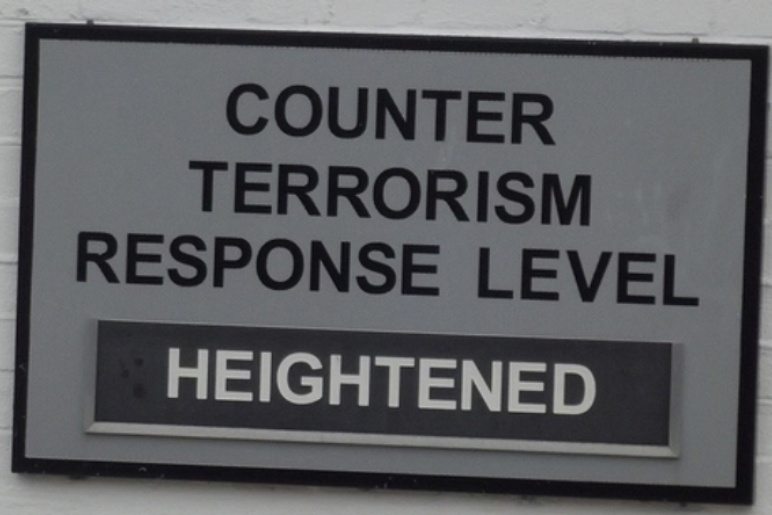 An extraordinary decision by the Information Commissioner’s Office (ICO) has equated anti-fracking protesters with extremism and terrorism. And that decision should worry us all. It shows the government’s attitude towards campaigners, and the measures they will take to stop them.

The Network for Police Monitoring (Netpol) made five Freedom of Information (FoI) requests to police forces in areas where fracking protests took place. The FoI asked how many referrals the police had made to Channel (part of the government’s anti-terrorism Prevent strategy) regarding fracking campaigners.

The responsibilities of Channel are to:

According to campaigners who contacted Netpol, their opposition to fracking had resulted in them being referred to the programme.

The police forces refused to disclose the information, so Netpol appealed to the ICO. But the ICO’s response doesn’t just equate fracking protests with terrorism and extremism. It also asserts that referrals to Channel only occur with good reason:

Channel may be appropriate for anyone who is vulnerable to being drawn into any form of terrorism… It follows from this that, for a referral to be made to Channel, it must be suspected that an individual is at risk of becoming involved in terrorist related activity.

Speaking to The Canary, Kevin Blowe, Coordinator of Netpol, slated the decision:

If the police claim an ‘extremist threat’ linked to any movement, even where no evidence exists, this is apparently sufficient for the Information Commissioner to side with them and against transparency. We know UK freedom of information law is extremely weak when it comes to openness on law enforcement and national security. It seems, however, that even if we had asked about ‘counter-radicalisation’ referrals relating to something as mainstream as, say, the Ramblers Association, we would still have been stonewalled. It was, after all, founded as the result of a mass illegal trespass.

Use of FoI suspicious

In fact, the ICO appears to think that just asking for the information is suspicious:

The same FoI request made to multiple forces could therefore identify how Prevent resources are apportioned across the country. Anti-fracking campaigns organise around designated locations across the country; confirmation of the existence of the requested information would facilitate the mapping of Prevent capabilities alongside anti-fracking campaigns and, when incorporated into a radicalisation strategy, could be used by extremists to evade detection, thereby prejudicing national security.

But as Blowe points out:

Netpol asked the same question to five north-west police forces in order to protect the identities of the campaigners who told us they had been referred to Channel.  Questioning our motivations and implying multiple requests for information might “facilitate the mapping of Prevent capabilities” contradicts the ICO’s own guidelines, which say public bodies should not take into account the intentions of a requester when considering whether to comply with a request for information.

Despite the ICO’s objections, the police have granted requests from news organisations around Prevent and Channel. For example, the police gave information to the BBC about the referral of 415 children under the age of 10 to Channel.

Netpol’s lawyer’s group is looking at the ICO’s decision and considering whether to appeal.

The police have shown repeatedly that they regard fracking protesters as an extremist threat. Fracking protesters have been included in Prevent training about extremism, and campaigners questioned under anti-terrorism legislation at airports.

But the reality is very different. A report released by Netpol claims it is the police who have to answer for the way they’re managing protests. From zero tolerance to intrusive surveillance, the report found that:

When coupled with an unfounded association with serious criminality and ‘extremism’ and an unwillingness by police to accommodate protests without routinely making arrests, this can start to quickly chip away at campaign groups’ support and participation and have a disruptive impact on their effectiveness and activities.

And it isn’t just campaigners who feel this way. Upon acquitting protesters of obstructing the highway in June 2016, the District Judge described the protest as “dignified and peaceful”. He further found that the police:

did not reach an accommodation to allow the protests to proceed in a manner that did not require arrests.

Protests will grow following the decision of Communities Secretary Sajid Javid to overrule Lancashire County Council and allow energy company Cuadrilla to develop a site at Preston New Road. And with a government determined to cut funding for renewables while investing in fracking and nuclear power, this is not going to go away. There are now Frack Off groups across the country which are ready to oppose the plans.

Meanwhile, Netpol has received funding until 2018 to continue monitoring and challenging the way the police are behaving and responding to fracking protests.

The bottom line is that these aren’t dangerous extremist groups. These are concerned residents and people worried about the environmental impacts of fracking. Impacts that include devastating the countryside, contaminating water supplies, and accelerating climate change.

We should all be concerned about this attack on the right to protest. Being able to voice our concerns and take action against plans which are likely to have a fundamental impact on our communities and environment is essential. The ICO’s decision has reinforced the police’s view that not only are fracking protesters potential extremists, but even asking for information about what they’re doing is suspicious in itself.

Protests and civil disobedience are not extremism, and they certainly aren’t terrorism. The majority of arrests and alleged “criminality” on these protests have only extended to minor disruption. And the fact that the government is so ready to not only label people as extremists but also as vulnerable to radicalisation should worry us all.

– Donate to Netpol to help them continue their work monitoring policing.