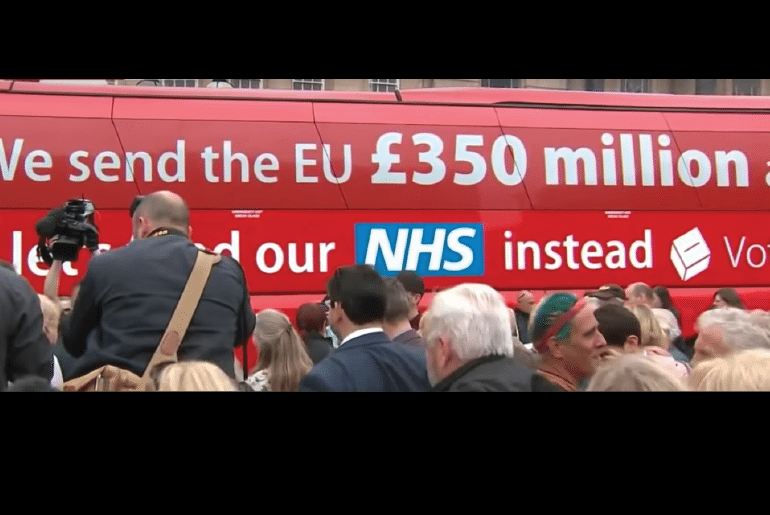 Pro-Brexit TalkRADIO host Julia Hartley-Brewer has come up with a bemusing excuse for Vote Leave’s pledge that the £350m we send to the EU every week could be spent on the NHS.

The pledge formed one of the key messages from Vote Leave. Although the £350m figure was disputed, it was a popular message. It also proved to be a misleading one, and the Vote Leave camp quickly abandoned it.

But while most of them simply avoid talking about it now, Hartley-Brewer is still defending it.

Hartley-Brewer engaged lawyer Jo Maugham QC in a discussion on Twitter with a classic example of a ‘strawman argument‘ – an ‘illogical argument‘ which does not answer the question asked, but an entirely different one instead. 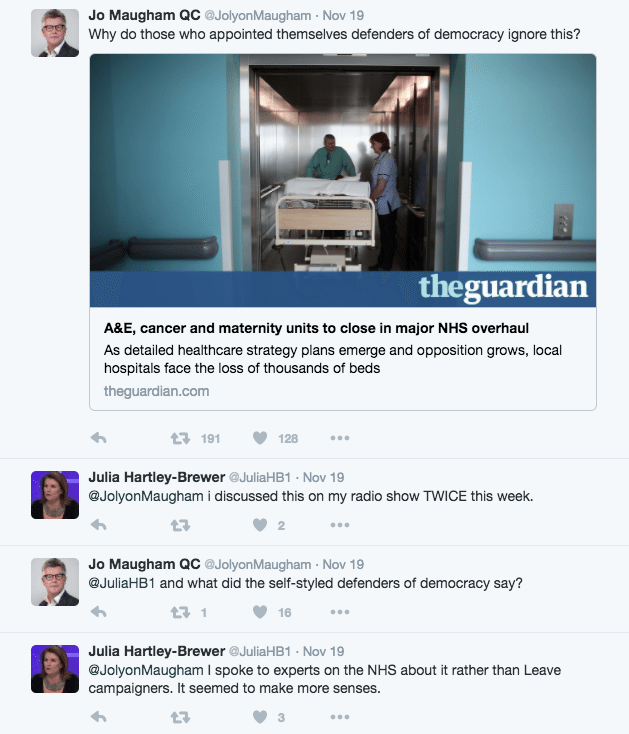 The discussion quickly moved on to the promises made by Vote Leave: 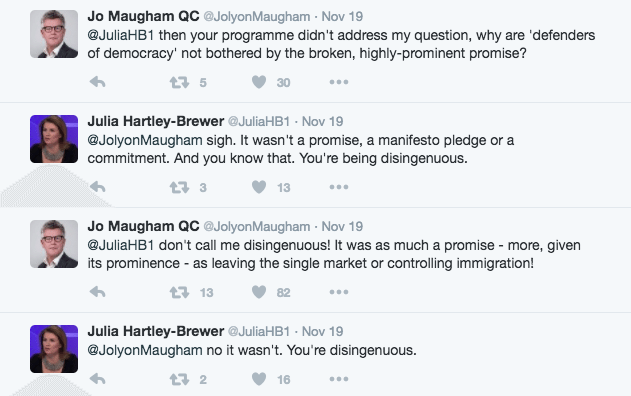 It was on the bus. It was repeated ad nauseam because Leave knew the message worked. It's indefensible. pic.twitter.com/mNdFF687Z2

And then, Hartley-Brewer came up with an excuse that either shows her own stupidity, or the stupidity she assumes in others:

"let's". As in "let us". As in we can choose how we spend this money ourselves. Which we now can. Not a lie.

Trying to make sense of it all

Schneider attempted to question her logic. 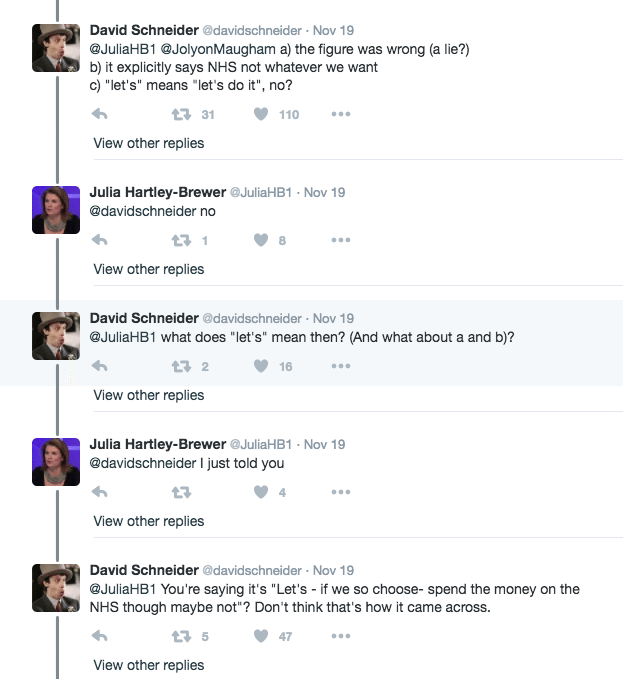 Finally, Schneider closed off his argument with a very important message.

Regardless of Vote Leave’s intentions, the campaign knew that many people would take its message literally. Furthermore, the campaign was very publicly warned about that message. Yet at no point did Vote Leave clarify what it actually meant. So some people in the UK voted based on what was at best a misleading message, and at worst an outright lie.

Vote Leave has not apologised for this confusion, and it has not spoken about why it failed to clarify its message. So if anyone is being disingenuous, it’s Julia Hartley-Brewer.