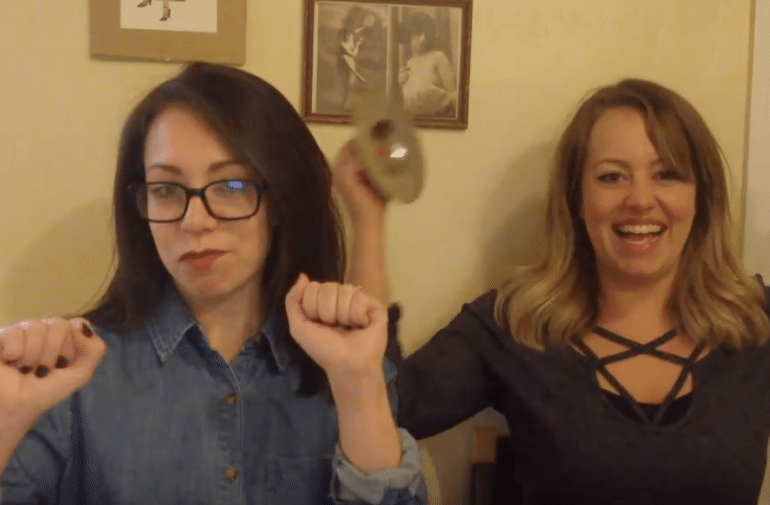 A comedy duo, Flo and Joan, have summed up the f**k-up that has been 2016 in a brilliant, two-minute song.

2016, it’s been a time. It’s been a struggle. But everything is fine if you’re a straight white male muggle. We’ve tried to stay composed, cross our fingers, count to ten. But every time we get to nine you f**k it up again.

2016 has become synonymous with the number of celebrities who have died. So many people who made massive contributions to the arts have been lost – and the song starts by referencing them:

The song then looks at the case of Brock Turner. Turner was caught raping an unconscious woman behind a dumpster. Despite being found guilty of three counts of sexual assault, a US judge sentenced Turner to just six months imprisonment because a longer sentence would have a “severe impact” on his athletic potential. Turner served three months of his sentence.

And the woman’s still to blame when men force their way inside us. Brock Turner’s not a rapist ‘cuz look how fast he swims.

Should we just unplug you and then plug you back in? Did your parents get divorced or did you just drink too much gin?

And there’s so much more

Flo and Joan also cram some of 2016’s other highlights into a few lines:

Then throw in all the shootings both on mass and by police. A spike in racist hate crimes and a bombing down in Nice. The death toll is upsetting and your politics a farce. Thank you 2016, you f*cked us up the arse.

‘Cuz all over the world it’s not looking good for you. If you’re female, Muslim, POC, or LGBTQ

Ultimately, 2016 will be remembered for Brexit and Trump. And this is where Flo and Joan really let loose:

Instead we get the spunk trumpets and f**k boys in this farce. Yes, you really took a dump when you let twat-nugget Farage lead a racist referendum – who put that sh***y frog in charge? Your Brexit was a dumb-dumb now our country lives in fear. You really are the skid mark of all the sh***y years.

They then describe Trump:

Yes, the USA’s now governed by a f**k-cheeto with hair.

And make the point that this turn to the right is happening everywhere:

And it’s not just in the States, the f**king clowns are everywhere… Three cheers for f**king Trump and his neo-Nazi crew. What a bloody, nasty, messy, boobie-f*ck to-do.

The pair finish by apologising for swearing and being “crude”, but they point out their anger in no uncertain terms:

Whatever your politics, 2016 will be remembered as a strange year. The year in which anti-establishment politics was hijacked by a wealthy elite; in which hate crime, racism and intolerance spread; and in which post-truth became the word of the year. And with just over a month left of 2016, the question we have to ask is: what else is going to happen before the year is out?