Theresa May just received a very nasty surprise, and it's brilliant news for the British public - Canary Workers’ Co-op 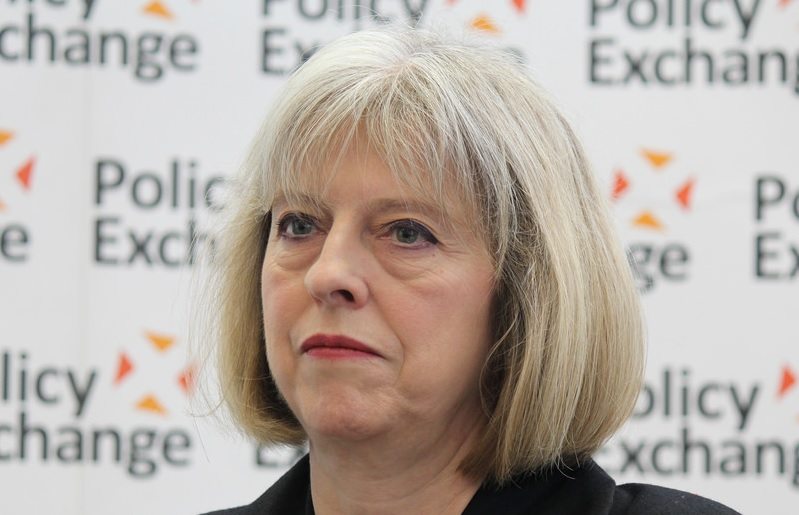 Prime Minister Theresa May just received some very bad news. A petition calling for the repeal of the Investigatory Powers (IP) bill reached over 100,000 signatures on 26 November. So parliament may, consequently, have to debate the draconian bill again.

While May has persuaded many politicians to support the mass surveillance legislation, the public has now stepped up its opposition. And with the Orwellian powers the IP bill contains, resistance is crucial.

May proposed the IP bill in November 2015, when she was Home Secretary, after whistleblower Edward Snowden’s revelations. Snowden had exposed the UK’s already existent mass surveillance programmes.

The IP bill will legitimise such practices. And essentially remove the right to privacy from UK citizens. When people communicate electronically, or interact with technology, internet service providers (ISPs) will have to store a record of that activity. And a long list of officials will be able to access those records. So an individual visiting a website, for example, will no longer be a ‘personal’ activity. Because the record of that interaction could surface and be used to profile them at any time.

The bill passed in parliament on 7 June. The House of Lords then approved it in November. But the petition was created on parliament’s own petition site. And according to that site’s criteria, parliament must consider it for a debate because it gained over 100,000 signatures.

As Open Rights Group Executive Director Jim Killock noted, further debate would give MPs “another chance to consider what they have voted for”. It would also give the SNP, the Liberal Democrats, and the Green Party further opportunity to oppose the bill. These parties voted against it in June.

Furthermore, Killock explained, a debate would enable MPs to consider the legal issues that may arise in upcoming court cases over the UK’s spying policies. The Court of Justice of the EU (CJEU), for instance, is currently hearing one case about data retention, brought by Labour’s Deputy Leader Tom Watson and David Davis MP (prior to Davis becoming a minister). And the European Court of Human Rights (ECtHR) is also investigating whether the mass surveillance carried out by the UK’s spy agencies constitutes a violation of our fundamental rights.

Protect yourself if parliament won’t

Meanwhile, UK citizens and tech firms are gearing up to protect themselves from the bill, should it receive royal assent. Tech companies are concerned that the vast amounts of collected data could fall into the wrong hands. Chairman of the Internet Service Providers’ Association (Ispa) James Blessing said:

So the profile of services that can avoid retaining such data is rising. Virtual Private Networks (VPNs), for example, protect your web browsing by bouncing the online activity through different servers. ISPs can log that you used a VPN but cannot record the actual websites you visit.

That’s exactly what it should do. Because the IP bill, in its current form, has no place in a democracy.

– Sign the petition to repeal the IP bill in its current form.

– Email your MP to urge them to debate the IP bill.