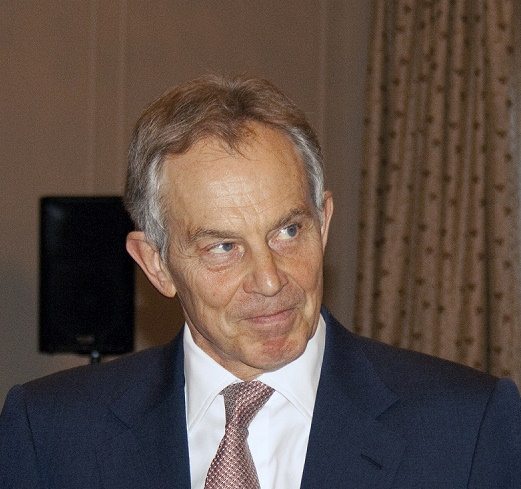 As Tony Blair faces more allegations over misleading parliament regarding the invasion of Iraq, another fresh scandal looks set to engulf him.

A whistleblower, known only as ‘Major X’ to protect his identity, has alleged that “army personnel dressed in police uniform” to act against groups considered ‘extremist’. And he has alleged that Blair knew about the army’s actions, and even authorised them. The journalist at the centre of the storm surrounding the former Prime Minister is demanding a public inquiry into the allegations.

In early November, the political blog site SKWAWKBOX reported allegations about the infamous 1984 Battle of Orgreave. It claimed that, during the battle, Margaret Thatcher used the military against striking miners. In an interview with an independent eyewitness, the blog alleged that the government used military personnel and horses. It also said that the police and alleged military started the battle. Additionally, it alleged that numerous police did not have official numbers on their uniform. And that some of those were using weapons such as knuckledusters.

The eyewitness’s claims also back up other contemporary testimony from the battle.

But now, SKWAWKBOX has spoken to another whistleblower. On 22 November, the blog reported that Major X – a former army officer – had named Blair in explosive revelations. The allegations show that Orgreave may not be the only time the army dressed up as police. And the officer alleges that Blair had full knowledge of the sinister operations.

shows army personnel dressing in police uniform to act not only against groups that are anything but extreme. But against the most surprising and controversial ‘extremists’ imaginable, with the full knowledge of at least two serving Prime Ministers [John Major and Tony Blair].

Major X claims to be a former army officer. He told SKWAWKBOX it was his job to assign military personnel in support of police operations against any group considered ‘extremist’ under both Major and Blair’s governments. Major X claims the army systematically issued the military personnel with fake police ID and uniforms. He also says both Major and Blair knew of the army’s actions – and even authorised them.

Blair in a damning cover up?

But Major X goes further. He says that military personnel impersonated police against various groups, organisations, and people during the 1990s. These allegedly included striking firemen, prison officers, and animal rights activists. But most shockingly, Major X claims that even the Royal Family and EU diplomats were spied upon by these possibe undercover army personnel. He claims that the role of the military against these groups and people was:

primarily for surveillance, but occasionally for infiltration and arrest operations.

Major X’s full interview with SKWAWKBOX reveals even more startling details. Essentially, he claims that the army was used as ‘Black Ops’, to beef up police forces against anyone deemed a threat to the state. But Blair’s alleged knowledge and authorisation of these sinister operations is perhaps the most worrying aspect.

If true, this amounts to, at best, yet another forceful crackdown by Blair on trade unions and left-wing organisations. But at worst, Major X’s explosive testimony suggests a flagrant abuse of power by Blair. One which stretches the definition of ‘extremist’ to suit his own, divisive agenda. But Major X’s revelations, when juxtaposed with the same operations at Orgreave, also beg the questions: just why has the Conservative government refused an inquiry into Orgreave? And what exactly is it trying to hide?

These are allegations which demand a full and thorough public inquiry.

– Read the full article from SKWAWKBOX.