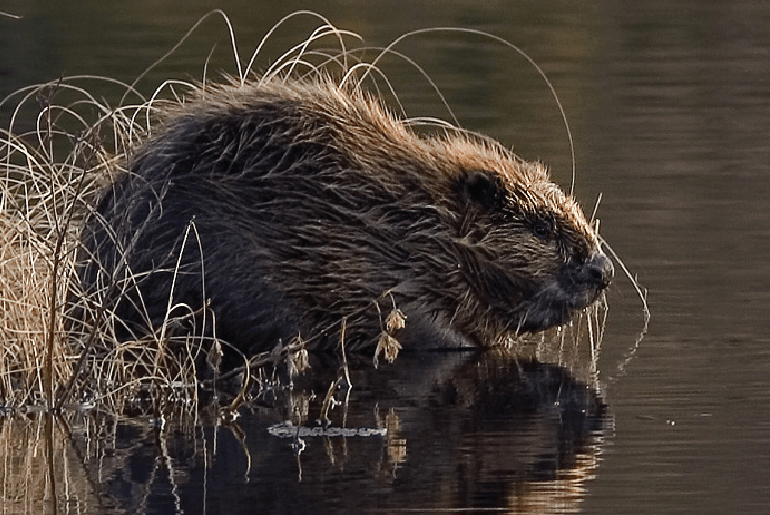 The Eurasian beaver has been officially reintroduced to Scotland following a five-year trial and review. They had been extinct in Britain for over 400 years, but beavers now once more count as a native British species. This also makes them the first official mammal reintroduction in the UK.

The Scottish Beaver Trial was an experiment to assess the possibility of reintroduction. It took place between 2009 and 2014, and was the first project of its kind in the UK. The trial involved the Scottish Wildlife Trust, The Royal Zoological Society of Scotland, and the Forestry Commission of Scotland. The following video contains highlights from the now finished trial.

Part of the reason for introducing beavers is that they can actually enhance and restore their environment. One way that they do this is by ‘coppicing’ trees. This involves cutting down trees but not killing them. New growths will then spring from the trees, and this can benefit several other species. Beavers will also create new wetlands through damming waterways. These wetlands naturally become host to the plants, insects, and animals that inhabit such environments. It can also improve the quality of the water as the dams filter out impurities. The beavers’ actions can also help reduce flooding by limiting the flow of storm-swollen rivers.

Wildlife tourism in Scotland is also expecting a boost from beavers. A value of £127m [PDF] has been attached to Scottish wildlife tourism. This is a good example of how wildlife diversification can benefit the economy as well the environment.

Beavers are also living wild in England. Several of the animals appeared mysteriously on the River Otter in Devon. These beavers were captured and checked for diseases in 2015. The Devon Wildlife Trust was granted a five-year trial to see if reintroduction was viable after the animals were found to be clean. The same trust has also been running another beaver trial on a securely-fenced, private site in west Devon since 2011. Beavers could also become native in England, if one or both trials are successful.

There have been calls to introduce other extinct British species. Wild boar, supposedly absent for at least 300 years, now live freely in significant numbers. But as the descendants of farm escapees, they have no official legal status. Possible deliberate reintroductions could include the lynx or the wolf. The trial of Eurasian beavers has informed the research into whether such reintroductions are possible. Dr Kim Ward from Plymouth University and Dr Jonathan Prior from Cardiff University carried out the study.

Disruption to rural business is a chief concern of the most vocal critics of the Scottish Beaver Trial. They argue that the beavers’ potential to build dams along waterways, and fell trees, changes the dynamics of the wider landscape in ways that cannot be predicted and will negatively impact the rural economy.

These challenges arise when taking grand ideas for theory into practice, and when rewilding takes place we need to see how conflicts can be negotiated with the local community. Rewilding needs to be holistic, it can’t just be solely conservation-led.

The Scottish government has decided that the benefits outweigh the negatives. This is particularly welcome after some regressive voices threatened to derail the project. And it will give hope to anyone who wants to see more reintroductions in future. It’s also a testament to the good work that wildlife groups have done to make sure that the beavers’ reintroduction has run smoothly. If this good work continues, the narrowing of British mammal diversity may finally be going into reverse.

– You can support the Devon Wildlife Trust here.