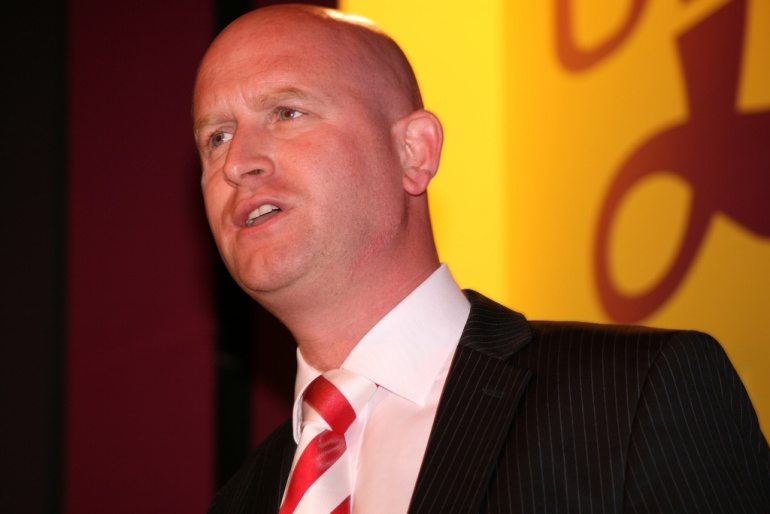 Paul Nuttall is the new leader of UKIP. The former deputy leader of the party won 62.6% of the vote and will now replace former leader Nigel Farage. But there are worrying signs that Nuttall may be even worse than Farage.

Nuttall claims that he wants to:

And he believes that, under his leadership, UKIP can overtake the Labour Party in working class communities:

I think in some of these communities we can replace the Labour Party in the next five years.

But what does he believe?

Aside from the standard UKIP pro-Brexit and anti-immigration stance, some of Nuttall’s views are disturbing, to say the least. During an interview he gave in the run-up to the leadership election, he claimed that the rise in hate crime following Brexit was not “substantial”. And he also defended the controversial Leave.EU ‘Breaking Point‘ poster, stating that it was “absolutely correct” to point out a “deluge of people from the Middle East”.

A report has called climate change a greater threat to humanity than terrorism. A survey by the World Economic Forum of 750 experts also found that climate change is the biggest threat to the economy in 2016. And according to NASA, 97% of climate scientists agree that not only is climate change happening, it is “extremely likely due to human activities”.

But Nuttall is a climate change sceptic. Writing in 2010, he stated:

As a sceptic in regard to climate change, I think we all need to be assured about the credibility and motivation of scientists onboard the global warming wagon.

And despite the fact that climate change threatens all of us, Nuttall says he is not going to speak about the issue – alongside fair trade and Palestine – because:

Nuttall is no fan of the NHS, either. In a subsequently deleted post, Nuttall congratulated the government on its efforts to privatise the service:

I would like to congratulate the coalition government for bringing a whiff of privatisation into the beleaguered National Health Service.

He further claimed that the NHS is the “sacred cow of British politics” and that:

The problem, however, goes far deeper. I would argue that the very existence of the NHS stifles competition, and as competition drives quality and choice, innovation and improvements are restricted.

And yes, there’s even more

But if promoting racist posters, denying climate change, or dismantling the NHS isn’t enough, Nuttall has a raft of other ideas. And they are all distasteful, to say the least.

He is in favour of a ban on abortion and supports a referendum to reinstate the death penalty. He also wants to ban the burqa in public spaces in order to aid surveillance.

And if that isn’t enough, he is also pro-fox hunting and joked that Nicola Sturgeon should be thrown in front of a horse for the SNP’s role in keeping the ban.

Additionally, he’s been accused of homophobia for opposing LGBT-inclusive sex and relationship education.

Maybe our best hope is that he puts as little effort into being the UKIP leader as he does into his role as an MEP. After all, he is ranked 736th out of 756th out all MEPs in terms of attendance.