Tory radio host Julia Hartley-Brewer just made her most cockeyed claim yet, but Twitter set it on fire [OPINION] - The Canary 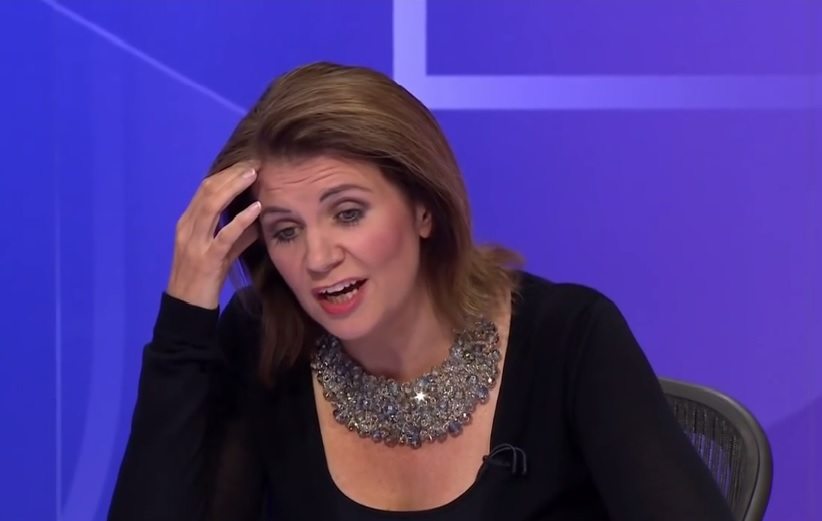 TalkRADIO host Julia Hartley-Brewer has landed herself in hot water on social media. In a Twitter exchange about integration with an assistant professor at Warwick University (Lucy Mayblin), Hartley-Brewer wrote:

this is a largely white country. It's not the job of people already living here to integrate. It's the job of new arrivals.

The assertion that “new arrivals” to the UK are wholly responsible for making sure they integrate with the “white” people already living here didn’t go down well with observers.

By equating 'new arrivals' with 'non-whiteness' you reveal the essential racism underlying your statement, Julia.

What has colour got to do with this? An immigrant is an immigrant regardless. Or are some human being worth less?

Wow can't even approximate Katie Hopkins level of dog whistle in what she says doesn't even make sense.

Hartley-Brewer argued that she only used the word “white” because Mayblin brought it up first. And that’s true. Mayblin had stated that the research she has seen found that white middle-class people were the most segregated group. Yet the TalkRADIO host did not address that point. Rather, in that context, she basically just told Mayblin that it’s a white country and so what if those white people don’t integrate well.

Commentators also pointed out an awkward parallel in response to the tweet:

stunning irony from a Brit whose country had always encouraged 'integration' in the countries THEY colonised.

Hartley-Brewer claimed the comparison between Britain right now and the days of empire was “absurd”. So the crowd gave her a more recent one:

Over 700,000 Britons currently live in Spain, according to estimates. And many of them live in secluded communities, with little command of Spanish or contact with the local community. So Britons themselves are not integrating well when they move abroad. Yet Hartley-Brewer doesn’t mention this failure at all.

You get what you pay for

Other critics drew attention to Britain’s role in creating immigration:

no, that's called hypocrisy. Multicultural 🇬🇧born of Empire. Deal with it.

Empire made Britain multicultural from its inception.

Building the empire was an expansionist, resource-hungry endeavour. And Britain profited massively as a result. A consequence of that choice, however, was that some people from the empire eventually came to Britain. More recently, meanwhile, Britain’s involvement in multiple wars has helped uproot a number of communities abroad, contributing to today’s refugee crisis. And, of course, it was the UK’s choice to join the EU.

So as an allegedly responsible country, we should gracefully accept the consequences of those decisions.

In fact, that culpability lays waste to Hartley-Brewer’s assertion. She claims immigrants who arrive in the UK bear the responsibility for integration because they decided to come. But if the UK itself bears responsibility for their arrival, isn’t it our job to make that work?

At the same time, there are other broad chasms between sections of British society, and not on ethnic lines. Take, for example, the divide between those who govern and those they govern over. For the most part, these cultures are miles apart. Yet no one expects the British electorate to hole up in a stately home studying a copy of The Etiquette of Champers-Quaffing in order to prove they are able to make that relationship work.

There are multiple things that unite or divide us in society. And we should all take responsibility for ensuring the former is achieved and the latter is resolved. Hartley-Brewer has failed miserably in doing that. Instead, she used skin colour to try and deter British society from attaining such cohesion.

But the commentators on Twitter were near unanimous in their condemnation of her effort. So unity prevailed after all.

The Canary approached Julia Hartley-Brewer for comment but had not heard back by the time of publication.

– Help to create a modern, inclusive Britain with HOPE not Hate.