People asked a shop to stop selling golliwogs, and its response was appalling [IMAGES] - Canary 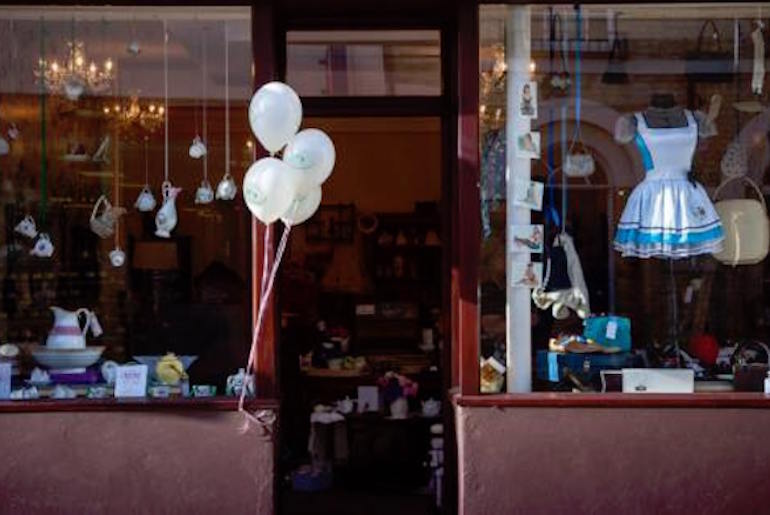 A shop in Essex is facing accusations of racism after complaints that it sells golliwogs. But the owner of The Mad Hatter’s Vintage Emporium in Saffron Walden claimed they sell “7 gollies a week”, and that the negative comments were from “a few vile horrible thinking people”.

The golliwogs were spotted by Prerona Prasad, who decided to ask the owner why she stocked them. According to Prasad’s Facebook post: 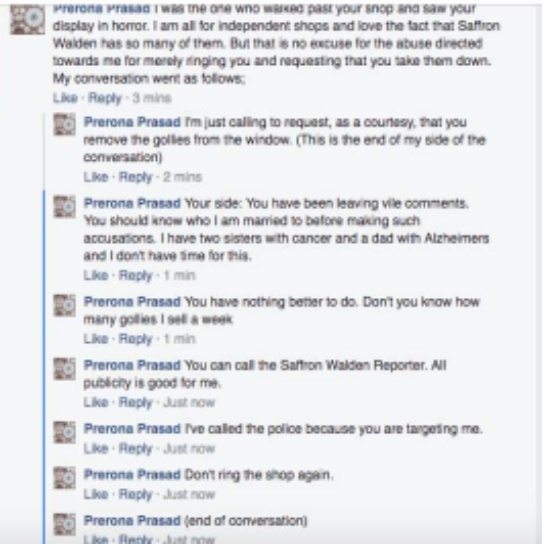 And when she tried to explain this, she said, the owner started shouting at her and she “couldn’t get a word in edgeways”.

The owner of the shop took to Facebook to respond to the claims. On a page which has subsequently been deleted, it claimed: 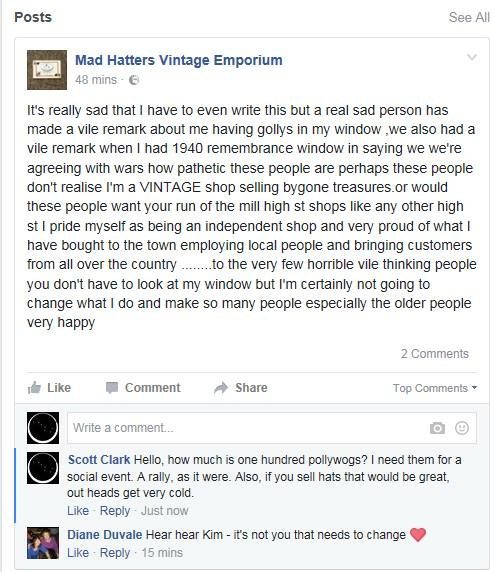 But while the shop claims to be selling “bygone treasures”, Prasad said they looked new and mass-produced.

People took to Facebook to object to both the sale and the manner in which the debate was shut down, but their comments were deleted: 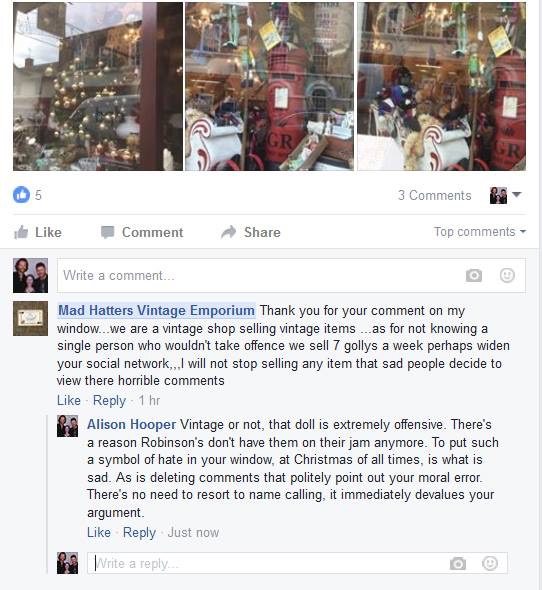 Other people also tried to point out why golliwogs are offensive: 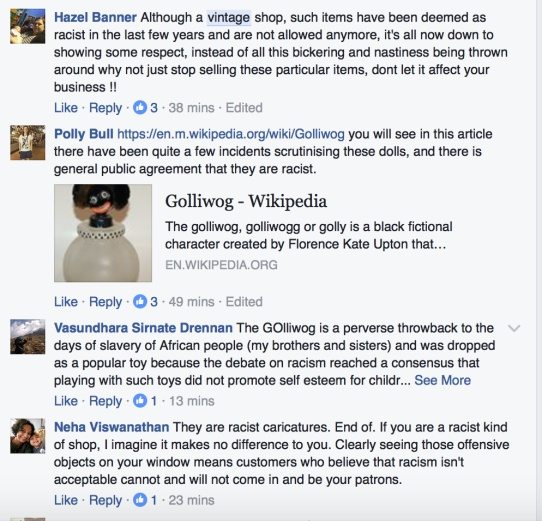 But this didn’t seem to make any difference to the owner: 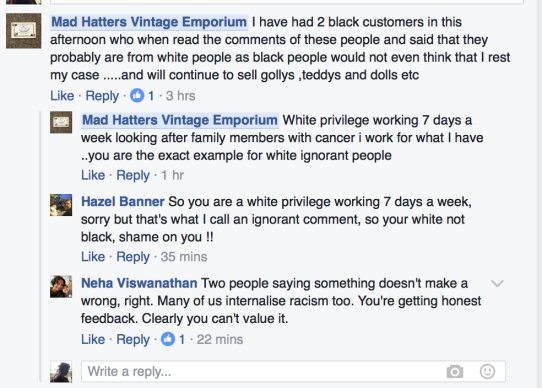 As many people pointed out in the comments, most retailers have stopped selling golliwogs due to their racist connotations. Toy store Hamleys outlawed their sale in 2009, stating:

We have stopped selling the toys today. If they are causing offence to people it is our position that we do not want to sell them any more.

And in September, an Enid Blyton gift shop advert featuring a golliwog was banned after complaints to the Advertising Standards Authority (ASA). The ASA found that “many people” would view the character as “representing negative racial stereotypes” and that:

Its prominent inclusion in a press advert was likely to cause serious or widespread offence.

Golliwogs were invented as a character by author Florence Upton in 1895. She described them as “a horrid sight, the blackest gnome”. And as Hannah Pool wrote in The Guardian in 2009:

Unless you have been spat at, kicked or had eggs thrown at you, all while being called that hateful term, it is unlikely you will ever understand why a small doll causes such a big fuss.

Pool continued, “there are far more racist images, but this is one I thought we’d all agreed was unacceptable”, and wrote:

Each time I hear it, it’s like a fresh punch, a reopening of old wounds, made worse by the fact I’d foolishly assumed the standard of the race debate had risen higher than “is it racist to call a black person a golliwog?”

Selling golliwogs should not be acceptable at any time. They are part of a racist history. And labelling them as ‘vintage’ or ‘nostalgia’ cannot be an excuse. But given the spike in ethnically-motivated hate crimes following the Brexit vote, the issue is even more sensitive.

It can only be hoped that the owner of this shop and any other shops selling these “toys” listens to the outrage this has caused and removes them from sale. Unfortunately, if their Facebook posts are anything to go by, this seems unlikely.

The Canary contacted the Mad Hatter’s Vintage Emporium for comment but had received none by the time of publication.

– If you’ve been a victim of hate crime, get support here.