In one fell swoop, this Tory MP exposes HER OWN government's dismal record on social welfare [VIDEO] - The Canary 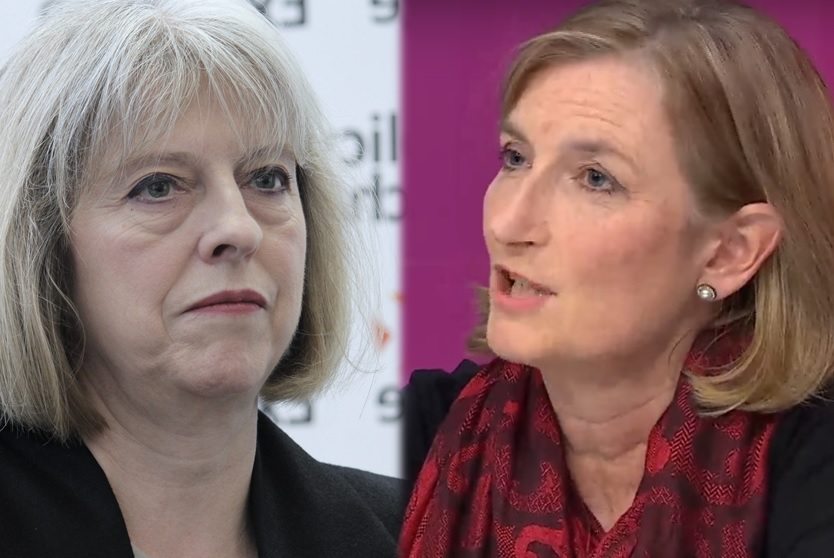 The current state of the NHS and social welfare in general is not great, to say the least. And it’s not every day that a Conservative MP admits that on TV. But that’s exactly what happened on BBC Question Time on 8 December – and in Theresa May’s own constituency, no less.

Dr Sarah Wollaston is a Tory MP who currently chairs the Health Committee in the House of Commons. Formerly a doctor, she worked in the NHS for 24 years before entering parliament in 2010. The Guardian has called her a “forthright backbencher”, who has previously criticised top-down government reforms to the NHS. In 2015, for example, she suggested that Health Secretary Jeremy Hunt and other MPs could do with taking “a course in statistics”.

As a panellist on BBC Question Time in the Prime Minister’s constituency of Maidenhead, she spoke candidly about the state of both the NHS and social care in Britain today. For example, she said:

Unfortunately, in many parts of the country now, we’re seeing that social care is in a state of collapse.

While she didn’t go into detail about the reasons, it would be difficult to shift the blame anywhere other than the Conservative Party after six years of Tory-led government.

Not enough money going in

The question Wollaston was answering was about whether Britain needs to raise more money through taxation in order to improve the NHS and other public services. And she began her answer by saying:

Well, I certainly think we need to raise more money for our NHS and social care.

And if we had any doubt that the former GP thought the government was putting too little money into the NHS, she said later in the discussion:

I agree with you that we’re not putting enough in.

The decline of social welfare under the Conservatives

At The Canary, we have followed the deteriorating state of the NHS under the current government very closely. It is a system in which: temporary bosses receive astronomical salaries; disabled people suffer as a result of cuts; economists from the Institute for Fiscal Studies claim funding has never been so low; the UK Statistics Authority has slammed the government’s ‘confusing’ £10bn funding claim; the government is seeking to privatise parts of the NHS that are profitable; and private providers like Virgin Care are getting a bigger and bigger piece of the pie.

And that’s just news from the last month.

This image perhaps sums up the Tories’ record in power best:

In short, both Andrew Lansley (2010-2012) and current Health Secretary Jeremy Hunt – the man who once advocated privatising the NHS – have overseen a rapid deterioration in the system’s financial health.

The NHS is socialist

Socialism has worked. The NHS is a pocket of socialism in our country… I’m very proud of that, and so should we all be.

Even neoliberal thinktank the Adam Smith Institute supports that assertion, calling the NHS a “socialist relic”.

And experts have consistently called that ‘relic’ one of the best and most efficient healthcare systems in the world. Better than in countries which spend much more on health or have profit-driven systems, in fact.

No wonder even Conservatives like Wollaston believe we should be spending more money to keep that relic alive.

– Join the campaign to Keep Our NHS Public here.