The Sun jumps on the anti-BuzzFeed bandwagon, falls off immediately - Canary Workers’ Co-op 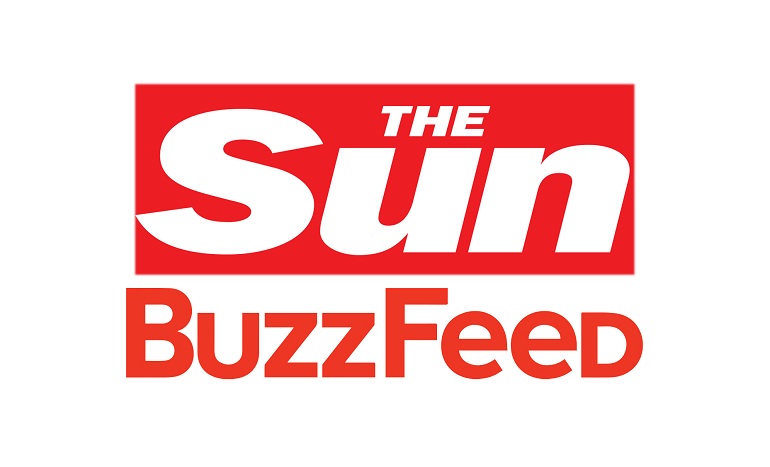 BuzzFeed entered a media storm on 10 January with its publication of an unverified dossier relating to Donald Trump’s ties with Russia. But in the ensuing war of words, there were no real winners. Just opportunists. And in the UK, one of the biggest seemed to be The Sun.

Buzzfeed made a mockery of journalism with false Trump allegations

It was perhaps no surprise that The Sun would jump to Trump’s aid, given that the US President-elect took time out of his busy schedule on 9 January to call Murdoch “a great guy” on Twitter. It was also no surprise that the paper would do so in such a hypocritical and misleading manner.

The big critique of BuzzFeed in the media world was something the outlet itself recognised – that the dossier was “unverified” and “contains errors”. But discussion about what’s true or false in the document is ongoing. And The Guardian describes the apparent author of the dossier as “a sober, cautious and meticulous professional with a formidable record”, citing intelligence sources.

On the other hand, it’s only really Trump’s allies (like The Sun) openly calling the dossier fake. And Trump himself has joined the outlet in using the opportunity to attack his opponents. In particular, he skipped over BuzzFeed (which he called a “failing pile of garbage”) to target a bigger fish – CNN – which had published an article before BuzzFeed mentioning the dossier but not publishing it in full. On 12 January, he tweeted that CNN was “FAKE NEWS” (in all caps, of course). Responding to such allegations, the outlet has challenged Team Trump to “identify, specifically, what they believe to be inaccurate” in its reporting.

Making “a mockery of journalism”?

Portraying itself as a bastion of journalistic integrity, The Sun was quick to pass judgement on BuzzFeed, saying it had made “a mockery of journalism” by publishing the unverified dossier on Trump. “Online journalists” today, it said, “run wild”.

Let’s just remember here that The Sun is the same paper that:

And the list goes on. Suggesting that we really shouldn’t listen to The Sun when it talks about journalistic standards and ‘running wild’.

And in all fairness, the paper was touching on a point made across a number of media outlets – that BuzzFeed had made the wrong decision by publishing uncorroborated information.

Facing the brunt of Trump’s criticism, CNN soon lashed out at BuzzFeed on Twitter. CNN anchor Jake Tapper then called the outlet’s decision “irresponsible journalism that hurts us all”.

Other outlets also criticised BuzzFeed. The Guardian, for example, published a piece titled BuzzFeed was wrong to publish the Trump rumours. This insisted that “printing unverified claims… damages proper journalism”.

Smith has responded to such criticism by saying:

Once it emerges in the public conversation that there is this secret document floating around full of dark allegations that we will not refer to, then I feel in this era you really have to show your readers what that is in an appropriate context… I think this is a place where sunlight is a disinfectant.

But BuzzFeed wasn’t without its supporters:

Glenn Greenwald, meanwhile, quickly slammed both BuzzFeed and CNN for reporting on “a completely unvetted and unverified document”. He believed that not publishing the information would have been the right call because verification was so difficult. But he told BBC Newsnight:

once the intelligence agencies called CNN to tell the world that the FBI and CIA had briefed the President and President-elect on this material and that Russia allegedly had dirt on Trump, I actually think BuzzFeed did an important journalistic service – by ending the speculation about what that was and letting everyone see what a farcical document this actually was…

In big media storms like this one, there will always be opportunists. People ready to paint the issues as black and white. BuzzFeed boosting its own profile by going where most outlets thought it was inappropriate to go. Rags like The Sun trying hopelessly to take the moral high ground. And Team Trump using the whole situation as an excuse to label hostile media outlets as “FAKE NEWS”. Ignoring, of course, all the times Trump himself has spread fake stories with reckless abandon.

There are many serious issues at play here. In both the media and political worlds. A media outlet has published classified raw intelligence that was both unverified and largely unverifiable. And this will have a significant impact on both worlds.

But while debate continues about whether BuzzFeed made the right or wrong decision, there is one point we must remember. The best way to truly beat Trump is not to rejoice in uncorroborated gossip. It’s to hold him to account using strong, independently verified information. Not the type of speculative, unverified rumours published this week.

– See other Canary articles about Donald Trump and BuzzFeed at The Canary Global.