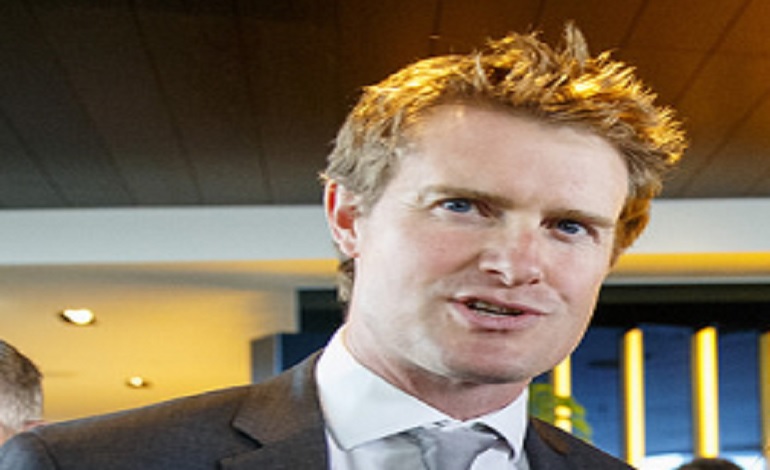 On Friday 13 January, Labour MP Tristram Hunt resigned from the party, triggering a by-election in his constituency of Stoke-on-Trent.

Hunt, a former Shadow Education Secretary, had been an MP since 2010. He was re-elected in 2015 with a 5,000-vote majority, but faced a significant challenge for the seat from UKIP. Prior to becoming an MP, Hunt was a historian and broadcaster. Privately educated at University College School in London, he studied history at Trinity College, Cambridge as well as at the University of Chicago.

He has always been a controversial figure within the Labour Party. He is related to Conservative peer and former Health Secretary Virginia Bottomley, who has been criticised for her links to private health companies. Hunt is viewed as being to the right of the party. He famously crossed a picket line of striking academics at London’s Queen Mary University to give a lecture. Which was, somewhat ironically, on Marx. The Morning Star reacted with this front page: 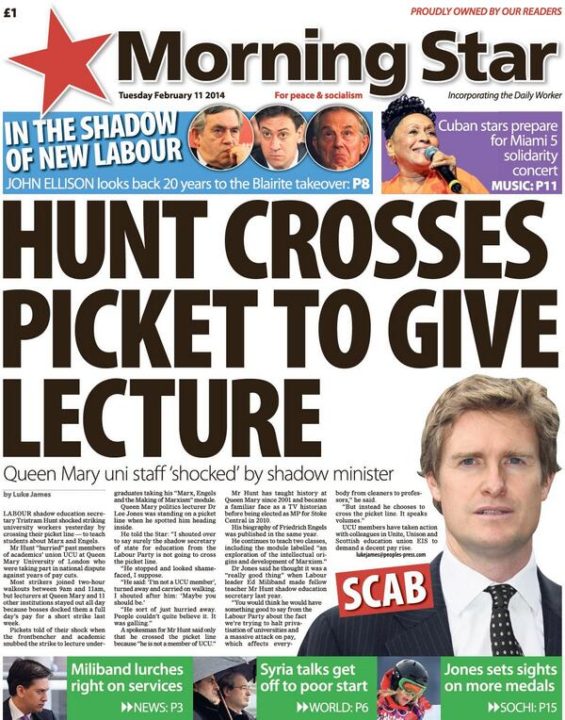 “You are the one per cent”

In November 2015, he gave an infamous speech to students at Cambridge University Labour Club, calling on them to show “leadership” in the party:

The way you serve the Corbyn leadership is to be as dissenting and creative as possible… You are the top one per cent. The Labour Party is in the shit. It is your job and your responsibility to take leadership going forward.

Tristram Hunt showed how much of a petulant mentality he has when he ruled himself out of ever serving in Jeremy Corbyn’s cabinet, and has continued to demonstrate his petulance with regular toy-throwing tantrums about the fact that Jeremy Corbyn won the Labour Party leadership.

Instead of trying to constructively push the party in the kind of direction he would like, he’s chosen to have repeated hissy fits and refused to play at all, preferring to throw bizarre childish tantrums on the sidelines in the vain hope that everyone will stop playing and begin celebrating him as the visionary champion that brought the “terrible” game of Labour Party democracy to an end.

Just before the coup against Corbyn began in June 2016, Hunt wrote an article for The Guardian, calling on members to “do something about the Labour leader”. It was after this column that he resigned as Shadow Education Secretary.

Hunt was mocked by news site Guido Fawkes in 2013, after an interview on Jeremy Paxman on BBC Newsnight:

Hunt: the one per cent

Social media has been reacting to the news of Hunt’s resignation:

Of all the things that Tristram Hunt achieved as an MP, this was probably the greatest. https://t.co/M1iHkJfTNb

In 2015 Tristram Hunt was "Britain’s least popular MP: a derisory 19 per cent of constituents voted for him" https://t.co/97LtvGzKkm pic.twitter.com/b9tfiZOraV

Hunt implied in a statement that his decision to quit Labour was nothing to do with Corbyn:

I am sorry to put you, the party and the people of Stoke-on-Trent, through a by-election. I have no desire to rock the boat now and anyone who interprets my decision to leave in that way is just plain wrong.

But his resignation follows in the footsteps of another ‘Blairite’ MP, Jamie Reed, who quit his Copeland seat in December 2016 to work in the nuclear industry. It would seem that instead of attempting another ‘Chicken coup’, anti-Corbyn MPs are choosing to jump ship. Which may give some indication of just what these people stand for. Because with both Hunt and Reed taking highly paid jobs instead of serving their communities, maybe they were in the wrong party to begin with.