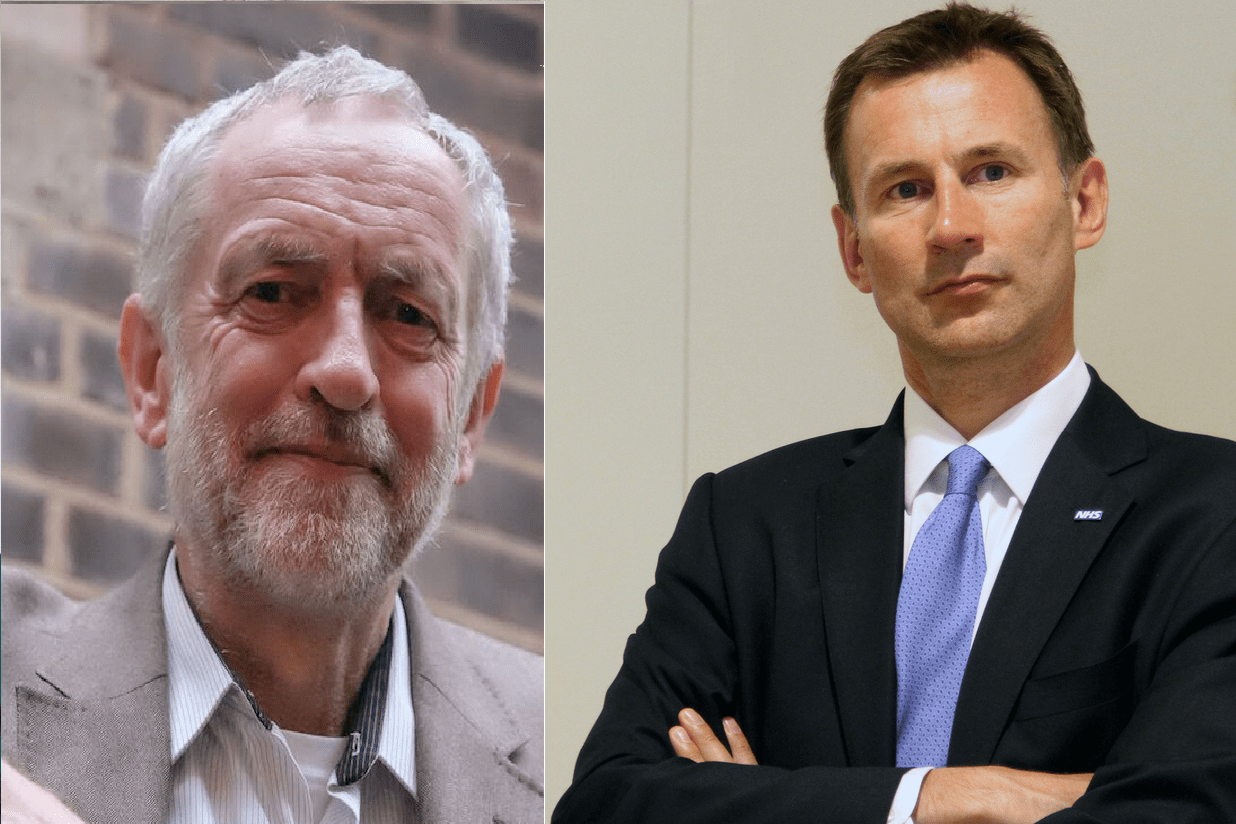 Jeremy Corbyn has made short work of Jeremy Hunt on Twitter. The Labour leader pointed out that the Health Secretary’s own local hospital has declared a “state of emergency”:

.@Jeremy_Hunt you have failed our NHS & our country. Your own local hospital has declared a state of emergency. Stop dithering & take action

Almost half of all NHS Trusts have declared one of the two highest states of alert in the past week.

In one of the most recent examples of an NHS under immense pressure, a Rainham grandmother lay on the floor of a car park for three hours waiting for an ambulance after being hit by a car. Almost 24 hours after the incident on 12 January, Karen Barnes was still waiting in A&E.

This is how my poor mum laid as she waited three hours for an ambulance. Three hours she laid on the cold wet floor of a car park after being hit by a car. I knew the NHS were stretched but this is just disgusting

This is not an isolated incident.

On BBC Question Time on 12 January, former Channel 4 economics editor Paul Mason laid out the facts on the NHS under this Conservative government:

The four-hour wait target hasn’t been met since July 2015. Four million people are waiting for referral for treatment. Ambulance times haven’t been on target in 20 months. We’ve got a doctor writing in The London Evening Standard about people going for an operation, having their bed filled, and can’t get back into the bed after being operated on – a serious operation. Now what we shouldn’t do is reduce it to a single cause because there are a lot of problems with the NHS… But the fundamental thing that lies behind all this is the lack of money.

These charts also show the critical condition of our NHS. NHS funding has dramatically decreased since 2010, according to the government’s own figures.

On 12 December, Corbyn flushed out the Conservatives’ real plan behind unsustainable funding levels. He said the Conservatives are sneakily privatising the NHS despite the extra cost handing profits to shareholders entails:

The Conservatives are privatising our NHS by stealth despite the repeated failures and costs of private provision.

It saddles us with an expensive and unnecessary internal market. It puts tax avoidance, not patient care, at the heart of its management. It also promotes excessive boardroom pay and grotesque inequality.

When health services are privatised, the brakes come off the pay of the executives in charge.

Corbyn stated that his new policy would help with such inequality; that no public sector department or government contracted company could pay its bosses more than 20 times the salary of the lowest paid worker.

As Corbyn notes, the Conservatives are on an ideological mission to privatise the NHS by defunding it. Apparently, patients falling by the wayside in the process are not a problem.

Corbyn was right to shut down Hunt on Twitter. After all, the Health Secretary’s family is heavily involved in private healthcare.

These privateers are circling around our NHS like vultures. We must stop them.

– Support The Canary so we can continue to expose political spin.

– Write to your MP, asking if it is now official government policy to move towards a privatised NHS.