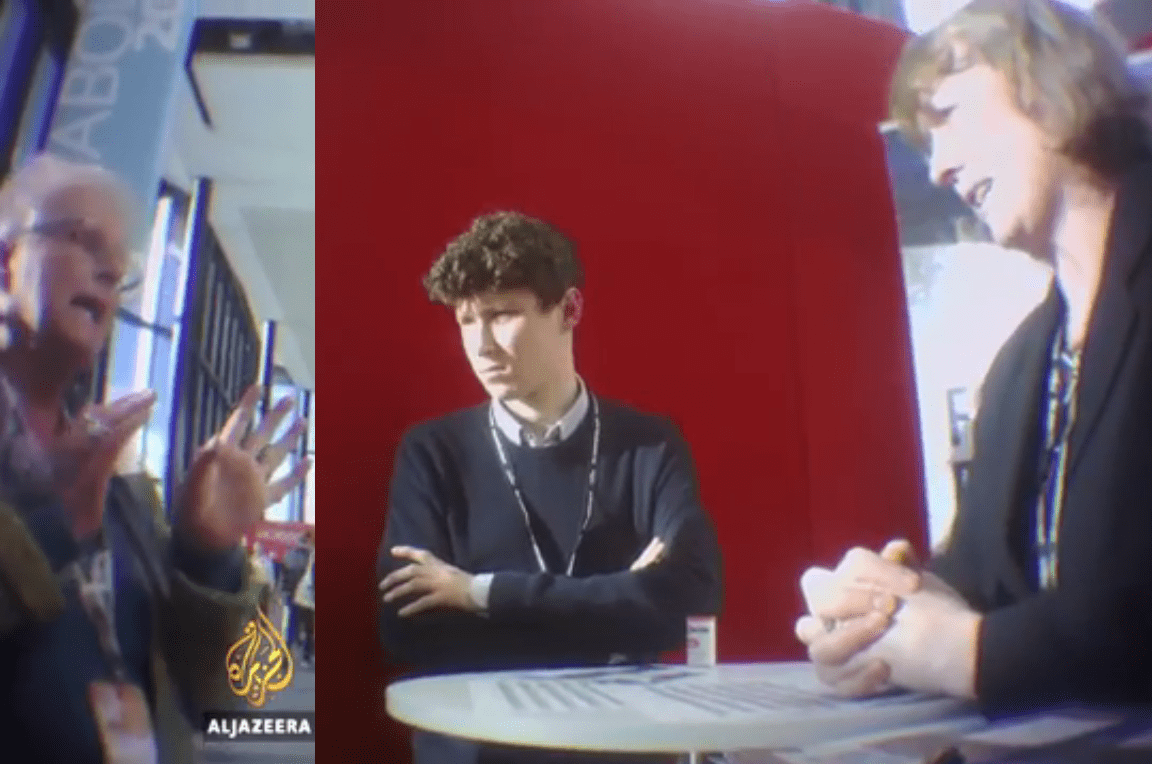 After reporting on the first part of Al Jazeera‘s investigation into the Israeli lobby, the mainstream media appears to have conveniently missed the latest part on antisemitism in the Labour Party. Perhaps because it raises serious questions over the corporate media’s coverage on allegations of antisemitism since Jeremy Corbyn became Labour leader.

Part three of Al Jazeera‘s investigation centres around an exchange at the Labour Friends of Israel (LFI) stall at the Labour Party conference in September 2016. Jean Fitzpatrick, a Labour Party member, was reported to the party’s controversial Compliance Unit for allegedly peddling an antisemitic trope that Jewish people run the world.

At the time, Fitzpatrick’s comments were reported as unequivocally antisemitic, even as an “attack”, in the national press: 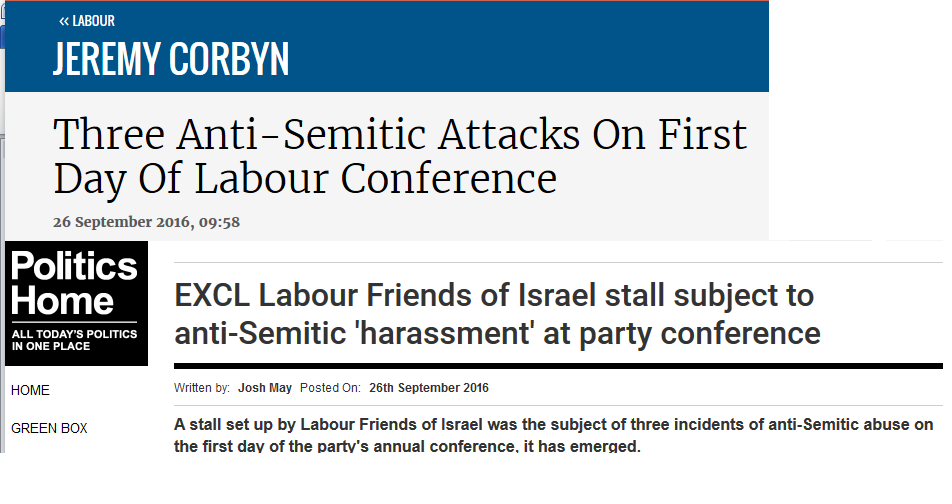 But it turns out that an undercover Al Jazeera reporter was secretly filming the exchange between Fitzpatrick and Joan Ryan MP, chair of the LFI. And the footage appears to show that Ryan misrepresented Fitzpatrick’s comments to bring them in line with the antisemitic trope.

Fitzpatrick wanted to know “in practical terms” what the LFI was doing to bring about a two-state solution between Israel and Palestine.

The footage brings into question the veracity of allegations of antisemitism made by the LFI in the face of difficult questions about the colonialism of the State of Israel.

Responding to the investigation, Ryan said she felt her actions were “entirely appropriate”.

Of course, antisemitism is a serious problem. But a report by an influential parliamentary committee stated that “the majority of anti-Semitic abuse and crime” comes from the far right. And that there is “no reliable, empirical evidence to support the notion that there is a higher prevalence of anti-Semitic attitudes within the Labour Party than any other political party.” These admissions seem at odds with the corporate media coverage of the Labour Party under Corbyn.

Criticisms of the State of Israel must not be conflated with antisemitism. A City University report in 2015 found that, among British Jews:

opinions that are highly critical of Israel’s conduct and policies may often co-exist with clear support for its legitimacy and survival.

We must make sure that people remain free to criticise the State of Israel without being labeled antisemites. The LFI, meanwhile, needs to come up with a practical plan if it is truly dedicated to a two-state solution – not just the slogans seen in the footage.