A homeless man is murdered, and the Tory MP reacts by trying to close the hostel that supported him - The Canary 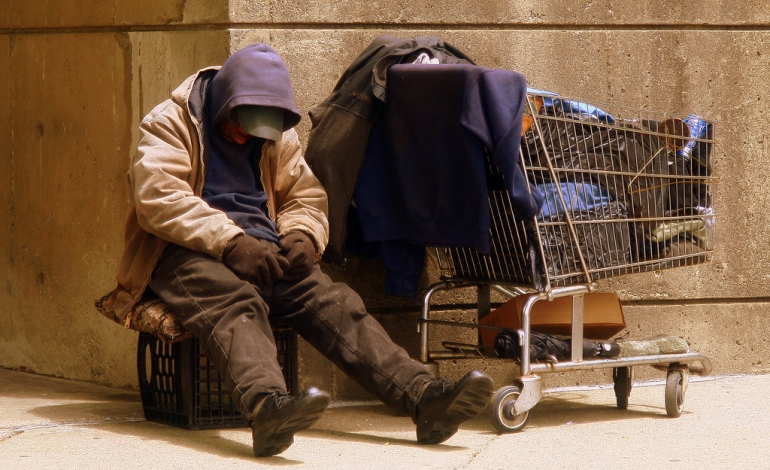 A Conservative MP has used the murder of a homeless man to blame the management of the hostel where he was staying. He’s now using the murder as a reason why the hostel should close.

Steve Double, MP for St Austell and Newquay in Cornwall, made his comments following the charging of three men for the murder. All the men involved, including the victim, were residents of the homeless hostel, Cosgarne Hall.

I think the management of Cosgarne Hall need to answer some very serious questions here. If they cannot manage the residents and prevent this sort of thing happening then they need to consider the future of their hostel, which we are again seeing bring the most unacceptable forms of behaviour into our town.

Cosgarne Hall provides specialist services – supporting those with “chaotic lifestyles”. This includes supporting those with drug and alcohol addictions and offenders. They offer “basic accommodation [which] is intended as a stepping-stone to independent living in a permanent home”.  This service is provided for 48 people over three locations in St Austell.

It further states that:

We operate a policy which tolerates, but does not encourage, consumption of alcohol on the premises, as a means of engaging with service users who cannot be accommodated in “dry” houses. We have an on-site counselling service for clients with alcohol issues.

But instead of supporting a local project apparently trying to help people in need, Double wants to shut it down. The Chairperson of the trustees of Cosgarne Hall responded by saying that it is:

disappointing however to read that local MP, Steve Double, sees fit to take this opportunity to attack us yet again in his campaign to close down our facility.

But this is only the tip of the iceberg. While 65 people were estimated to be sleeping rough at the count, this is not a true reflection of the numbers who are homeless. Corinna Langford, from homelessness charity St Petroc’s, said:

The rough sleeper count only counts people who are with their bedding and obviously homeless. It doesn’t take into account people who are living in their cars or staying on sofas. You could easily double that figure.

And Langford is clear over what is to blame for the crisis:

The austerity cuts haven’t helped. That’s at the heart of it. People are really struggling to pay their bills. With food and rent and everything else, it doesn’t take long to get behind.

Meanwhile, due to the demand for second homes, average property prices are ten times the average wage. In fact, according to the 2011 Census, Cornwall topped the league of registered second homes with 23,000 owning property. In other words, thousands of houses are empty and unaffordable for local people.

But Double, who earlier this week voted against increasing funding for the NHS and social care, does not seem to care. And it is unclear what he thinks will replace the hostel. Or how the residents will be helped.

Speaking at a press conference, Double denied that the problems faced by Cosgarne are due to cuts, stating “money was not an issue in this case”.

But he is ignoring the fact that, in 2014, Cornwall became the poorest place in the UK. And it’s still the only place in England to qualify for European Convergence funding, having a GDP 75% below the average of other European areas in the period between 2007-2013. Just last week, a local food bank claimed that poverty is at crisis point in the county after handing out 300 meals in a day.

If Double really wants to help the people of Cornwall, he needs to look at the extreme poverty its residents are facing. And he needs to tackle the crisis in spiraling rents and numbers of second homes. Moreover, he needs to look at the impact of the crippling austerity his government has imposed. Any one of these things would be far more effective than campaigning to close one of the few local services available that is trying to help people.

The Canary contacted Steve Double and Cosgarne Hall for comment but did not receive a response.

– Read more from The Canary on the subject of homelessness and the housing crisis.

– Support the life-saving work Shelter is doing on homelessness and other housing issues.