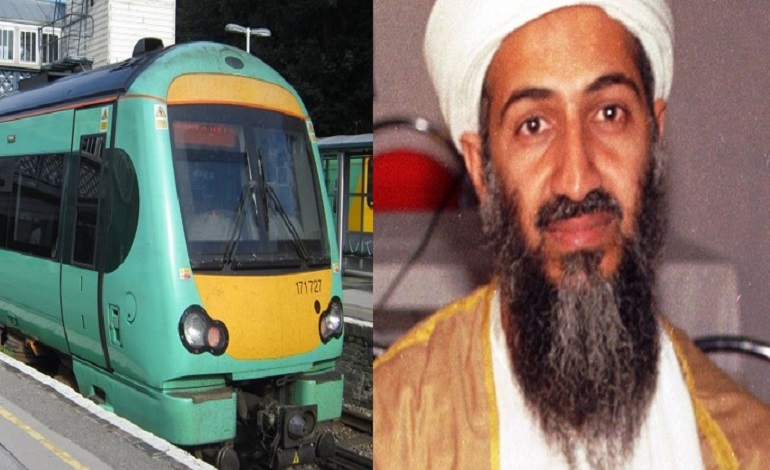 A banking consultant and financial services lobbyist has said that striking transport workers should be dealt with under anti-terrorism law, in an effort to solve the UK public transport crisis. But the lobbyist, who writes for the website Conservative Home and has stood as a local candidate for the Conservative Party, went further still. He called for rail unions to be put on the same lists as Daesh (Isis/Isil) and al-Qaeda. And in the bizarre online rant, he said we “need the Government to bring the transport unions to heel”.

Cameron Penny is Head of Financial Services at consultancy firm Hanover Communications. He works for banking giants such as Goldman Sachs and Lloyds. And Penny was previously Chair of the Young Consultants’ Committee for the Association of Professional Political Consultants (APPC). The regulatory body which oversees consultants who lobby MPs on behalf of corporate clients.

Now, Evolve Politics has highlighted an article by Penny, published on 11 January, about the ongoing chaos at Southern Rail. As The Canary has repeatedly reported, the company is planning to make all its trains Driver Only Operated (DOO). This has led to a protracted industrial dispute with trade unions, concerning safety. Groups including the Association of British Commuters (ABC) and Disabled People Against Cuts (DPAC) have voiced concerns about Southern Rail’s plans.

But Penny seems oblivious to workers’ and passengers’ concerns over Southern Rail. In his article, he says:

To deal with the crisis in our transport network, which now threatens to engulf the country, the government… should state its intention to list ASLEF, the RMT and TSSA as proscribed organisations as per the terms of the Terrorism Act 2000. It would not have far to go for justification; the President of the RMT is on the record calling for the destruction of capitalism and admits to working to ‘bring down this bloody working-class-hating Tory government.’

Under the Terrorism Act 2000, a “proscribed organisation” is one which [pdf, p2]:

Penny justifies his call for trade unions to be tarred with the same brush as Daesh by saying:

the actions of these unions more than meets [sic] the demands of the act that actions are terrorist in nature if they ‘involve serious damage to property’ or ‘create a serious risk to the health or safety of the public or a section of the public’. The tens of millions, perhaps hundreds of millions in lost revenue and productivity since these strikes started is a direct attack on the economic health and property of the nation.

His rationale for this is that commuters, who he assumes don’t support the strikes, are “paid far less than the average train driver and they certainly don’t get five, six or seven weeks or more of annual holiday”.  He says passengers’ anger at the unions is “palpable”. But the RMT claims that passengers “clearly support” the industrial action.

Down with the workers

But it would seem Penny is not a fan of workers defending their rights via trade unions. He has recently complained about London’s black cab drivers protesting over plans to restrict their vehicles from operating in the City:

He also voiced his disdain for the RMT:

The transport unions have no concern for public safety – only in lining their own pockets. That they will endanger public safety to make their point puts them beneath contempt… What is also clear is we don’t need more laws with anti-strike provisions. We need the Government to bring the transport unions to heel and to do so using the powers and precedents from previous moments of national crisis.

Trade unions have repeatedly claimed that DOO trains are not safe. But like any good Tory, Penny seems to be thinking of only one thing. A company’s profit. Whether that comes at the expense of people’s safety is apparently wholly irrelevant.

– Read more from The Canary on the Southern Rail dispute.