Singer Jamelia calls out racism on a train, and her 11-year-old's response is amazing [TWEETS] - Canary 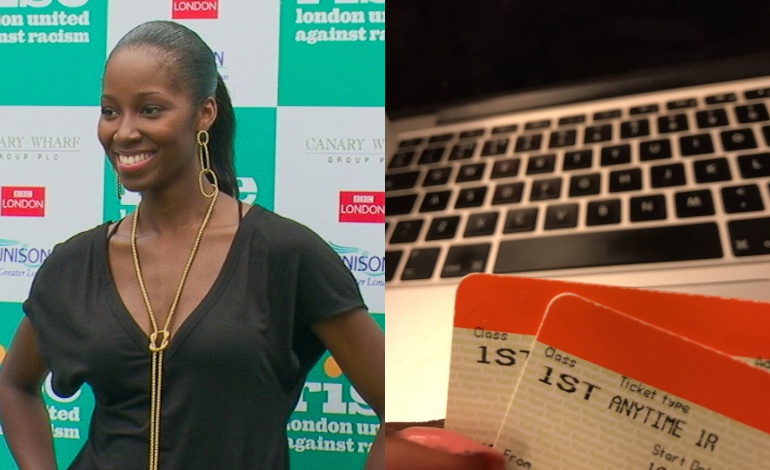 The singer Jamelia released a series of tweets after confronting racism on a train. But it was the contribution from her 11-year-old daughter which left the perpetrator blushing.

Jamelia, who is also a presenter on ITV‘s Loose Women, was questioned by a fellow passenger over whether she held a first class ticket. She claims that the passenger accosted her because she and her daughter were the only people of colour in the carriage:

Let’s be honest, you’ve asked me because I look like [a] young black girl & you’ve allowed your prejudice to speak for you.

Jamelia started her series of tweets with:

You know when you have a lovely day & someone just kills your vibe? 😒

And then continued by explaining:

So, I got on the train with my 11 year old daughter…didn't even sit my bum on the seat good & a lady approaches me & asks me if I have…

…a 1st class ticket. I look around. My daughter & I r the only black people in the packed carriage. I ask her "why did you ask me that?"

…she replies "well I've just seen the conductor & he won't let you travel in this carriage" I ask "why?" She says "you need a 1st ticket"

Jamelia questioned her further about why she chose to challenge her about her ticket:

I ask "what made you ask that question to me and no one else?" She says "it's because I wanted to sit with you, I just need to make sure"

And she then laughed at her and said:

I laugh, and say "let's be honest, you've asked me because I look like young black girl & you've allowed your prejudice to speak for you"

"No, that's not it, I would ask anyone I'm sitting with if they have a 1st class ticket" i burst out laughing she says "don't laugh at me"

Following the exchange, Jamelia and her daughter moved to another table. And a white man soon sat at the table with the woman. But instead of questioning him about his ability to sit in the first class carriage, the woman remained silent.

And it was Jamelia’s daughter who highlighted the situation:

My daughter looks over at the lady and says "Are you not going to ask him for his credentials then?" The lady turned as red as a beetroot.

Just for the record, Jamelia also posted a photograph of her tickets on Twitter:

Racism in the UK

Following the Brexit vote, there was a 57% rise in hate crime. Every day there are heartbreaking stories of the racism people face. And this racism is fuelled by the press and politicians.

But people will keep challenging it. As Jamelia tweeted:

I'm done not calling people out. I am also raising two wonderful young women who will grow up to call you out too…you have been warned 😑😑😑

But it is disgraceful that in 2017 that this is still needed – and that things seem to be getting worse. It is down to all of us to challenge and confront racism wherever we see it. And we need to ensure that we raise children who are as effective at calling it out as this 11-year-old.