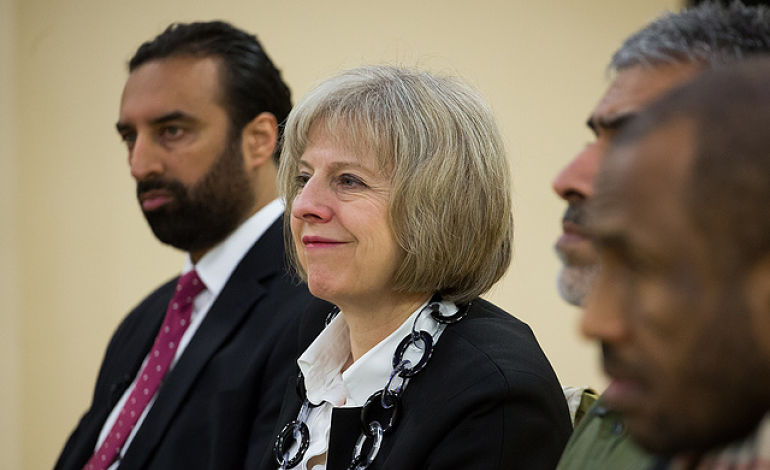 Theresa May faced an onslaught from her own party at the beginning of 2017 when the government’s cash transfer programme to developing countries overseas came under scrutiny. Nigel Evans, a member of the international development select committee and former Tory (now independent) MP, said that cash transfers were open to fraud. But May stood by the programme and said that the National Audit Office found the spending acceptable.

Now, another watchdog has approved it. The Independent Commission for Aid Impact (ICAI) gave the initiative a green/amber rating, highly approving, and confirmed that it had helped 6 million beneficiaries out of poverty.

Cash transfers amount to what it says on the tin. They are cash payments that resemble similar benefits, tax credits, and state pensions in developed countries like the UK. The Department for International Development (DFID), responsible for spending allocated aid money, spends around 2% of its budget on cash transfers in various partner countries.

The idea is that, instead of imposing non-food items (NFIs) on recipients through other aid, the best way to alleviate poverty is to give poor people money to spend on what they need. They can then lift themselves out of poverty.

This is often linked to other development goals. So sometimes, cash is offered conditionally upon school enrolment or female school enrolment. It can also be linked to healthcare. But it is not always conditional. The key thing is that programmes are tailored to the context of the country. That is why a family in Uganda may receive £6, while a family in Zimbabwe gets £19.

This can’t be fool-proof

It isn’t fool-proof. There are often targeting errors and corruption risks. But, of course, most aid is vulnerable to being corrupted by local parties.

The Benazir Income Support Programme (BISP) in Pakistan is one example. The government of Pakistan launched BISP in 2008 to help the poor, particularly women. They scored households using a ‘Proxy Means Test’ to determine their welfare status on a scale between 0 and 100. And 7.7 million families were living below the cut-off score of 16.17.

But about 25% of these in reality came above this scoring and should never have received the cash transfers. There have been other flaws in the programme. One example, noted by researcher Shaikh Abdul Rashid in Pakistan’s The Nation, regarded the use of ATM cards to withdraw money:

instead of being helpful, the technology has proven to be the source of corruption and the main obstacle in the path of distributing the funds transparently to beneficiary women. It is an undeniable fact that most of the beneficiaries are illiterate, unsophisticated and completely unable to use ATM machines to withdraw their funds. Taking advantage of this situation, bank agents have established a large network of shops that charge Rs.500 from every beneficiary to withdraw their funds through biometric machines which are provided to them by banks.

Despite the drawbacks, Rashid doesn’t suggest scrapping the programme. Instead, he advocates improving it. Many thinktanks and academics have taken the same stance, including the Overseas Development Institute and Oxford University’s Centre for the Study of African Economies.

In complex humanitarian contexts, cash transfers can often act as a lifeline.

Rais, for example, is from Yemen. He is 40 years old, displaced from Sa’ada in the north. He has ten children and two pregnant wives. Despite his successful status, coalition airstrikes did not discriminate and he lost everything. He now rents a small house that they all live in together. Dirty drinking water means his children get regularly sick, and the toll of everyday violence places pressure on them. They are dependent on a monthly 18,000 Yemeni Rials ($83) cash transfer from Save the Children (STC).

We have been given lots of NFIs by other charities but these are no good to us. One small blanket for all my 10 children? Shaving kits and a cheap plastic torch?

Now, as well as paying for his rent and food, Rais used part of his first instalment to buy carpet for the cold floor, where they slept. Receiving cash means they can spend it on what they need.

STC’s CEO Kevin Watkins believes that the Independent Commission for Aid Impact adds more to the existing body of evidence that show cash transfers to be a value-for-money way of lifting people out of poverty. He told The Canary that their own cash transfer programme in Yemen targets an area with very high levels of malnutrition. Despite the difficult environment and extreme poverty of the beneficiaries, there are still major benefits. He accepts the programme is not perfect:

With any targeted programme, including in this country, there are always risks of misrepresentation and fraud but one of the benefits of a cash transfer programme is that you’re putting money directly into the hands of people rather than trying to operate through a government machine, which in some countries of course you have to deal with all of the associated inefficiencies and corruption and governance problems.

The DFID’s policies have come under harsh scrutiny for having a self-serving agenda, which has seen the new international development secretary try to use overseas aid money to further trade deals, and a new dimension that will help its national security function. It does, however, show that something as simple as cash can help transform lives overseas.

– See what the DFID is spending its money on using its Development Tracker.

– Read more Canary articles on what the Conservative government is up to.