Robbie Powell: how a grieving father has nowhere left to turn over the death of his 10-year-old son [PART TWO] - Canary 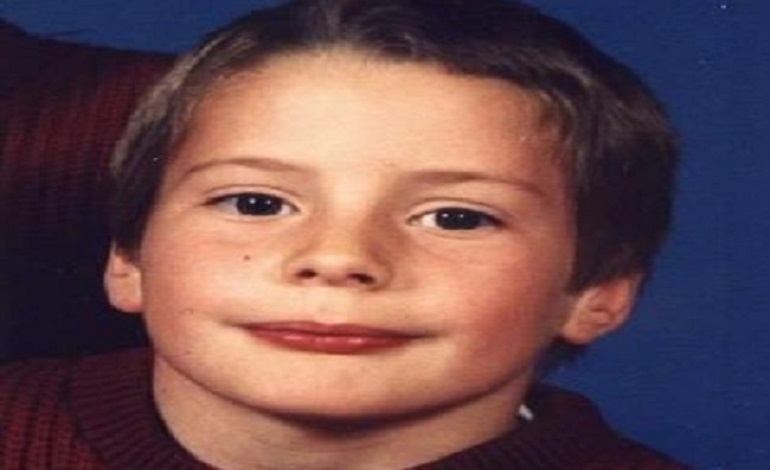 The death of a 10-year-old boy more than 26 years ago is once again being investigated, amid claims of a cover-up by medical professionals. These claims by the boy’s father also imply the NHS, police, the Crown Prosecution Service (CPS), the Welsh Office, the Independent Police Complaints Commission (IPCC), the General Medical Council (GMC) and other public bodies may have been involved.

Robbie Powell from Ystradgynlais, Powys died a preventable death in 1990. Dyfed Powys police and the CPS conducted the original investigations between 1994 and 2000 and found no evidence of criminal wrongdoing. But following an independent police investigation between 2000 and 2002, the CPS agreed that numerous individuals could be charged. But they never were. So now, his grieving father is once again fighting for justice. But feels he has nowhere left to turn.

As Part One of this article detailed, Mr Powell feels he has been utterly let down by numerous institutions of the state in the UK. From the police themselves to its Commissioner and Her Majesty’s Inspector of Constabulary. But, as Part Two will detail, this seeming disregard for the truth about a 10-year-old boy’s death goes much higher up than just the police.

Mr Powell has taken Robbie’s case to the National Crime Agency (NCA). And the NCA dealings with him are, at best, bizarre.

Originally, Mr Powell contacted Roy McComb, Deputy Director of Special Investigation with the NCA, via Twitter. McComb subsequently followed Mr Powell, and a direct message exchange began. It should be noted for the avoidance of doubt that Mr Powell was interacting with the correct Twitter account for McComb (there is another one, seemingly created by a troll/bot).

During the exchange, Mr Powell outlined the full timeline of events relating to Robbie’s case. McComb told Mr Powell that:

I’d be happy to meet you. Rather than either of us use Twitter for such an important matter, let me arrange a visit to you in the days ahead where we can discuss in a more suitable manner. If you present the chronology above to my email (without YouTube link etc which is why they’re blocked) I will be able to be better prepared for our meeting. Thank you. Roy

McComb also confirmed to Mr Powell that unless the latter received an ‘undelivered’ message, he could assume all emails had been delivered. The correspondence continued via email. The only response Mr Powell received was on 3 November 2016:

Thank you for reports [sic] that you have recently forwarded to me regarding the death of your son Robbie in April 1990. Given the detailed nature of the contents and the issues that are raised, I will require some time to fully consider the matter. Please be assured that I will be in touch with you in due course to discuss this matter further. In the interim, if there is other material that you feel may be beneficial for me to consider, I would ask that these are shared in the same format.

I would be very grateful if you could please give me an undertaking that you will not contact any of the public officials who I believe may be guilty of Malfeasance and/or Misconduct in Public Office and/or perverting the course of justice until after you have had a meeting with me?

I am very cautious and worried because every person in authority, save for the late DCI Poole, who have been involved in Robbie’s case, has been influenced by the wrongdoers and their position in authority or they have just blatantly covered up my serious complaints about Robbie’s death with impunity.

Mr Powell did not receive any further electronic communications from McComb until he followed the matter up by email on 25 November  2016.

The next thing he did receive was this letter dated 25 November 2016. The letter wasn’t received until 30 November and the envelope was franked 28 November:

Mr Powell was very disappointed to learn that, contrary to his wishes, McComb had contacted the other agencies involved in Robbie’s case and had now, as Mr Powell had predicted, reneged on meeting him. It would appear McComb had either overstated his position originally or misled Mr Powell. As the hard copy letter is at odds with the original conversation the two had on Twitter.

The letter also stated that the NCA would expect to receive referrals from police forces, the IPCC or the Home Secretary, all of whom Mr Powell believes have either turned a blind eye and/or been complicit in the 26-year cover-up. He believes that having a referral from these agencies would be as “likely as turkeys voting for Christmas” if they were able to do so.

A spokesperson for the NCA told The Canary:

The death of Robbie Powell is the subject of a Crown Prosecution Service Case Review, and it would not be appropriate for the NCA to intervene in this process.

The NCA has a transparent process in place should a member of the public wish to make a complaint against an officer. Details are published on our website.

Mr Powell is now also aware that on 7 September 2006 the CPS met officials from the Home Office, Attorney General’s Office, and the Welsh Assembly to discuss whether there should be a joint public inquiry into Robbie’s grossly negligent death and the alleged post-death systemic cover up. The Home Office and the Attorney General’s Office subsequently declined to participate in a joint public inquiry claiming there were no outstanding issues in Robbie’s case.

As The Canary previously documented in two articles, the involvement of the CPS has been riddled with failures. Between 1994 and early 2003, the CPS conducted numerous investigations into the circumstances, and subsequent events surrounding Robbie’s death. And there were numerous failings:

The early stages of the CPS involvement into the death of Robbie were marred by apparent inadequacies, possible incompetence, and failings. It advised that the GPs should not be charged with forgery and perverting the course of justice for the following reasons:

The passage of time argument was perhaps the most erroneous one. As the Powell’s MP Jonathan Evans said in parliament, in 2013:

I cannot imagine for one moment that an argument of that sort would cut much ice in the considerations that parliament has given to the issues surrounding the deaths at Hillsborough in 1989, more than a year before the death of Robert Powell. Accordingly, the passage of time in itself surely should never be relied upon by the prosecuting authorities as a reason why no prosecution should be taken forward, and I can imagine the outcry if such a claim were to be made in the Hillsborough case.

Between 2003 and 2014 the CPS appeared to make even more errors, which Mr Powell believes amounts to wilful neglect, relating to Robbie’s case. In the CPS investigation into an official complaint made by Mr Powell in 2003, it:

In October 2014, the CPS agreed to look again at why no charges were brought over Robbie’s death. But more than two years later, little progress has been made. In emails seen by The Canary, the CPS:

Mr Powell says that the CPS is making things “unnecessarily complicated”, and treating him like an “adversary”, not a secondary victim of crime who has been treated appallingly by the CPS for more than two decades.

Only in February 2017, Mr Powell was informed by the CPS’s Head of Special Crime that it is not “obliged” to provide all relevant evidence to the police during the course of a requested investigation.  Mr Powell is now concerned that this may also apply to the providing of evidence to the Leading Counsel who the Director of Public Prosecutions appointed to review Robbie’s case. And he has also been told it would not be appropriate for him to contact the Queen’s Counsel directly.

Mr Powell and his family have turned to every institution of the state, time and time again, for help. But on each occasion either barriers have been placed in their way, or their case has not taken seriously or, it would seem, they have been intentionally dismissed. As former Shadow Health Minister Rhodri Morgan said in the 1990s, the Powells had been “treated abominably”; that the official routes Mr Powell had gone down regarding his complaints amounted to “a stitch-up from start to finish”; that Robbie’s case was “one of the worst… of maladministration or deliberate cover-up that may have stained the record of the Welsh Office in its thirty years plus history”, and:

I think the history of the Powell case is so serious now, in terms of the cover-up that was involved afterwards, that I think nothing less than an independent inquiry is probably ever going to really get to the truth.

But with every arm of the government blocking his path, getting to the “truth” of the real reason 10-year-old Robbie was allowed to die is proving a near-insurmountable struggle.

The Canary approached Christopher Salmon, the CPS and HMIC for comment but none was received by the time of publication.

The Canary will continue working with the Powell family on the investigation into Robbie’s tragic death. You can read Part One of this article here, and the full series of articles here.