Team Trump just repeated one of history's biggest mistakes, and it could be fatal 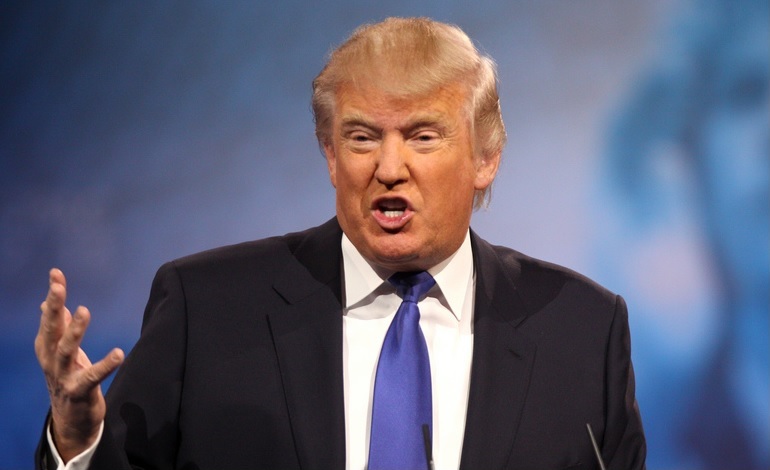 Donald Trump’s Press Secretary Sean Spicer just repeated one of history’s most fatal mistakes. Speaking at a press briefing, he accused Iran of attacking a US naval vessel off the coast of Yemen.

An attack on a US ship is an act of war.

But Spicer had made a mistake. And a journalist immediately pointed out his error at the briefing. But as The Intercept detailed, the US started the Vietnam War on exactly this kind of false premise.

History tells us we learn nothing from it

Spicer apologised for the error after Major Garrett of CBS News raised the issue. He acknowledged that the attack had been against a Saudi vessel. He did not, however, correct another glaring error in his statement.

Iran didn’t attack the Saudi vessel. Houthi rebels did. And as The Intercept has pointed out, there is only a tenuous alliance between the two. So conflating them is no more acceptable than saying the US has waged a large-scale bombing campaign in Yemen since 2015.

The US has been waging a covert war in the country, using drones and special forces. But it is a Saudi-led coalition that has carried out the bombings. Because the US is an ally of Saudi Arabia, shares intelligence with the country, and sells it tonnes of weapons, is it conventional logic to call that a US attack? If we use Spicer’s logic, it just might be.

Gearing up for war

In 1964, North Vietnamese forces were falsely accused of attacking two US Navy vessels in the Gulf of Tonkin. Then, President Lyndon Johnson used those bogus attacks to persuade Congress to authorise military action in Vietnam.

Prior to Spicer’s dangerous error, Fox News had spread a completely unsubstantiated rumour along the same lines. It told its readers: EXCLUSIVE: Pentagon believes attack on Saudi frigate meant for US warship.

Yet the Trump Administration’s rhetoric on Iran is unsurprising. As we recently detailed at The Canary, there is a very real possibility of a US war with China now Trump is in office. But there is also a high probability that his administration will also seek conflict with Iran.

Trump regularly condemned Iran in his presidential campaign. He spoke often about President Obama’s Iran deal in 2015. This deal inhibits Iran from gaining nuclear weapon capability for 10 years. The deal was agreed by the US, Britain, Russia, China, Germany and France. In exchange, the UN, US and EU agreed to lift sanctions on Iran. And the US agreed to return $100bn of assets that it had seized from the country. Yet Trump characterised the return of Iran’s “kidnapped” money as a giveaway from the US.

The US and Iran have a troubled history. In 1953, the CIA and its British counterparts helped to overthrow the democratically elected government of Iran, and returned the Shah (Iran’s monarch) to power. A desire to profit from Iran’s oil reserves was the motivation for the transatlantic spies’ action. In 1979, the Iranian Revolution finally deposed the Shah. And tensions have been high ever since.

Iran counts China, Russia, Iraq, Syria, Lebanon, and Venezuela among its allies. As with all alliances, some are strong and others more strained. With Syria and Lebanon, Iran has agreed on a pipeline plan, according to Robert F. Kennedy, Jr. This pipeline is “Russia-approved“.

But Qatar, which shares the South Pars/North Dome gas field with Iran, has also proposed a pipeline, as Kennedy explained in 2016. This would run through Saudi Arabia and Turkey. These countries – Qatar, Saudi Arabia and Turkey – are all US allies. They also joined the US, France and the UK to form the ‘Friends of Syria Coalition’ in 2011. This coalition formally demanded Syrian President Bashar al-Assad’s removal.

Israel, another US ally, and Saudi Arabia both remain in a proxy war with Iran.

Outlook: not good under Trump

Trump’s Administration has already shown it’s likely to give unadulterated support to Israel. And Trump’s business has profitable ties to Saudi Arabia. Trump’s Chief Strategist Steve Bannon, meanwhile, who will also sit on the National Security Council, has rallied for what AlterNet describes as a “Christian holy war”.

Bannon’s hysteria, however, is not uncommon in the Republican Party. Many Republican politicians went into an absolute meltdown over the Iran deal. And ex-President George W Bush’s “axis of evil” included Iran.

Iran has already begun to push back against the new administration. In response to being included in Trump’s recent ‘Muslim ban’, its Central Bank has announced it will stop using US dollars. And the US has now put Iran “on notice” following a missile test by the country.

Under the previous US administration, with its NATO allies, the prospects of war with Russia became alarmingly high. And Trump may seem eager to diffuse that situation, but as the growing tensions with Iran and China make clear, he is not heading down a peaceful path. He’s simply adjusting the direction of the gun.

– Join the Stop the War Coalition.

– For progressive US news, watch The Young Turks, Democracy Now and The Jimmy Dore Show.