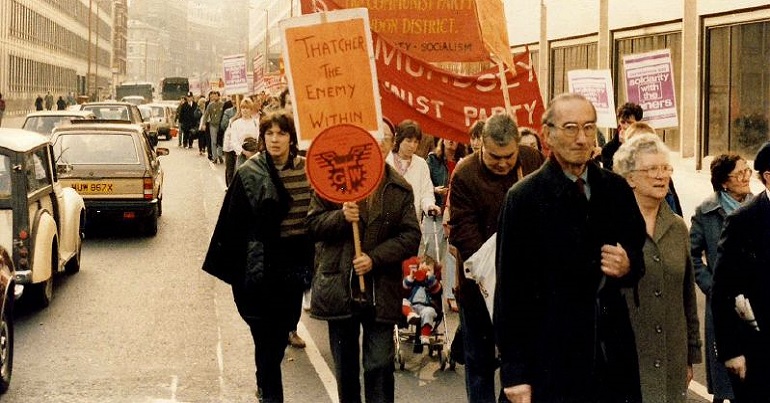 According to the Independent Police Complaints Commission (IPCC), multiple undercover police files were destroyed in 2014. One consultant to the Council of Europe on human rights law has said this may equate to a perversion of the course of justice. But what the IPCC doesn’t mention is how decades-old political policing files also went missing in 2000. And a restricted document suggests there are thousands more missing or destroyed files.

These revelations will undermine the credibility of the Pitchford Inquiry into undercover policing, already beset by a range of problems.

And it was Assistant Chief Constable Setchell, as National Co-ordinator for Domestic Extremism, who was ultimately responsible for undercover operations, as this memo regarding notorious NPOIU ‘spycop’ Mark Kennedy shows: 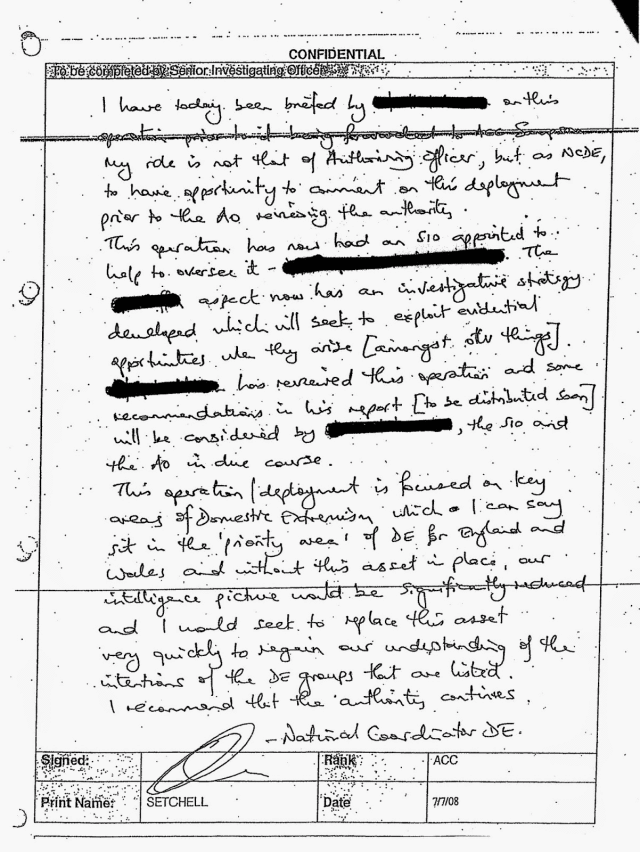 ‘Perverting the course of justice?’

A consultant to the Council of Europe on human rights law, Dr Smith, has said the shredding allegations may equate to a perversion of the course of justice, adding:

The thing is it’s not a surprise. The Met has not cooperated with Pitchford at all. From the beginning they have delayed and dragged their feet. They are really subverting the inquiry, which they are supposed to cooperate with.

The Metropolitan Police Service said it referred the allegations to the IPCC in May, adding:

It would be inappropriate to provide further information while the independent investigation is ongoing… We remain committed to providing our fullest possible co-operation to the inquiry.

But that is by no means the whole story.

A 2015 document [pdf p3] marked ‘restricted’ shows that 54% of the 84,000 crates of Metropolitan Police Service records held in ‘deep storage’ went missing or were mis-filed.

Also, in his 2014 review [pdf] of the Stephen Lawrence murder, Mark Ellison QC described the 2003 mass shredding of a “lorry load” of documents.

And in 2016, whistleblower Sgt David William, who previously worked in the Met’s ‘domestic extremism’ unit, alleged that someone had destroyed incriminating files on ‘extremists’, including Greens peer Jenny Jones.

And there is more.

There is not a dusty file sitting somewhere within Scotland Yard that we can pull out that will provide all of the answers.

Two years later, in his review [pdf] into the work of the SDS and the Home Office, Stephen Taylor agreed:

My conclusion is that the key file which contains the evidence of Home Office interaction in relation to the SDS from 1968 to 2008 probably no longer exists and there is no record of what happened to it. It is known that this file would have included documents classified as Secret and Top Secret.

The “key file” Taylor referred to was QPE 66 1/8, which lists a range of missing or destroyed political policing files, including SDS: 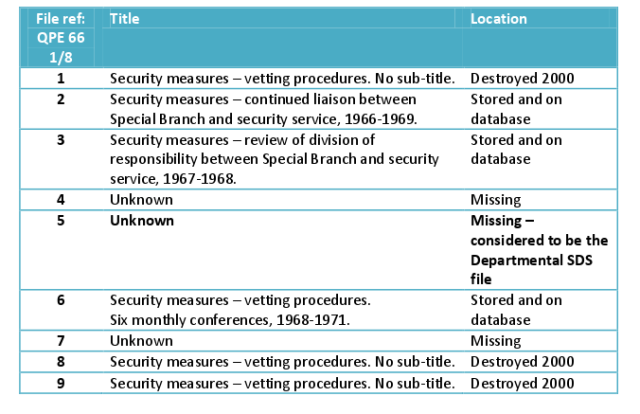 Furthermore, there appears to be no record in the [Home Office] Department of anything related to the SDS during its years of operation from 1968–2008.

The SDS operated over four decades, employing around 100 officers. They adopted false identities to infiltrate political groups and trade unions.

And they were likely to monitor major disputes like Grunwick, the Shewsbury pickets campaign and the 1972, 1974 and 1984/5 miners’ strikes.

According to whistleblower Annie Machon, MI5 considered the following worth monitoring during the 1970s and 1980s:

HMIC revealed there were 3,466 undercover operations for England and Wales, between 2009 and 2013. And more recent figures indicate 1,229 undercover officers were trained in 39 units.

It’s now clear that the destruction of thousands of political policing files took place over decades. Nevertheless, copies leaked out, such as this extract [pdf] of an undercover report by Mark Kennedy.

But the full truth about political policing in Britain and the sabotage of evidence by police is yet to be revealed.