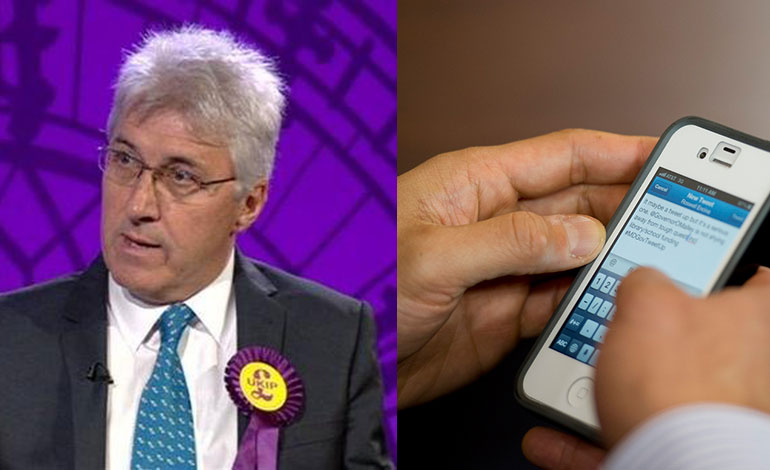 Before being appointed UKIP’s immigration spokesperson, Bickley ran as UKIP’s candidate in the Oldham West and Royton by-election in 2015. His campaign was full of patriotic jargon and pledges to save Britain from “mass, uncontrolled immigration” and foreign “organised crime”. His campaign read:

I used to believe in Labour. Like many in my family before me I thought that the Labour Party believed in representing the hard working people of our country. That was a long time ago. Far from believing in the people of Britain, Corbyn’s Labour Party would rather sympathise with the IRA than sing our national anthem to honour our brave armed forces.

But Bickley lost the election to Labour’s Jim McMahon.

Bickley was then announced as UKIP’s new immigration spokesperson in November 2016. Of his new appointment, Bickley said:

Everyone in the world must feel there is a level playing field when it comes to coming to the UK. It doesn’t matter what your faith, ethnicity, nationality, gender, sexual orientation or any other aspect, what matters is what people can offer and what the country needs.

But Bickley certainly doesn’t practise what he preaches.

On 12 February, UKIP supporter David Jones posted this tweet. It was then retweeted by Bickley:

This has just been retweeted by Ukip's Immigration Spokesman and party treasurer @JohnBickleyUKIP pic.twitter.com/818P7F0Epn

The cartoon shows Labour leader Jeremy Corbyn driving a lorry full of people with the words “If you want a Jihadi for a neighbour, vote Labour”. Jones wrote:

But as many Twitter users highlighted, the tweet echos the racist slogan used during the Smethwick by-election in 1964 which brought Conservative MP, Peter Griffiths, to power. It used the slogan: “If you want a nigger for a neighbour, vote Labour.”

While Bickley chose to show his support for the tweet, other UKIP politicians took to twitter to call it out. Tariq Mahmood, UKIP’s candidate in Stoke-on-Trent South in 2015, wrote:

I'm a British Muslim, I'm Ukip but we should distance ourselves from such material otherwise it sends wrong message

In a statement to The Huffington Post UK, Bickley said:

Yesterday I retweeted a cartoon about the potential consequences of Labour’s support for uncontrolled immigration without realising it relied on a rhyme that had been used in an election in 1964 in racially abusive context.

I have since deleted the retweet and apologise for any offence caused.

While Bickley has apologised for not knowing its connection to the 1964 slogan, he doesn’t appear to apologise for supporting the tweet’s sentiment. Regardless of the prior connection, the tweet is extremely offensive and encourages an anti-immigrant and an anti-Muslim sentiment.

“It doesn’t matter what your faith, ethnicity, nationality, gender” is. Well, apparently, it does to UKIP’s immigration spokesperson.