REVEALED: the true extent of Tory human rights abuses is even worse than we thought - Canary 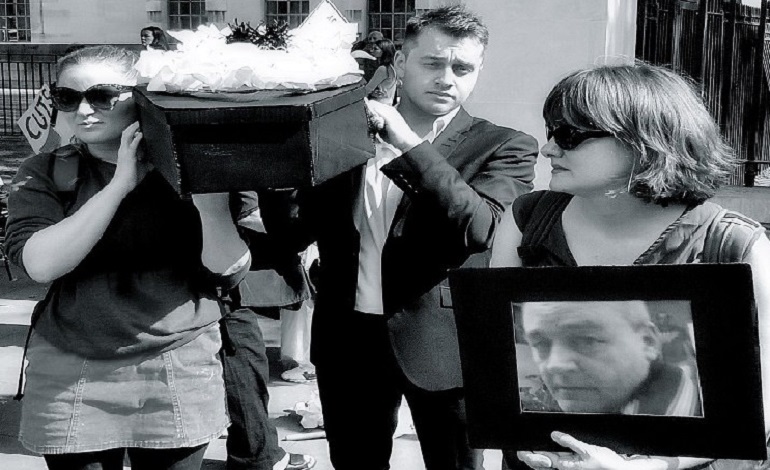 Evidence given to the UN about “barbaric” violations of disabled people’s human rights by the UK government missed out crucial information. The “mistake” could have critical implications for a forthcoming public review. And it exposes the utterly callous nature of the Conservative government.

In November 2016, the UN released a scathing report that found the previous and current governments had committed “grave” and “systematic” violations of disabled people’s human rights. This was due to the government’s and the Department for Work and Pensions’ (DWP) welfare reforms.

Overall, the UN stated that:

The UN set out 11 recommendations that the government must consider. But at the time, Work and Pensions Secretary Damian Green said the report was “patronising and offensive”. He also said Britain was “a world leader in disability rights and equality”. And so, the government chose to ignore the report.

But it’s now emerged that flawed evidence was given to the UN, in preparation for a periodic review of the government’s commitment to an international treaty on disabled people’s rights.

Disability News Service (DNS) reports that three groups, including Disability Rights UK (DRUK), withheld information from the UN. Specifically, they failed to show it the links between welfare reforms and the deaths of disabled people.

DNS said they left out letters sent by coroners to the DWP. These linked the Work Capability Assessment (WCA) to the deaths of people with mental health conditions. And also missing were:

A DWP freedom of information response which showed how ministers deliberately loosened regulations… [designed to] protect people with mental health conditions whose lives could be at risk if forced into work… and government-funded research… [showing] the WCA was linked to 590 suicides in just three years.

DRUK said that the missing evidence had been “a mistake that we overlooked during final editing”.

John McArdle, co-founder of campaign group Black Triangle, spoke to The Canary. He said his group and Disabled People Against Cuts (DPAC) would expose:

Any and all incidents of omitting – by ‘mistake’ or otherwise – this crucial evidence on the barbaric violations of disabled peoples’ human rights.

He also called the situation a “fiasco”. And said DRUK must now engage with Black Triangle and DPAC, “the real representatives of disabled people”.

The November UN report into the violations of disabled peoples’ human rights was already damning. But with these latest revelations, it would appear that the situation is even worse than first thought. And that the UN can let the Tories sweep this under the carpet should concern us all.

Correction: This article was updated at 4.30pm on 14 February to correct an error. The evidence submitted to the UN was not for a report, as previously reported, but for a periodic review.

– Read The Canary’s full analysis of the UN report.

– Sign the petition telling the government to act on the UN findings.