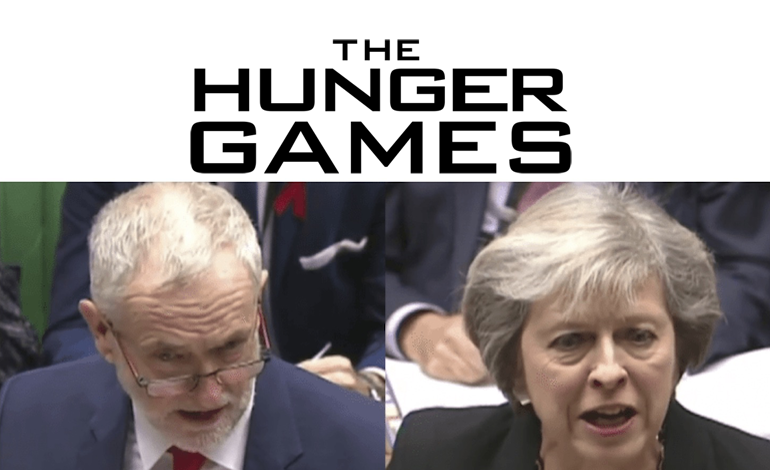 The Prime Minister’s approach to Brexit has left EU nationals living in the UK in a state of limbo. Now, a leaked report has revealed the backlash that’s waiting for Britons living abroad once we leave the EU, thanks to Theresa May’s approach. And it could see a scenario more comparable to the fiction of a dystopian future.

A report drawn up by the European Parliament’s legal affairs committee detailed what impact Britain’s withdrawal would have. It has suggested that British nationals living elsewhere in Europe would suffer a backlash because of the way the government is treating EU nationals living within Britain.

Labour leader Jeremy Corbyn reacted to the document leaked by The Guardian by calling it a “Hunger Games approach”. He said:

There must be an end to this Hunger Games approach to Brexit negotiations, which gives no consideration to EU nationals in our country or British nationals living abroad.

Corbyn added that the government was “playing political games with people’s lives”.  Because the government refuses to explicitly state that EU citizens currently residing in Britain have a right to stay.

The refusal to do so has seen an influx in applications for residency. According to the paper, applications rose from 36,555 to 56,024 in the three months from June to September 2016.

But with it has come plenty of mistakes. After living, working and having families in the UK for years, EU nationals have been told by the Home Office that they must leave. Sometimes after minor errors such as ticking the wrong box on the form.

For instance, Monique Hawkins, the Dutch mother of two children with her British husband, was told to make preparation to leave the country after living in the UK for 24 years. Sam Schwarzkopf, the German neuroscientist who has lived in the UK for 19 years, had a similar experience. And a number of academics working in the country’s universities have also been told to make arrangements to leave.

Payback may now be awaiting their British counterparts in Europe. Individual countries will, after all, be deciding whether British citizens can stay after the UK triggers Article 50. The document reportedly reads:

The fact that it appears to be particularly difficult for foreign nationals, even if married to UK nationals or born in the UK, to acquire permanent residence status or British nationality may colour member states’ approach to this matter.

The fact is that May has been using EU nationals as a bargaining chip, something condemned by parliament’s own watchdog. Pulling up the drawbridge won’t be just affecting EU nationals, but British people as well. But just like the Hunger Games, it’s a case of power sacrificing the citizens for its own political gain.

– Sign the petition to protect the rights of EU citizens living in the UK.