Schools are sending an extraordinary letter to thousands of parents, dishing the real dirt about government cuts - Canary 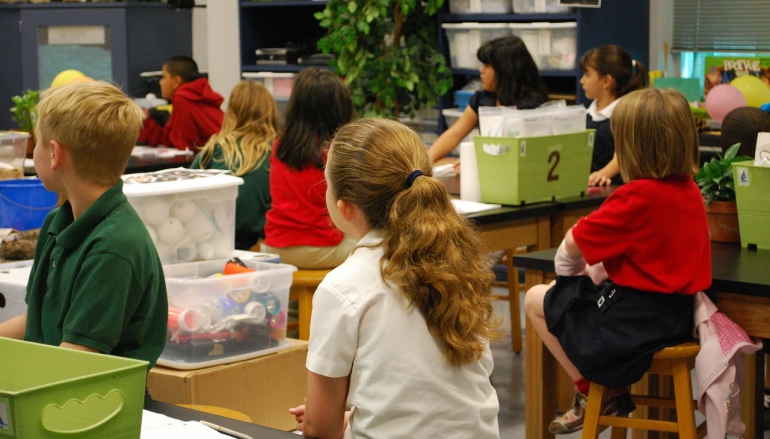 An unprecedented letter about education cuts sent to thousands of parents makes for disturbing reading. And it exposes the reality for schools struggling to survive amid brutal cuts.

According to the copy seen by The Canary, the letter, facilitated by the Cornwall Association of Secondary Headteachers (CASH), is being sent to all secondary and primary schools in Cornwall. It begins by highlighting the “very serious financial pressures that schools are facing”:

But at the same time:

the amount going out on expenditure due to government imposed changes has risen very considerably.

And this funding freeze is already having an impact:

Unfortunately, things aren’t set to get any better. In 2016, a new funding formula was announced for schools. Education Secretary Justine Greening claimed:

The proposals for funding reform will mean that all schools and local areas will now receive a consistent and a fair share of the schools budget, so that they can have the best possible chance to give every child the opportunity to reach their full potential.

Whilst rural and coastal areas are supposedly set to benefit from the proposed changes many schools across the Duchy actually lose out.

This is explained in more detail in the letter:

On paper, the formula will result in additional funds coming into Cornwall which is to be celebrated. However, key to the new proposal is limiting the losses a school anywhere in the country will experience to a maximum of 3%. The differences between one area of the country and another are much larger than 3%, and so this will have the effect of perpetuating the current imbalance of Cornish schools being funded at a far lower rate than others in different parts of the country.

The letter concludes with action parents can take. According to the Chair of CASH, Karen Ross:

We are hoping that with the support of parents we will make the Government sit up and listen to the real problems schools are facing. Continued real terms cuts to school budgets means children are simply going to miss out on the education they deserve.

This is a nationwide problem. And one we cannot ignore. Given that even the schools supposed to be benefiting from the funding formula are issuing this rallying cry, we all need to take action.

A spokesperson for the Department for Education (DfE) told The Canary:

School funding is at its highest level on record, at more than £40 billion this year. We are protecting per pupil funding so where pupil numbers rise, the amount of money schools receive will increase. Under the proposed national schools funding formula, more than half of England’s schools will receive a cash boost. This will help to create a system that funds schools according to the needs of their pupils rather than their postcode. Under our proposals, schools in Cornwall would all receive an uplift in funding of 1.7%, over £4.8m.

We are consulting on our detailed proposals and we know that it is important that we get the formulae and system right so that every pound of the investment we make in education has the greatest impact. The consultation will run until 22 March 2017, and we are keen to hear from as many schools, governors, local authorities and parents as possible

UPDATE: This article was updated on 15 February to include a response from the DfE, which we received post-publication. It previously stated that the DfE did not comment.