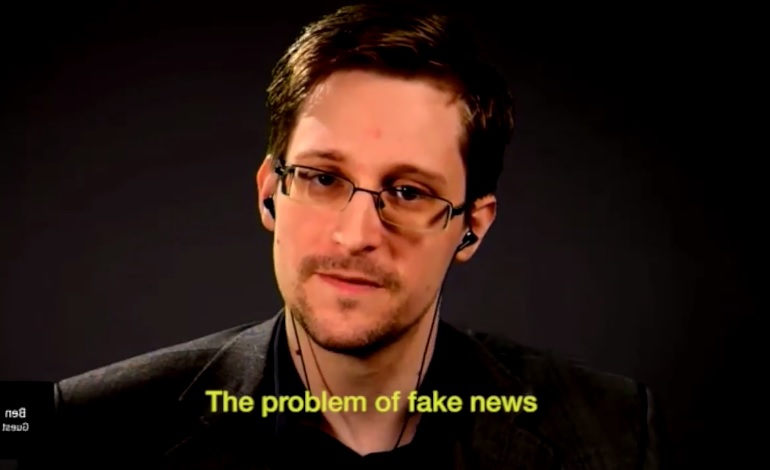 NSA whistleblower Edward Snowden just intervened in the fake news debate. And he proposed a solution that most politicians won’t like one bit.

Once again, @Snowden totally nails it. The answer to #fakenews is not censorship, but critical thinking. pic.twitter.com/NkR18vCJCT

Snowden argues that the answer to fake news shouldn’t come in the form of a “referee” – the solution proposed by most so far.

Instead, Snowden says that the responsibility to “help each other” lies with citizens and users of media platforms. He asserts [emphasis added]:

We have to exercise and spread the idea that critical thinking matters.

Practising what we speak

Snowden himself has experience of fighting “bad speech” with “more speech”. Before he leaked documents to journalists that confirmed the vast surveillance practices of the US and the UK, the Director of National Intelligence James Clapper testified to Congress. Clapper lied in his testimony (he claims unintentionally) about the extent of America’s spying capabilities. For Snowden, this was a “breaking point” in his choice to blow the whistle.

And more speech from Snowden did destroy the “bad speech” from Clapper. It also enabled millions of citizens to understand what governments were doing in their name.

But the informed “critical thinking” Snowden is advocating may not sit well with some politicians. Because people who think critically are unlikely to fall for the spin, propaganda, and lies that politicians often put out themselves.

So although this is very good advice for citizens, it’s unlikely that many politicians will be cheering it on anytime soon.

Featured image via Fight for the Future/Screengrab