Piers Morgan sent a Valentine's message to women, and it was as bad as you'd imagine [TWEETS] - The Canary 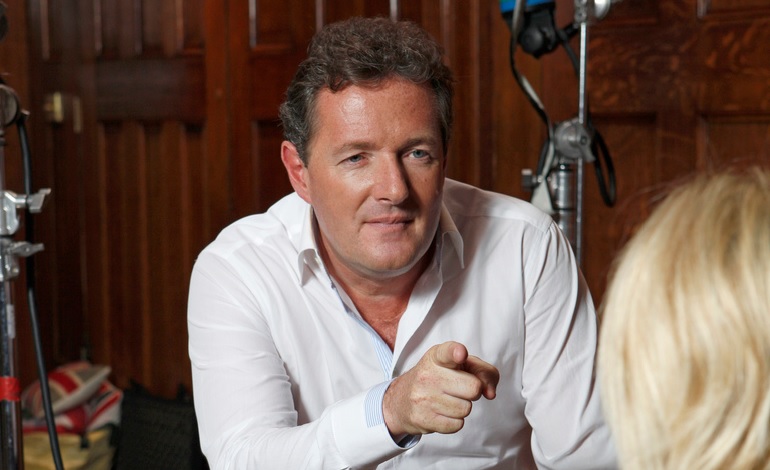 Piers Morgan sent a Valentine’s message to the world’s women. And it was as bad as you’d imagine. But the response was brilliant. And it put Piers in the place he belongs: in a cave, alone, red-faced, and humiliated.

Time magazine published a ‘Women’s March’ story on 14 February. It detailed the march’s organisers’ plans to turn Valentine’s Day into the “day of revolutionary love”. But Morgan couldn’t quite get on board with that principle. So he tweeted out:

The first responder to his lash out interpreted his tweet very well:

Sexism is alive and well, folks

Another, meanwhile, pointed out that such a sexist remark wouldn’t do his popularity ratings any favours:

Morgan’s similarity to his sexist hero was also noted:

are you channelling Trump?

Oh do at least try climb a little further up the evolutionary ladder. With this comment it's apparent why you're a Trump fan.

Although someone observed the presenter’s counsel to women might mask a particular yearning of his own:

says the bloke who's desperate to #fucktrump

Morgan’s complete refusal to acknowledge any value in women other than when they’re lying on their backs did, of course, embolden some fellow misogynists. But one commentator perfectly conveyed the overwhelming response:

the dark ages called, they want you back

Obviously, Morgan will not be joining the “people of faith and moral conscience” in their commitment to social justice on “the day of revolutionary love”. But it seems many of those who replied to his sexist outburst would be happy to tag along.

So he just essentially gave the event free advertising to his more than 5 million followers. Most of whom, it seems, realise what an utter fool he is.