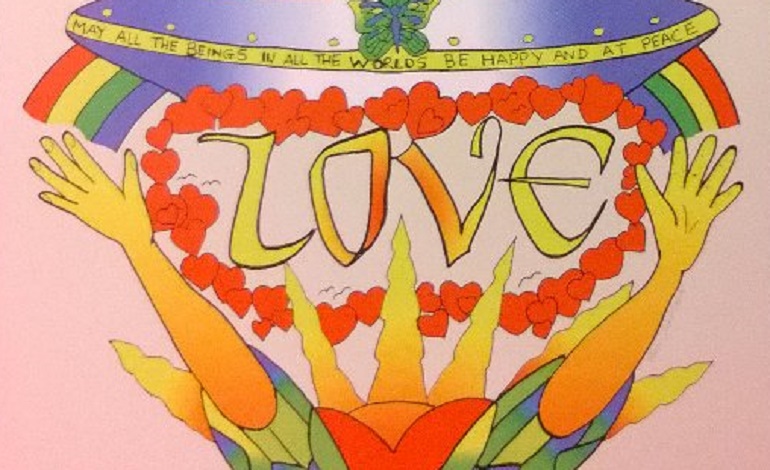 On Saturday 18 February, a vibrant street party will take place at Piccadilly Circus in London. The event, called Reclaim Love, is now in its 14th year. 2017 looks set to be just as big as ever. And its founder and organiser is one of the biggest personalities you’ll meet.

The corporatisation of love

Reclaim Love started in 2003 as an antidote to the corporate-driven Valentine’s Day agenda. Its founder, Venus CúMara, formerly a radio journalist in London, was a prominent member of the social, environmental and economic activism and justice movement. But it’s her Irish background that sowed the seeds for the party. She told The Canary:

Activism was awoken in me in my very first day in primary school when they told us the story Brigid of Kildare [an Irish Patron Saint], who our school was named after. But Reclaim Love actually started as an offshoot of a campaign I was running called Operation Infinite Love (O-I-L) which brought together, and gave voice and recognition to, women who were being overlooked while doing great work for peace worldwide.

I’d always had an uncomfortable feeling about the corporatisation of ‘Love’. Shopping for things we don’t need is one thing, but to say that diamonds, flowers or cuddly toys with hearts represent love is so far from reality. Each of these industries are full to the brim with the filthiest of atrocities towards both humans and nature.

The Reclaim The Streets movement inspired CúMara. After facing police brutality while travelling around Europe, she decided to organise an action that she’d love to attend herself. At first, she said:

I figured that it would be as big as Woodstock; when everyone found out that we were going to have a critical mass of people focusing on shifting away from the normal self-centred focus to a focus that was to enhance the wellbeing of all beings by sending love to them.

But that didn’t happen. Only about 30 people came to the first Reclaim Love. Her steadfastness eventually paid off, though. At its peak in 2011, there were 87 Reclaim Love events worldwide.

CúMara chose Piccadilly Circus for the event because every other large space in London glorifies “some warlord”. But Piccadilly has the statue of Anteros, the Greek god of selfless Love. The event has bicycle sound systems, circus performers and a kids’ area. Free food is provided by the Krishna Food for Life project. But for CúMara, the main part is the meditation for world peace:

This [meditation] circle is full of every kind of person from the city. Every age, nationality, creed gender, ability, and social class… I lead the meditation with the mantra: ‘May all the beings in all the worlds be happy and at peace’, and I encourage everyone to plant their vision of how the world would be if we were all living in happiness and peace… I’ve had so many people tell me how Reclaim Love has changed their lives.

After years in London, CúMara now lives a quiet life without electricity. The internet isn’t part of her daily life, which means she’s “not bombarded with endless successful ‘fear strategists'”. CúMara, who considers herself a “vision keeper”, she says it’s far easier to hold her vision when she’s not being swamped with things that “close my heart”.

She says you must be “really patient and thick-skinned” if you want to change a world that’s in chaos. “I’m patient,” she says, “but not thick-skinned”:

When I was younger, people were incredibly undermining towards me… They would beat me up and put me down and I would cry a lot in those early years as other activists were too cool or ‘hard’ to be seen with me. It was cool to be hard and not into love. But ironically they were almost all in relationships. So I knew they were into love. As they got older, they had kids and could see the importance of having a more heart-centred society. That hard element had changed. There are some awesome young activists these days who really embrace the power of love in what they’re doing… I love this new generation. They give me hope.

And hope is sorely needed in the current political climate. CúMara says that, despite the challenges society faces, she remains optimistic:

Trump and May are helping my campaign so much, because there are so many people waking up to… that heartbeat in them that unites them with their vision of a better world for themselves, their species, their environment… I always think that if peace on Earth was declared today, we would realise that it’s not up to Trump or May or the far right; but we would see that we all affect the world with how we think, act and do things here.

CúMara is working on a show that will be out in Ireland in 2019, and then touring the world in 2020. She’s also looking for funding for a children’s film and book she hopes to give away for free. And when Reclaim Love is over, she says she “will be straight back to my fireside on my little bus on the Faery Isle to get back to writing and rehearsing”.

But, for now, CúMara’s focus is Reclaim Love. She believes that society is at tipping point and change for the better is possible. She says politicians must not be in charge of change: “They will follow when they are ready”. And she’s a firm believer that focusing on the negative is not the way to change things:

Now more than ever we need to be fearlessly loving. Keep loving and loving, because it’s the only way through this door…

Peace is a by product of love and
Peace on Earth is up to all of us.

– Find out more about Reclaim Love.