The Express tries to whip up hatred for immigrants, and gets spectacularly caught out - The Canary 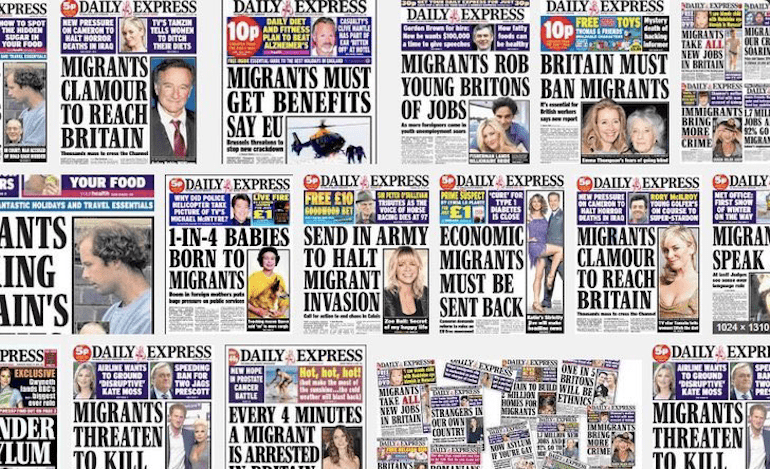 The Daily Express, a tabloid known for its anti-immigrant fearmongering, recently published a story about a “mass sex attack” allegedly committed by more than 900 drunk refugees in Frankfurt on New Year’s Eve. But it now turns out this story was entirely made up.

German tabloid Bild published the story first. And it has since deleted it from its website.

The piece included two apparently made-up anecdotes. One of them came from a supposed victim – Irina – who said immigrants had “grabbed me under the skirt, between my legs, my breasts, everywhere”.

In addition, restaurant owner Jan Mai claimed that 50 Arab men caused trouble in his restaurant. He said they were sexually assaulting women and stealing jackets.

The police who investigated the report, however, found no evidence at all that a mass sexual assault had taken place. Let alone at the hands of refugees. In fact, they’d received no reports of any sexual assault occurring on New Year’s Eve before the newspaper story.

Interviews with alleged witnesses, guests and employees led to major doubts with the version of events that had been presented… One of the alleged victims was not even in Frankfurt at the time the allegations are said to have taken place.

Bild published a statement on 14 February saying it “apologizes expressly for the untruthful article and the accusations made in it”. The Daily Express has now updated its own story to include this apology.

By publishing the initial article, The Daily Express yet again showed loose journalistic standards, and its commitment to an agenda of anti-immigrant fearmongering.

A number of right-wing outlets have a history of false stories blaming ‘migrants’ for non-existent crimes. And while police exposed this fabrication, that doesn’t happen every time.

The reports of a mass New Year’s Eve sex attack in Cologne and other German cities like Hamburg made global headlines. But the existence of made-up quotes, and the fact that police may have tampered with evidence, did not. In such cases, the media has done the damage already.

This ‘news’ serves only one purpose – to divide and sow hate. And we must call it out each and every time.

– Read more Canary stories on refugees and the media.