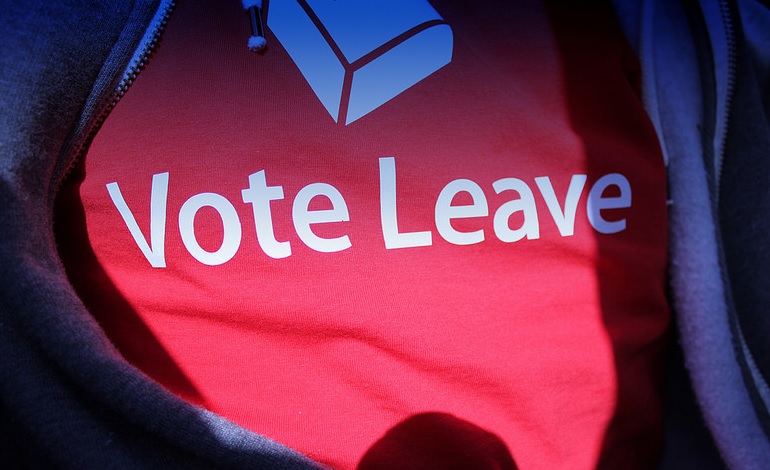 A looming Brexit bombshell is about to make a lot of people very angry. Shortly, the Electoral Commission (EC) will publish details on campaign spending in the EU referendum. And an investigation by openDemocracy suggests there will be a surprising big spender on that list.

But unfortunately, due to a little-talked-about loophole in the UK system, no one will know exactly who provided this “dark money“. Because the sources are secret. Unless, that is, the public forces the government to come clean.

Writing for openDemocracy, Peter Geoghegan and Adam Ramsay explain that Northern Ireland’s Democratic Unionist Party (DUP) is that big spender. It campaigned to leave the EU. openDemocracy asserts that its spending totalled more than £250,000. Compare that to its spending on the 2015 general election (£58,000) and the most recent Northern Ireland Assembly elections (around £90,000).

In fact, as openDemocracy calculates, its net assets by the end of 2015 stood at about £195,000. So how did this extravagant Brexit spending not bankrupt the DUP?

openDemocracy asserts that donations were a likely source for the DUP’s campaign spending. But while most UK political parties have to declare donors who give over a certain amount of money – £7,500 for national parties and £1,500 for local branches [pdf p8] – the same is not true in Northern Ireland. Because NI parties are deemed to have “special circumstances“, due to fears in the country that donors would face intimidation.

Details of the donors are provided to the EC. But the public never sees them. The public, however, did see the results of the DUP’s Leave campaigning. As the party paid for a four-page wraparound “TAKE BACK CONTROL” advert in The Metro newspaper. And openDemocracy spoke to members of the public who saw the adverts in Manchester, Edinburgh, London, Dundee, Cardiff and Sunderland.

Niall Bakewell, from Friends of the Earth Northern Ireland, said:

[these adverts] are a donation hidden in plain sight. A very large donation was funnelled through the Northern Irish donor black hole.

According to openDemocracy, a UK-wide advert in The Metro costs £250,000.

The UK was considered a single entity during the EU referendum. So parties could spend money anywhere. And with the DUP’s “special circumstances”, anyone could feasibly donate money to the party and see the fruits of their financial labour spread across the whole UK.

The Vote Leave campaign and Arron Banks’ Leave.EU both had EC-enforced spending limits on their campaigns. openDemocracy contacted both for comment. Vote Leave denied any knowledge. And Leave.EU claimed – without proof – that Vote Leave was involved in the funding. The DUP didn’t respond.

There is, however, one easy way to find out. The UK government has the authority to reveal who gave the DUP money. And openDemocracy is demanding it do exactly that. We deserve to know who really wanted us to “take back control”. And why.

Whether we agree with Brexit or not.

– Sign openDemocracy’s petition, asking the government to show us the money.