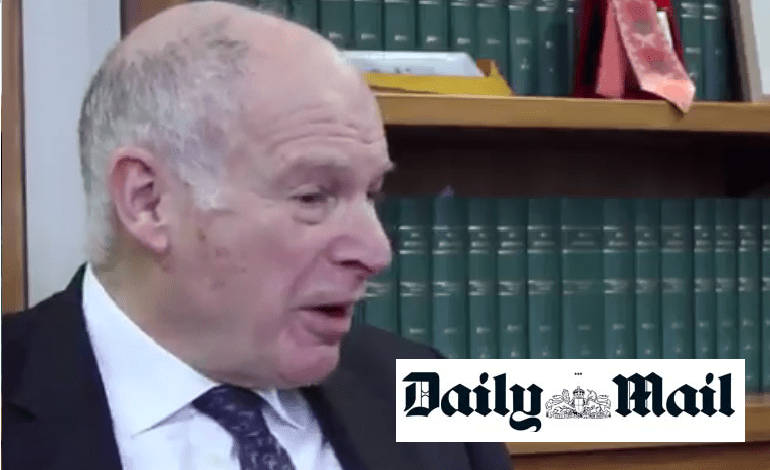 I think with that… power does come a degree of responsibility.

Neuberger said that sections of the press were “undermining the rule of law” in their response to the High Court ruling against the government in November. Some papers launched personal attacks on the judges for ruling that parliament must vote on invoking Article 50, the process for leaving the EU. 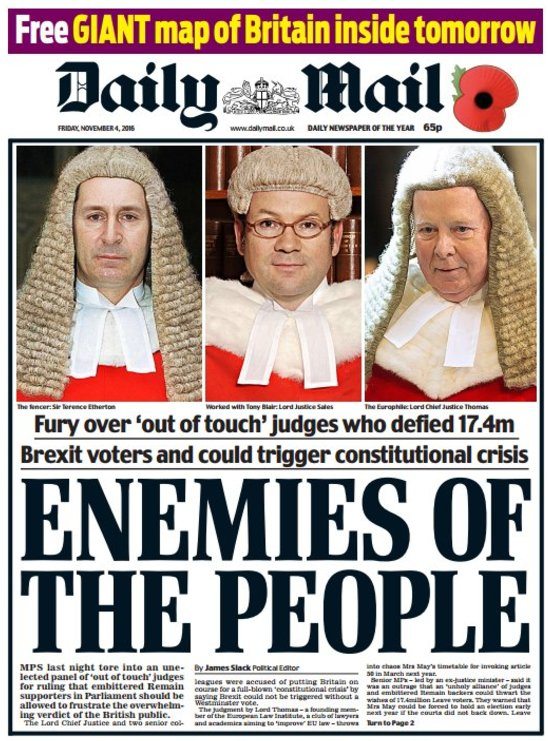 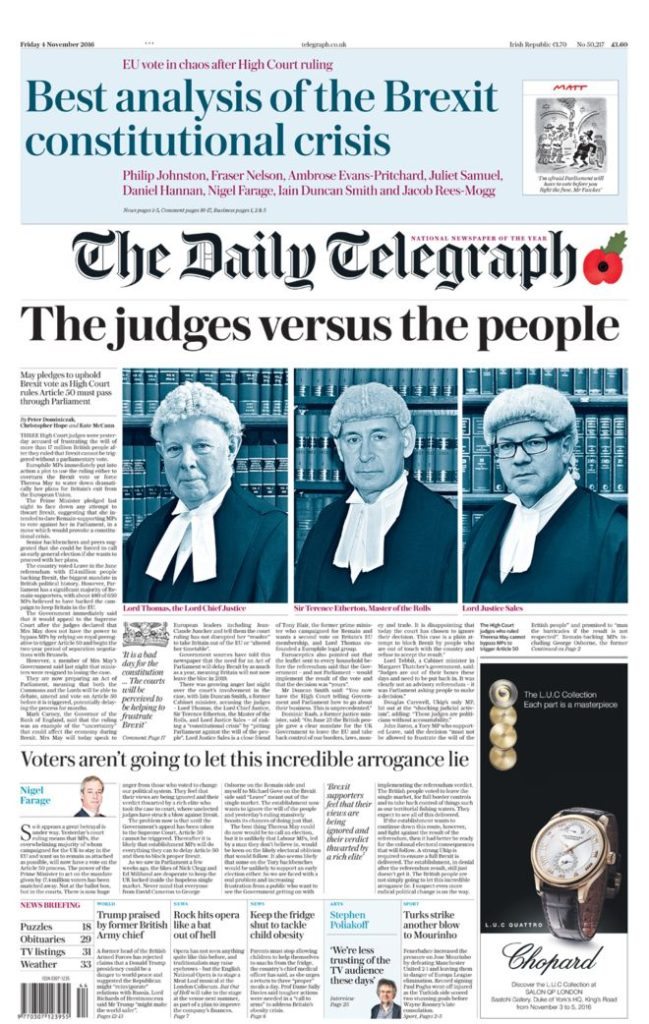 The UK’s top judge made the comments on BBC Radio 4. And it is unusual for judges to get involved in public discourse. He said:

We [judges] were certainly not well treated. One has to be careful about being critical of the press, particularly as a lawyer or judge, because our view of life is very different from that of the media… I think some of what was said was undermining the rule of law.

Neuberger also criticised politicians for not coming to the judges’ defence quickly enough. But he added:

we all learn by experience, whether politicians or judges. It’s easy to be critical after the event. They were faced with an unexpected situation from which, like all sensible people, they learned.

The Justice Secretary, Liz Truss, faced heavy criticism for being slow to defend the rule of law at the time. The Supreme Court President continued:

The rule of law together with democracy is one of the two pillars on which our society is based.

Supporting Brexit is not bonkers. But attacking both parliament and UK courts after voting to restore their sovereignty may well be. Regardless of the two rulings, Theresa May’s government passed the Article 50 bill with zero amendments. The bill handed the Prime Minister the authority to invoke Article 50.

The courts did not override the referendum. The two rulings on the challenge and subsequent appeal only meant that the Brexit process must undergo parliamentary scrutiny. Legally, the referendum was always only advisory.

Nonetheless, people have rallied to attack the judge:

"Lord Neuberger" No one is unaccountable.What Neuberger doesn't seem to grasp is we are a democracy & challenging the elite is our right

"He is quite wrong" – Kelvin MacKenzie on Lord Neuberger's comments that attacks on judges 'undermine law' https://t.co/h9JKUMeClQ pic.twitter.com/f7cqi1vAMR

Everyone in society can be subject to criticism. But the judges were upholding a basic constitutional law of parliamentary sovereignty. Branding them ‘enemies of the people’ was clearly a step too far.

Watch the video of the Supreme Court President here: