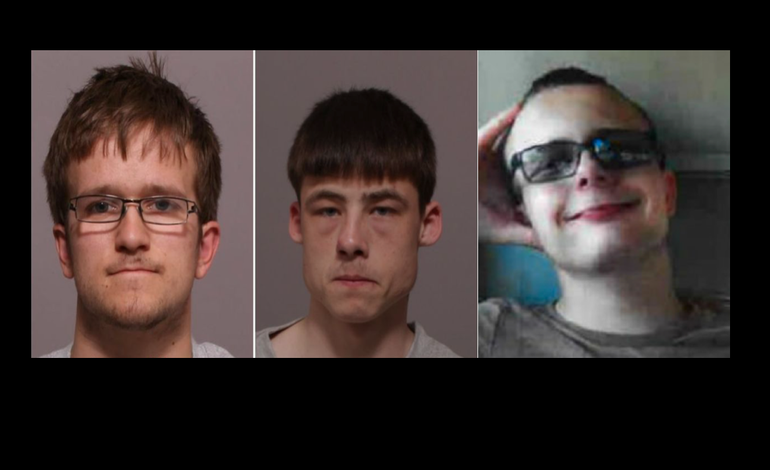 A young man with learning difficulties has been lynched in an English town. His assailants filmed his murder, as they hung him from a tree and beat him to death in Leicester. But on Monday 20 February, both were sentenced to life in prison.

The lynching of Brendan Mason

Brendan Mason was 23 years old on 5 July 2016, when he agreed to meet two men he believed to be friends at 1:40am in a local park. But 21-year-old Joshua Hack and 22-year-old Keith Lowe had other plans for Mason that night. They messaged each other on Facebook to plan their ruse and the attack. As The Metro reports:

when they arrived, they hung him from a tree, taking turns hitting him while the other held him for several hours, laughing and taunting him in the early hours of July 5 last year.

After he fell unconscious, they stripped him naked and threw his body in a pond, leaving him for dead in Abbey Park, Leicester.

Mason was discovered by a groundsman at around 7am the following morning. He was rushed to hospital where NHS staff discovered over 99 separate injuries from the attack, including brain injury, a collapsed lung and five broken ribs. Hours later, Mason died from those injuries.

Hack and Lowe went on trial last week, with the former pleading guilty to a charge of murder, but Lowe continuing to deny he took part. Four days into the trial, Lowe changed his plea to guilty after police found the video of him participating in the attack which he had tried and failed to delete from his phone. Prosecutor Miranda Moore QC told the court:

Officers were able to see the video on the Cloud, showing an unfortunate scene.

It was being made for a third party to show them what happened to Brendan.

The court was also presented with Facebook messages the pair were sending each other while they were in the park with Mason prior to the attack. They used the Facebook messages to plan the attack, while Mason was oblivious to what was about to take place. At 2:46am, Hack sent Lowe a message saying:

Just do it dude.

As Mason lay dying from his injuries, naked and alone in the park, Hack and Lowe headed to McDonalds.

It is not right how two evil people can do such a horrific thing and leave a massive hole in our lives that will never be filled again.

Brendan was a lovely young man and he was so happy. He had numerous learning difficulties and very poor vision.

Even though Brendan had numerous learning difficulties and was very easily led by others, he always knew right from wrong.

The police have been a big part of our life for the past seven months; they have been amazing, but there will never be closure for us.

On 20 February, the pair received life sentences for their crime. Hack was sentenced to 20 years and 6 months, and Lowe for 21 years. Sentencing judge Michael Chambers based the lengthy sentences on two important factors. He told the court that “the degree of planning and premeditation, based on evidence by phone calls” and “suffering of the victim before death” meant that parole should not be considered before the pair have served their full sentences.

The lynching of Brendan Mason comes at a tough time for people living with a disability in the UK. Since 2007/8, there has been a 213% rise in hate crimes against disabled people, with figures jumping 40% a year for the last two years. These numbers include Lee Irving, a man with “the mind of an 8-year-old”. He was bullied and tortured over a number of days at a house in Newcastle in 2015. When he finally succumbed to his injuries, his tormentors dumped his body on a grass verge.

And in 2016, when Daniel Smith – an autistic man – attempted to defend himself from a violent hate crime, he found himself charged with assault. Thankfully, he was later acquitted by the courts, who agreed he’d acted in self-defence.

The rise in hate crimes coincided with the austerity programmes of the Coalition and Conservative governments. The justification for disability-related benefit cuts and mass reassessment of claimants has involved suspicion and mistrust of disabled people. Linda Burnip, co-founder of campaign group Disabled People Against Cuts, said:

This figure shows a shocking increase in disability hate crime, which is no doubt fuelled by the constant media fuelled campaign against benefit claimants.