Nicola Sturgeon just told Theresa May where she can stick her 'callous and uncaring' policies. And it's not Scotland. [VIDEO] - Canary 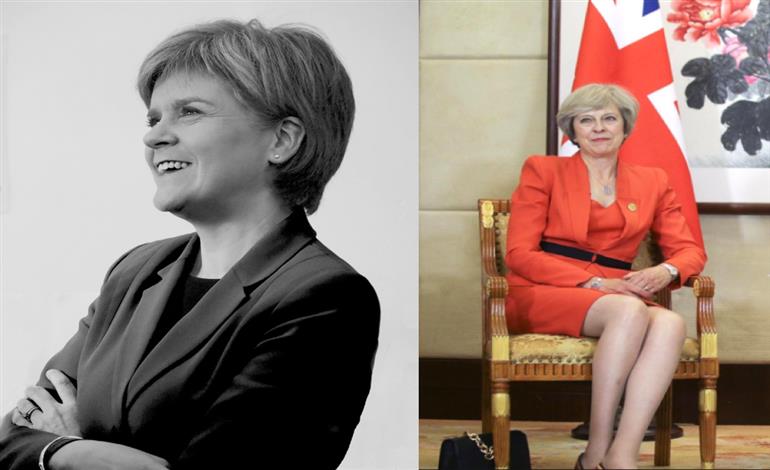 First Minister of Scotland Nicola Sturgeon has sent a warning to Westminster not to attempt to force Scotland to follow the “callous and uncaring” austerity programme that it has forced on England and Wales.

The letter from Nicola Sturgeon

Nicola Sturgeon penned a column for The Daily Record which reads like an open letter to Theresa May and her Conservative government. The letter delivers the message that ideological austerity is “not what the Scottish Parliament signed up to”.

Following the 2014 independence referendum, the Conservative government made promises about Scotland’s autonomy on social security policy. But since then, the Conservatives have sought ways around the promise. One is to enforce the benefit cap in Scotland – which would tie the Scottish parliament’s hands on welfare. For example, Scotland has agreed to abolish the bedroom tax. But if the Conservatives force the cap on the devolved government in Scotland, they might not be able to do so for claimants who would then exceed the cap.

Let me be clear, time and again, up to now, everyone including the Tories agreed that the benefit cap wouldn’t affect social security  decisions taken by the Scottish Government.

The cross-party Smith Commission agreed and the Secretary of State for Scotland confirmed it in the House of Commons – under pressure from SNP and Labour MPs.

And the financial arrangements for the Scotland Act put it in black and white.

That rule is fundamental to our delivery of a social security system in Scotland and we need absolute clarity from the UK Government that they won’t take funds off the very people we are trying to help.

We’ve seen the callous and uncaring approach taken by the UK Government to the welfare system. We don’t want to see that continued in Scotland in those areas – still far too limited – where we have the power to make a difference.

When assessing the damage ideological austerity has done to welfare claimants and carers across the UK, it is difficult not to side with Sturgeon.

The benefit cap was announced in 2010 and rolled out in 2013. In November 2016, the Conservative government reduced the total amount any family can claim from £26,000 to £20,000 (outside London). The arbitrary cap takes no account of real world costs of living for low-income families, particularly those dealing with illness and disability. As The Canary‘s Steve Topple reported last year, the impacts were immediate:

In Grimsby, this has left at least 62 families with just 50p, or nothing at all, in Housing Benefit. Prior to the new cap, these families had already seen their housing benefit cut. Also, the benefit cap affects families’ Child Benefit, many on Employment and Support Allowance (ESA) and Incapacity Benefit.

In Luton, families will have £1.9m wiped off their income. This will affect 2,000 children. Some households have lost £116 in Housing Benefit after the cap was introduced. Robin Porter of Luton Borough Council said:

Once again decisions made by central Government will have a knock on effect for residents in Luton.

And in Liverpool, preliminary analysis has suggested that around 1,950 families, including 6,600 children, will lose out. Some families in Wirral and Sefton, for example, will lose up to £115 a week.

The bedroom tax strips housing benefit from claimants with ‘spare’ bedrooms. Like the benefit cap, it doesn’t account for reality. It ignores the impacts of the housing crisis, and the requirements of disabled claimants and their carers. In fact the first person to face eviction under the bedroom tax was severely disabled Lorraine Fraser of North Lanarkshire.

I can advise you that North Lanarkshire Council has commenced court action to evict you from your home.

It was only a vigorous local campaign which saved Fraser from losing her home. Others were not so lucky. In Carlisle, a 2016 study found a surge in evictions for the area’s biggest social landlord. And one-in-three was related to the bedroom tax.

A study on the effects of the bedroom tax by the University of Manchester found that it left children in poor families “hungry and stressed”. Its authors concluded:

The findings of this study confirm a wider picture emerging from research which points to the bedroom tax failing to meet its original aims while contributing to significant hardship among low-income families.

A matter of independence

Scotland has chosen to protect its citizens from the ideological austerity of the Conservative and New Labour governments. Free prescriptions, no tuition fees, a refusal to implement callous and unnecessary cuts to welfare. This commitment to social democracy distinguishes the devolved government of Scotland from its Westminster counterpart.

Westminster is creating the conditions for Scotland to leave the union.

While the fear campaign against independence won a narrow victory in 2014, much has changed since. Remaining in the union today means something very different. Brexit, enforced ideological austerity, and an increasingly concerning trans-Atlantic alliance with President Trump. It also means being tied to Westminster’s refusal to honour international obligations to child refugees.

If it comes to a showdown, the Westminster government’s bullish tactics may well cost them the union.