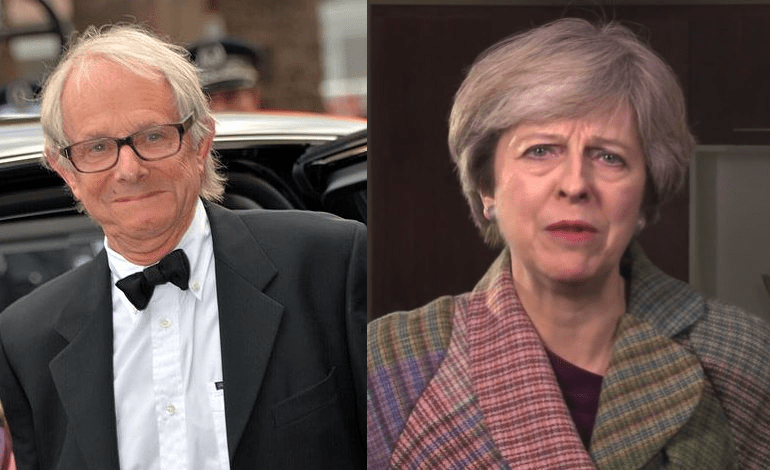 Ken Loach has told LBC radio listeners the last thing Theresa May wants them to hear. Speaking to host James O’Brien, the BAFTA award-winning director revealed the ultimate aim of the Conservative government:

The aim is to privatise everything

To illustrate, Loach spoke about Richard Branson’s takeover of our NHS:

Why does the guy need another island for us to look after ourselves?

The NHS is just one example of increasing privatisation. David Cameron’s Conservative government sold off a record-breaking £26bn worth of our assets in 2015. From privatisation of the BBC to our prison system, May is continuing the project.

Moving on to the other face of our outdated two-party system, O’Brien asked Loach about the Labour Party’s failings:

Why is the Labour Party failing to make the case that you’re making in cinemas?

The director responded by insisting that Jeremy Corbyn is making that case. Loach referred to the Labour Party’s pledge to scrap the Work Capability Assessment (WCA). The WCA ignores the advice of medical professionals. Instead, it installs a private US company that decides if someone is ‘fit for work’. Such a procedure has contributed to the deaths of many people with mental health conditions, according to government-funded research.

Loach went on to argue that it’s others in the Labour Party that aren’t making that case:

The problem lies with the Labour MPs who don’t represent the party membership that voted 60% or more for Jeremy Corbyn and have done their best to undermine him. They don’t promote the policies. So the leadership of Jeremy Corbyn and John McDonnell is left stranded.

His summary was adamant:

The EU – “a club for employers”

The conversation then moved on to the Labour Party’s position on the EU. The director of I, Daniel Blake argued that the EU is “a difficult subject for the left”. He said Corbyn’s arguments “reflected that”:

The EU is a club for employers. It promotes privatisation and it supports employers against workers’ rights… If you just want a three-word slogan, well that’s not his style; he does justice to complicated subjects.

Loach also hit out at the corporate media’s coverage of the referendum:

The coverage in the press and mainly in TV was an argument between two sections of the right.

Analysis from The New Statesman on the coverage of the EU referendum chimes with Loach’s point. The media outlet analysed the main evening bulletins on Channel 5 (5pm), Channel 4 (7pm), the BBC, ITV, and Sky News (10pm). The findings showed that, while Remain and Brexit voices were balanced, a huge 71.2% of political sources were from the Conservative Party. Compare this to just 18.4% from Labour.

All the main broadcasters treated the EU referendum as a debate between two factions of the Conservative Party. This meant the mainstream media sidelined many issues such as workers’ rights.

Corbyn’s principled stance on the complex issue of the EU could be more convincing than pretending the international bloc is all peaches and strawberries.

From the EU to media propaganda, Loach continues to speak truth to power. The Prime Minister would not be happy about the director’s clear exposé of her secretive privatisation agenda.

– Take action against austerity with The People’s Assembly.