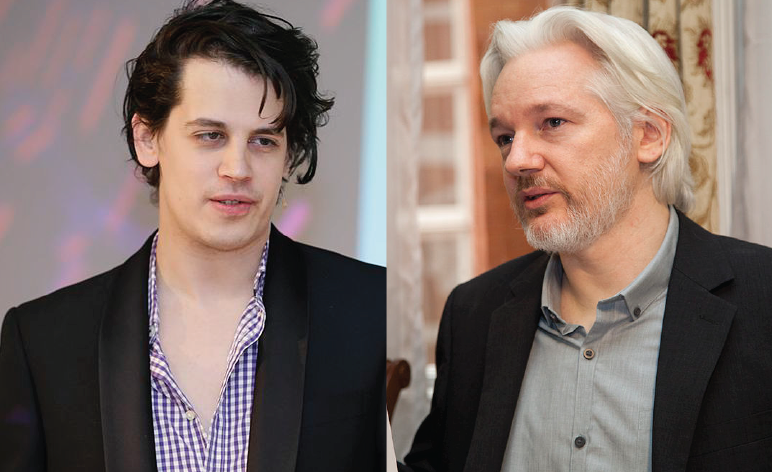 Prominent alt-right poster-troll Milo Yiannopoulos has found himself in trouble over comments he made which appeared to endorse statutory rape. And as a result of his actions, he has lost a book deal, he has been uninvited as a speaker at a conservative event, and he may even lose his job.

Assange made several comments on the reaction to Yiannopoulos losing his lucrative book contract. A contract which secured him a $250,000 advance:

.@nycjaneyvee Issue is 'liberals' cheering on a clearly illiberal act — book censorship — for political reasons with morality as cover.

Some people have questioned if this is truly “censorship”, though:

Censorship? Technically Milo can put the whole thing on the internet if he wants. https://t.co/azDVjA4SY4

Others have drawn attention to the difference between freedom of speech and entitlement to an audience:

waiting for every university to pay me to speak and every publisher to offer me a book deal cause otherwise I'm being censored pic.twitter.com/r5YpoVslz0

The argument is that Yiannopoulos is free to say what he wants. But that the public are in turn free to criticise him. And his ex-publisher, Simon & Schuster, is free to drop him as a client. A move which they have likely made because they think supporting Yiannopoulos would be worse for business than dropping him. Responding to predicted supply and demand is just how businesses operate in a capitalist system (a system both Yiannopoulos and Assange have spoken favourably of).

But some people have agreed with the assertion of censorship:

Some have even taken it seriously from a legal standpoint:

Yiannopoulos was banned from Twitter for encouraging abuse. But he does still have an audience on Facebook of nearly two million people. This is a privilege, and not something he has an inherent right to. The people who follow him are free to unfollow. The people who employ him are free to let him go. Most people would expect to lose their job if they said the sort of things Yiannopoulos has said. As a result of his own actions, Yiannopoulos is experiencing what that feels like. People can call this censorship, but the alternative is forcing followers to follow him, forcing publishers to publish him, and forcing employers to employ him.

– Support The Canary so we can keep bringing you more of the news that matters.