You're not imagining it. A major report says we actually are returning to the 1930s - Canary 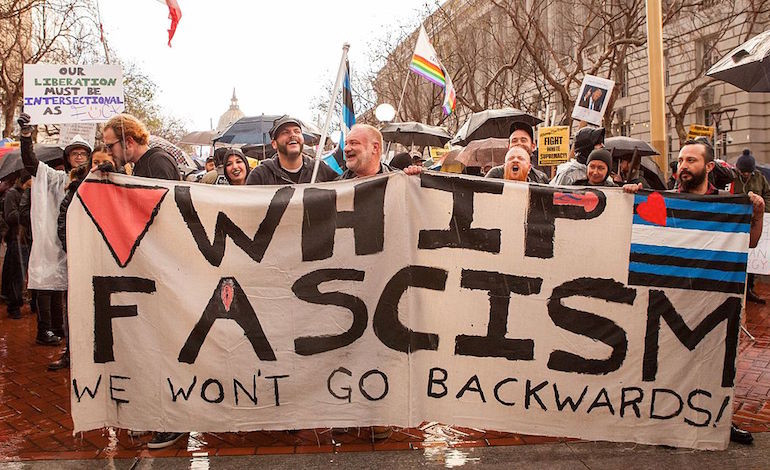 Amnesty International has released its annual report, and with it comes a damning statement. The organisation warns that politicians using the “us vs them” rhetoric are leading us to a more divided and dangerous world. And it’s also calling for “human rights heroes” to join together against growing hatred.

The report, called The State of the World’s Human Rights, sums up the human rights record of 159 countries. And it hasn’t left out the West. Releasing a statement along with the report, the renowned human rights organisation could have been speaking directly to the UK government.

Amnesty warns that politicians “wielding a toxic, dehumanizing ‘us vs them’ rhetoric are creating a more divided and dangerous world”.  The organisation’s General Secretary, Salil Shetty, said:

2016 was the year when the cynical use of ‘us vs them’ narratives of blame, hate and fear took on a global prominence to a level not seen since the 1930s.

Today’s politics of demonization shamelessly peddles a dangerous idea that some people are less human than others, stripping away the humanity of entire groups of people. This threatens to unleash the darkest aspects of human nature.

The report itself pointed to unprecedented levels of hate crime in the UK, directly after the divisive EU referendum. An event which saw UN calling on the UK to address the issue.

But actually, it’s not just UK citizens who suffer as a result.

Pitting “us” against “them” has left little appetite to help resolve the rest of the world’s problems.

For the Middle East and North Africa, a region which is no stranger to toxic division and polarization, the spread of such dehumanizing rhetoric has had catastrophic consequences.

Throughout 2016, governments across the region, emboldened by this global trend, have launched attacks on civilian populations, committed war crimes and cracked down on peaceful activists, using the same dehumanizing rhetoric of ‘us versus them’.

Instead of solving real problems, meanwhile, the UK has scapegoated refugees and migrants for domestic problems. And now, Shetty says, the limits of what is acceptable have been shifted, bringing us “closer to the abyss”.

But Amnesty has a suggestion.

And it’s not only Amnesty that has sensed this urgency.

David Miliband, former Labour Party front bencher and head of the International Rescue Committee, attacks divisive politics too. He says “tribalism” will never address the biggest problems in the world or enhance our security:

The last thing that Isis and other hatemongers want is for the US and Europe to be a beacon of tolerance and compassion in the world.

What Miliband calls for is a policy agenda that will chip away at humanitarian crises instead of adding to them. But under the harrowing shift of world politics, this won’t come easy. And like Amnesty says, it will need resistance from the bottom up to get back the commitment to human rights we have forsaken.

– Write to your MP and demand human rights for everyone.

– Find out more about Amnesty International.