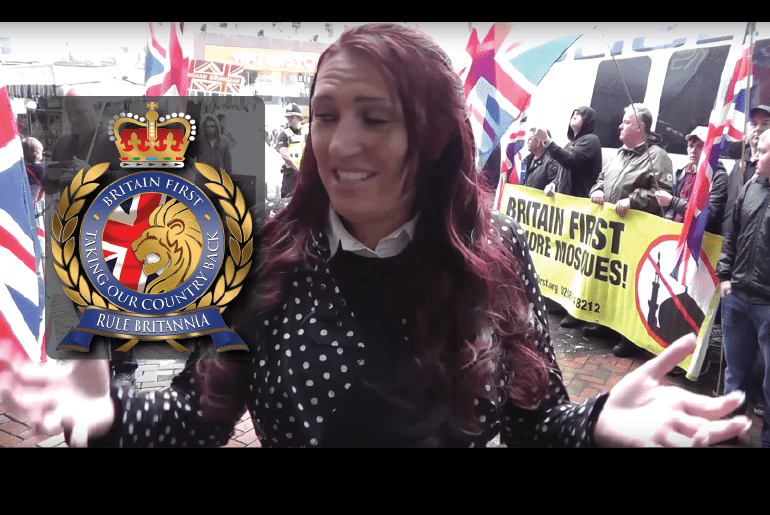 The far-right hate group Britain First has lost many battles in the last 12 months. Its London mayoral campaign was a disaster. A judge sent its former leader, Paul Golding, to prison. And another court banned the entire organisation from entering any mosque in the UK. The current leader, Jayda Fransen, hasn’t let this stop her from starting new battles, however. And her latest is accusing Cadbury’s of funding jihad.

Such a debate does not call for financial statistics and arguments about trade relations because this is not a debate about certification fees or even slaughtering rituals. It is about the fact that to be Muslim is to be perpetually encountered as inherently suspicious and deviant.

Since Kraft bought Cadbury, it has become a less reputable brand. But that doesn’t mean it supports fundamentalist jihad. And Cadbury has defended itself against Fransen’s accusations:

None of our UK products contain meat and therefore halal accreditation is not needed.

So in other words, writing ‘halal’ on a chocolate bar is like writing ‘vegan’ on a packet of peanuts. It’s just unnecessary. In response, however, Fransen pointed out that, in other territories, the halal certification is used. Although she still offers no evidence to support her accusations:

Some people agreed with Fransen. But most did not:

You do know Green & Blacks was bought by Cadbury in 2005? Or perhaps you don't…

When U go 2 the store, put pkge of pork on the Cadbury shelfspace. I'm going to do that this evening.

The “debate” resurfaced when Fransen retweeted this response from a supporter:

Have not brought Cadburys since last Easter when they took the word "Easter" off their eggs! everyone should boycott this company! https://t.co/zh0YsaJu0Y

This added an entirely new dimension to the debate. Although it is true that the use of the word ‘Easter’ isn’t as widespread as it once was, Cadbury definitely still uses it.

It’s also important to remember that, while the Easter egg is a traditional symbol of rebirth, hard-right Christians would do well to remember the words of the God they supposedly believe in:

Thou shalt not make unto thee any graven image

In other words, it’s more important to follow the teachings of the Bible than it is to fetishise chocolatey consumerist symbols.