Given tomorrow’s election, this local front page splash must be stressing the PM right out [IMAGE] - The Canary 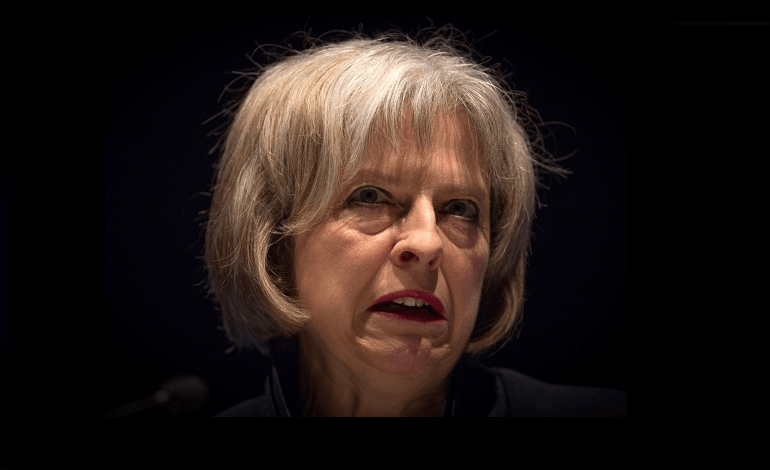 There is a by-election in Copeland on 23 February, so Theresa May must be stressing out about a front-page splash in the constituency’s local paper.

Copeland’s local NHS crisis has become a defining feature of the electoral battle. And here’s the front page of The West Cumbria News & Star the day before the election: 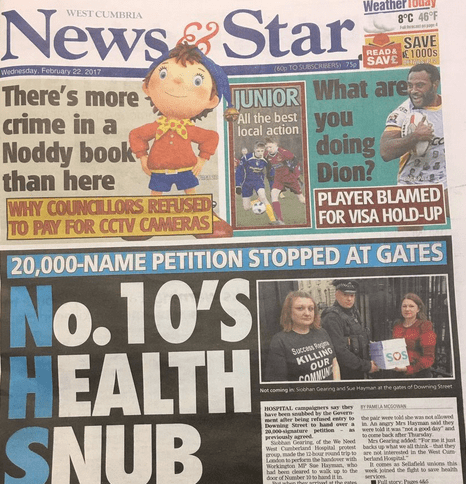 The paper’s leading story suggests May’s government is not even pretending to care about local NHS issues. Reporting on a petition by the We Need West Cumberland Hospital campaign group, signed by 30,000 plus people, it calls on the government to stop a proposed downgrading of West Cumberland Hospital. Such a downgrade would force a 40-mile rural journey upon those who need maternity care and children’s, stroke, or major trauma treatment.

But the petition was refused at the gates of Downing Street. Eventually, a security official at No. 10 told campaigners that the petition could wait until Thursday or they could leave it with the police.

No decisions have been made about the future of health services in north, west and east Cumbria.

We understand the concerns of people living in rural areas and agree that patients should receive high quality care, regardless of where they live.

It’s not just the petition, however, where May appears to be ignoring Copeland’s NHS crisis. When visiting Copeland last week, the Prime Minister refused four times to assure constituents that they would not be downgrading the hospital.

The central Conservative government has produced an understaffed and underfunded NHS. A recent study found that government cuts could have caused 30,000 excess deaths in 2015. The knock-on effect of this has been a crisis in local services across the country.

But the front page means local people know May is delivering them the finger. So the ruling party may be about to get its comeuppance in Copeland.

– Take action to protect the health service with Keep Our NHS Public.