The government tries to hide the truth about homelessness, and gets caught red-handed - Canary 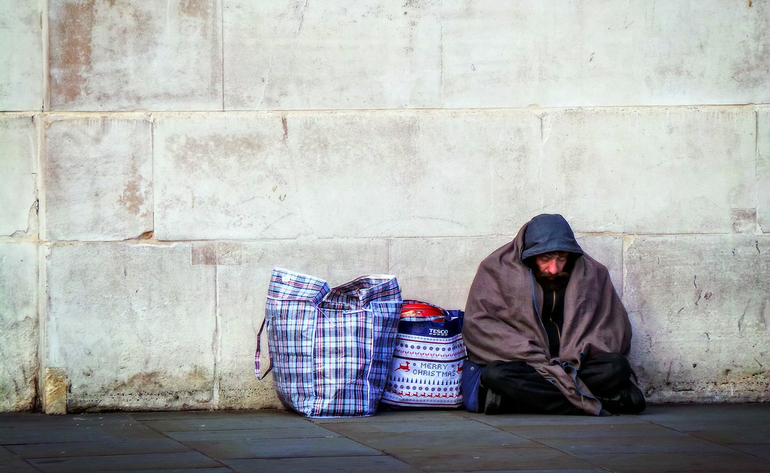 The UK Statistics Authority has criticised the Department for Communities and Local Government (DCLG) for misrepresenting homelessness in the UK.

Homelessness is still a massive problem

Statutory homelessness may have decreased between 2003 and 2009. But under the broader and more realistic definition, homelessness remains as problematic as ever. According to Crisis, the number of rough sleepers in London alone was more than double in 2015/16 compared to 2009/10.

A “conservative” estimate from charity Shelter suggests that 250,000 people are currently homeless in the UK. The charity also identifies homelessness ‘hotspots’. Central London has the highest rates of homelessness. Other hotspots include Birmingham, Brighton and Luton.

Recent figures highlight that, in Croydon, the number of families with young children who are homeless has doubled in the past five years. Findings show that 86% of those accepted as homeless by Croydon Council were households with children.

The second largest group seeking help is people with medical conditions. The third largest group is the elderly, followed by those with mental health problems.

has been caught out playing a numbers game, rather than accepting there is a problem, and getting on with the more important work of finding solutions.

clearly has more work to do to effectively communicate the limitations of the current and widely used statutory series, and to ensure that an understanding of these complexities is reflected in broader public debates.

A DCLG spokesperson told The Canary:

We’re aware of the issue raised and have taken steps to make sure this does not arise in the future.

By some estimates, the UK is the fifth largest economy in the world. Yet homelessness is widespread. This is an uncomfortable reality for the government. Hundreds of thousands of UK citizens live a degrading life, being ignored, kicked and spat on.

Homelessness is also a public health issue. But it can’t be effectively tackled if the government fails to accurately report on how many people are actually homeless in this country. By peddling misinformation, the government shows that homelessness is still something too uncomfortable to be honest about.

But we can’t ignore the travesty of the situation. One of the richest countries in the world is failing to look after the most vulnerable and marginalised citizens in society.