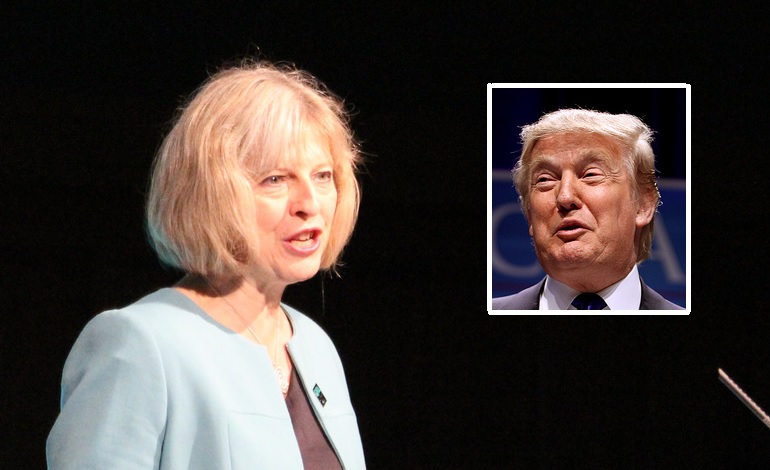 On 20 February, the Tory government responded to parliamentary questions on Israel. These asked what Foreign Secretary Boris Johnson had said to Israeli Prime Minister Benjamin Netanyahu about his country’s settlement building on Palestinian land. They also asked what the UK government was doing to avoid trading with those settlements. But the response was woeful; so poor, in fact, that it surpassed even US President Donald Trump on the ‘screw humanity’ spectrum.

Mid Sussex MP Nicholas Soames asked about Johnson’s discussion on settlements with Netanyahu. The Israeli PM visited the UK and met with ministers on 6 February. In response to Soames’ query, Parliamentary Under-Secretary for the Foreign Office Tobias Ellwood wrote:

They discussed the Middle East Peace Process and the UK’s firm commitment to a two state solution. The Foreign Secretary restated the UK’s position that settlements in the Occupied Palestinian Territories are illegal and an obstacle to peace.

Yet that “position” does nothing to halt illegal Israeli settlements. Because the government won’t establish any consequences for Israel if it does not abide by the UK’s “position”. So as author and analyst Mark Curtis has pointed out, this response amounts to nothing:

UK govt confirms in effect it is doing precisely nothing to oppose illegal #Israel settlements. This should be news https://t.co/fGPxSmw4SM

Even Donald Trump, when he met with Netanyahu on 15 February, came up with a better answer than Theresa May’s government. He asked the Israeli PM to “hold back on settlements for a little bit”. And while meagre, this plea was still much more than his UK counterparts could come up with.

Back in parliament, Baroness Tonge posed a second question. She asked what measures the government is putting in place to prohibit trade between the UK and illegal Israeli settlements. Lord Price, Minister of State at the Department of International Trade, responded. He acknowledged the UK’s “strong and important” trade relationship with Israel. He also confirmed that the government is “firmly opposed” to boycotts or sanctions. And the current EU trade agreement with Israel, he insisted, doesn’t include settlements outside Israel. In short, he said, “it is up to individual businesses whether they undertake business dealings with companies operating in illegal settlements”.

In other words, the Tory government intends – again – to do nothing. Faced with a record number of Israeli demolitions and seizures of Palestinian land in 2016 – 1,089 Palestinian-owned structures in the West Bank – it chooses inertia. Aware that the Israeli government just passed a bill to retroactively legalise its already existing illegal settlements, Tory ministers shrug.

And they do so as Palestinians enter their 50th year of Israeli occupation. That anniversary should be marked by progress. But as the current UK government shows repeatedly, it is not up to that task.

And with the UK’s historic role in the creation of Israel, that is absolutely shameful.

– See more Canary articles on Palestine/Israel at The Canary Global.