See the girl who can shoot glitter from her arm 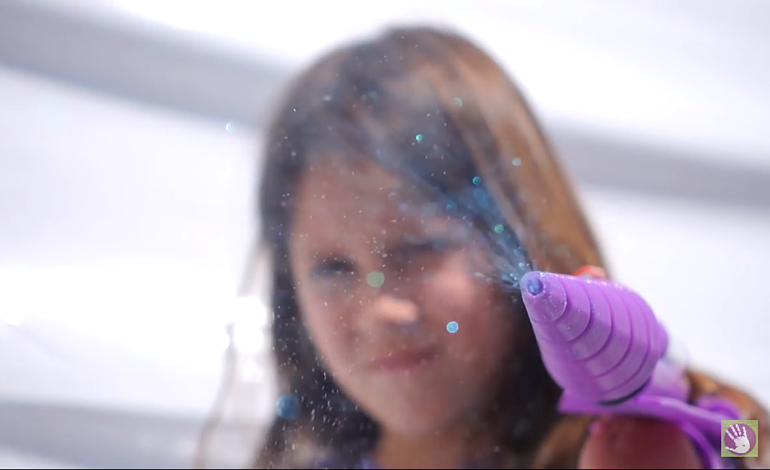 Jordan Reeves is 11 years old and has an undeveloped left arm. Her solution? An artificial arm that doubles as a glitter blaster. She calls her creation Project Unicorn. She demonstrated the sparkly attachment on the US equivalent of Dragons’ Den, along with a more practical design for getting paper towels out of dispensers.

She admits it’s not the most useful thing in the world but says: “Who cares? It’s fun and it’s exciting and it’s a really cool way to empower kids.” And it’s this idea of empowerment that is actually driving developments in children’s prosthetics.

Jordan has had a lifetime of dealing with artificial limbs. But it can be hard for kids to feel comfortable with prosthetics. “I feel like the engineers building these hands are really great, but they don’t know the body,” says Jordan’s mum, Jen. Also, children grow out of their limbs very quickly, meaning regular expensive replacements.

With the arrival of 3D printing, prosthetic engineers discovered they could build modular limbs. When a part becomes too small, another, slightly bigger, one can easily be made and fitted into the assembly. This process has cut the cost of prosthetics. But it has also opened up the design process. Accessible open source templates and the ease of the 3D printing manufacture make the technology ripe for personalisation.

Kate Ganim ran the workshop at which Jordan came up with Project Unicorn. She says:

Our interest is in getting kids familiar with taking an idea from concept to execution and learning the skills along the way to do that. Ideally, it’s not about the end product they end up with out of workshop; it’s more about realizing they’re not just subject to what’s available on the market. It creates this interesting closed loop system where they’re both designer and end user.

The theme of the workshop was the children creating ‘superhero’-type attachments. But by becoming involved in the design and manufacture of their own prosthetics, children are helping medical engineers produce better solutions. And they’re learning engineering skills themselves. And of course, they’re having fun. After all: 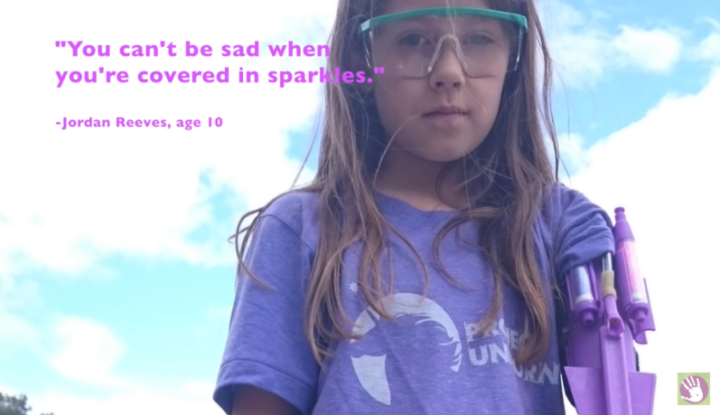 – Read more Science & Tech and Health stories from The Canary.