Muslims and Jews are in the spotlight again, but for all the right reasons [VIDEO] - Canary 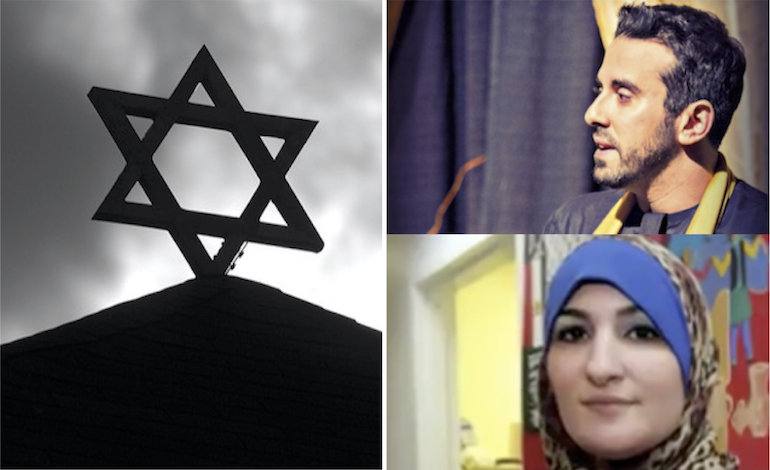 After a suspected antisemitic hate crime, Muslims are uniting to raise funds to help restore the damage. And it has had a greater impact than they could have imagined.

Over the weekend of 19 and 20 February, vandals defaced 170 headstones in a Jewish cemetery in St. Louis, Missouri. The police have not found the culprits, but they think it may have been a hate crime.

At the same time, the Jewish Community Center (JCC) Association of North America said that Jewish organisations in the US had received 50 bomb threats since the start of the New Year. 11 of these came on 21 February alone. Although they were hoaxes, it shows the prevalence of antisemitism, which many link to the rise of far-right populism.

But other faith groups haven’t let the Jewish community clean up the remnants themselves.

Notably, two US Muslims promptly started a crowdfunding campaign to help restore the damage. In fact, they raised $80,000 within 24 hours – three times their goal.

Linda Sarsour of MPower Change and Tarek El-Messidi of CelebrateMercy started the campaign. They write on their Launchgood.com page that their faith prompts them to help. They further say:

Through this campaign, we hope to send a united message from the Jewish and Muslim communities that there is no place for this type of hate, desecration, and violence in America.

Despite the ugly nature of the act, El-Messidi finds solace:

You could say there is a silver lining in all the hate that is being directed against Jews and Muslims in America right now in that it has brought the two communities together, and this is just one example.

The campaign has also gained a lot of attention online:

This is such a beautiful thing.https://t.co/grBbo1hetz

I get to fan girl too. Thank you @TheEllenShow for choosing to share our campaign. #RestInPeace pic.twitter.com/8Ex0gTAiFY

While divisiveness and religious tensions dominate some media outlets, this campaign has sought to stress another message entirely. That there’s more that unites us than that which sets us apart. And when we unite against hatred, the results can be truly impressive.