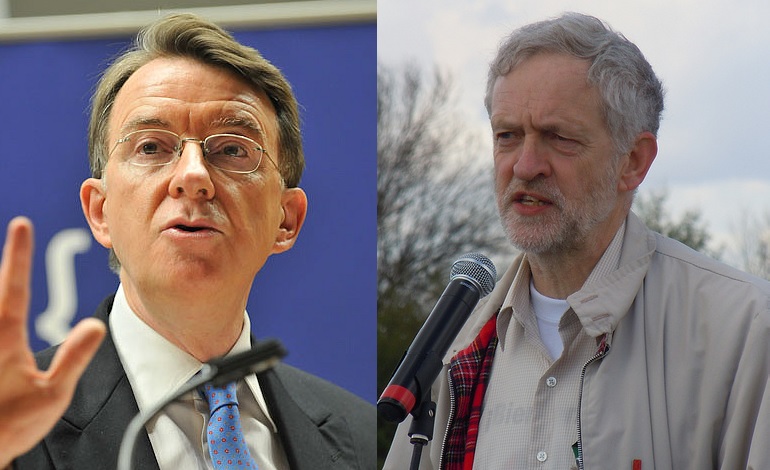 Ex-New Labour Cabinet Minister Peter Mandelson just proved that the coup against Jeremy Corbyn is alive and well. At a Jewish Chronicle event, the staunch ally of Tony Blair revealed that he works “every single day” to bring about the end of Corbyn’s tenure as Labour leader.

Mandelson disclosed his anti-Corbyn efforts to Jewish Chronicle Editor Stephen Pollard. In the interview, Pollard asked Mandelson about the Labour Party’s present electability now it is being led by a “maniac”. Mandelson replied that the party is currently on “life support” but can recover “if and when we get another leader”. He also explained what he is doing to bring about such change:

I work every single day to bring forward the end of his [Corbyn’s] tenure in office. Every day I try to do something to rescue the Labour Party from his leadership.

The event’s audience erupted in laughter at Pollard’s “maniac” label. And the editor clearly agreed with Mandelson’s sentiments.

But exactly what is Mandelson doing each day to bring Corbyn down? First of all, he has publicly opposed Corbyn’s tenure since he first took office in 2015. And the managing partner at a consultancy firm Mandelson chairs loaned money to anti-Corbyn group Labour Tomorrow in June 2016.

Furthermore, Mandelson’s close ally Tony Blair recently launched an anti-Brexit drive. Just as the party faces two important by-elections in pro-Brexit areas. Mandelson himself has also urged MPs to oppose a Brexit that is “not good for Britain”.

But obviously, it’s not just a hard Brexit that these New Labour heavyweights oppose. It’s Corbyn, too. And they’re absolutely obsessed with removing him, as Mandelson’s comments prove.