Frankie Boyle drops a truth bomb on the media. And The Guardian refused to publish it - Canary Workers’ Co-op 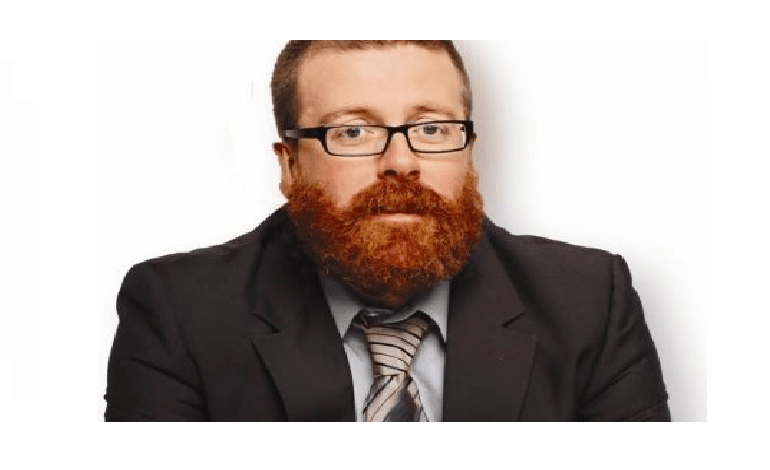 The Guardian refused to publish Frankie Boyle’s new column apparently because it “didn’t like the Rupert Murdoch jokes”. So the comedian took to Facebook to air his latest piece on Donald Trump’s regime and the corporate media.

As well as criticising Trump, the article drops a truth bomb on the corporate media:

Trump’s base are people who believe that the U.S is a country run by elites enabled by mainstream media propaganda. Which, awkwardly, it is.

Boyle argues that Trump “isn’t inventing public disillusionment with the news media” but is “co-opting these grievances”. Emphasising deep-rooted propaganda, he then makes jokes about Murdoch’s sperm and drawing a “pair of tits” on page three of Moses’ commandments. And he suggests that the liberal establishment has facilitated the rise of Trump.

Here’s the article in full:

Say what you like about Donald Trump but he’s already done things people said were impossible, like made Twitter worse. Looking back, the Harambe situation is the closest working model we have for a Trump presidency. Last week he gave the sort of press conference that in a movie would bring a weary superhero out of retirement. His answers were filled with pointless digressions and absurd sentence construction, like he was desperately trying to avoid the buzzer on some unfathomable new Radio 4 panel game. And yet I wonder if Trump isn’t playing to his base quite effectively: grievance is a key part of his appeal, and chaos may well just look like him butting heads with Washington insiders. His approval rating among Republicans was 84%, before he started what will no doubt be a series of rallies. Even Trump isn’t stupid enough to think he’s still fighting an election, so the assumption has to be that he’s trying to enthuse his base to create pressure for his agenda on Republicans in Congress.

Trump’s base are people who believe that the U.S is a country run by elites enabled by mainstream media propaganda. Which, awkwardly, it is. Distorted media has been around for as long as Rupert Murdoch. By the look of him that would include telling Moses the commandments would go down much better if he took the third tablet and carved a pair of tits on it. I do feel for Rupert. Not least the arthritic tadpoles that shuffle around in his scrotum, clutching their tiny hearts every time they hear Jerry’s voice, muffled by his adult nappy. Trump isn’t inventing public disillusionment with the news media, just as he hasn’t invented their dissatisfaction with the fruits of globalisation. He has co-opted these grievances, and followed the pattern of his whole life by bringing a lot of disparate stuff under the Trump brand.

The loyalists Trump has appointed form a kind of intellectual wing of anti-intellectualism, but really they’re pouring out of the gates of Mordor so fast it’s hard to keep track of them all without some kind of bestiary. Steve Bannon, who has the name and face of a relegation haunted Scottish football manager, agitates for a white supremacy that already exists. Ironic, really, that one of the main things his Administration seems to have illustrated is that only black people are good at being President. Seemingly every day we have the unveiling of some new cabinet member who has stepped screaming into our dimension after being outwitted by a Princess in a cautionary folktale. If Trump nominated his horse as a consul it would be a blessed relief.

The modern far-right have a lot in common with Jihadis in that their sexual desperation has been used to radicalise them online. The Brexit and Trump campaigns have been their training camps: the equivalent of a few weeks in some desert barracks shooting an AK-47 into an old mattress. Imagine the adrenaline surge of feeling responsible for a huge election upset. And then they have to go back to normal life. A life where during the 10 minutes they had their picture up on Tinder it was left-swiped so many times they got whiplash due to voodoo. Where they look like Joseph Merrick carried a photograph of their face in his wallet as an appetite suppressant. Where their mail-order bride heard who she was being delivered to and chewed off her toes just so she had something to block up the air holes in her crate. And so they channel their energy back into the trenches of hate that now pass for political discourse, to where they feel safe and newly empowered. There’s never been a better time to be wrong.

I sometimes think that the new right have arisen without warning, then I remember that there were loads of warnings but I just kept muting and blocking them all. In all the hilarity of Trump, in the all the cluelessness of Brexit; in the sheer inchoate, transparent, head shaking, WTF of it all, it’s easy to forget that we are losing. We sign petitions while they sign executive orders, pass laws, remove regulation. We share pictures of them signing away our rights as caption competitions. And yes, I realise columns like this aren’t any more effective. There’s obviously a limit to the need for humorous metaphor when describing a society literally being run from a country club.

The disillusioned electorate that voted for Trump are right to feel the establishment doesn’t care about them, it rarely even considers them. The Democratic Party’s response to Trump has had all the zip of an adulterous journalist phoning in coverage of a conference they didn’t attend, and there isn’t a war he could declare that they won’t back. For Republicans, Trump’s unpredictability is tolerated because his ideology largely overlaps their own. These are disaster capitalists and Trump is their unnatural disaster. They look to adapt to and capitalise on the situation as they would try to find profit in any scenario from hurricane to plague. Whatever happens next, it’s certainly not going to be dull. Or survivable.

The roots of rejection

The Guardian has previously refused to publish a column from Boyle apparently for using bad words. But The Canary feels that our readers find toxic worldviews much more offensive than sweary words or naughty jokes. In that article, Boyle compares Theresa May’s cabinet to the monster mash. He also argues that a ‘moderate’ Labour candidate would fail again against the Conservatives.

Speaking about Boyle’s latest rejected column, a spokesman for The Guardian said:

Frankie Boyle is not a contracted columnist but writes for the Guardian on an ad hoc basis. On this occasion, Frankie approached us with an uncommissioned article which we did not feel was suitable for publication in the Guardian in its entirety and consequently we declined to run the piece in its proposed form.

– Check out the Stop Trump Coalition.