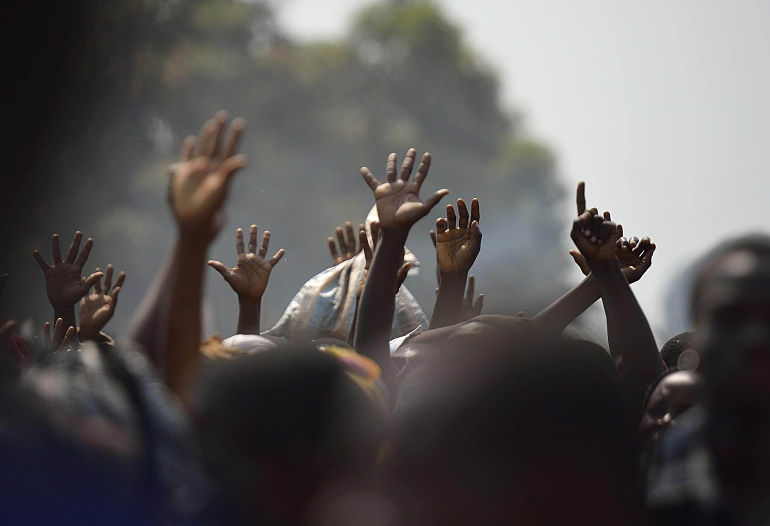 Hundreds of refugees are due to commence class action against illegal detention. If successful, the judgement would set a precedent and send a signal to governments that they have a legal responsibility of care to all refugees and asylum seekers.

That would be bad news for both British Prime Minister Theresa May and US President Donald Trump. May recently waived further responsibility for helping unaccompanied child refugees. The Conservative government also constructed the Calais wall and organised ‘Go home’ billboards. And President Trump has also announced a controversial crackdown on refugees.

The detention of refugees is illegal

The court case concerns hundreds of refugees detained by the Australian government on Manus Island, Papua New Guinea (PNG). The government has held some of them since 2012.

Law firm Slater and Gordon says the case will be: “the largest trial concerning immigration detention” in legal history. And it could set a new precedent.

In April 2016, the PNG supreme court ruled that Australia’s detention of refugees on Manus was illegal. That decision paved the way for a deal with the US to relocate the detainees, not just those on Manus but also on Nauru. After the reportedly disastrous telephone call between Trump and Australian Prime Minister Malcolm Turnbull, it remains unclear whether the deal will proceed.

But the deal is not confined to the US, and could also see resettlement in New Zealand, Canada and Malaysia. The only further development so far, however, is a re-confirmation of an earlier offer by New Zealand. And the Australian government has again rejected that offer.

The Manus Island class action was initiated [pdf] in December 2014, and the legal claims updated [pdf] in August 2016. The Australian government refused to submit documents relating to the refugees’ detention, however. This consequently led to a delay, but the case is now set to arrive in court in May 2017.

The plaintiffs allege physical and psychological injuries and false imprisonment.

Last year, the Papua New Guinea Supreme Court ruled that the detention facility on Manus Island was in breach of the country’s constitution. And in November 2016, the UNHCR made clear that no country, including Australia, should flout international conventions in its treatment of refugees. These include:

Criticism of Australia’s ‘offshore processing’ programme has come from the UN high commissioner for human rights, the UN committee against torture [pdf], the UN special rapporteur on the human rights of migrants, the UN high commissioner for refugees, the UN Human Rights Council [pdf] and Save the Children [pdf]. And several sources have published damning reports on the detention facility on Manus Island and Nauru. These include Human Rights Watch, the UN Rapporteur on Torture [pdf] and Amnesty International.

No government can escape its responsibilities

While compensation will help, justice will only be done when the refugees on Manus and Nauru are relocated to an appropriate country. A possible judgement against illegal detention in Australia, meanwhile, would send a message around the world to figures like Theresa May and Donald Trump. The message? That governments have a legal responsibility of care to all refugees and asylum seekers. And if they fail to adhere to international protocols, they could also face legal action.