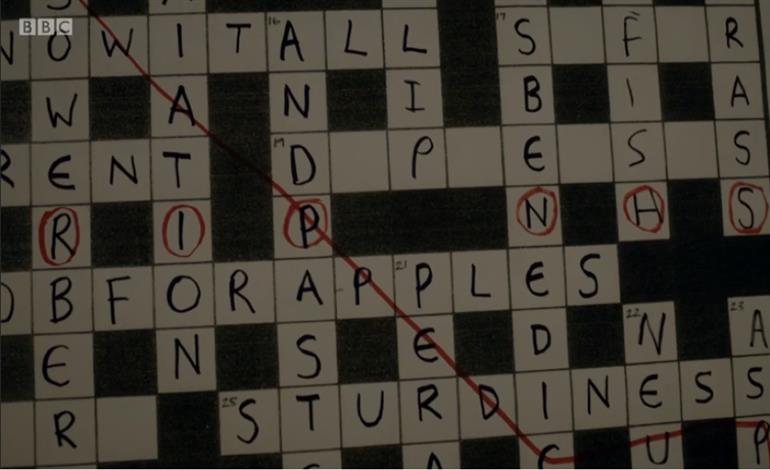 Eagle-eyed BBC viewers got in touch with The Canary this week because they had spotted what they believed to be a subtle political message to the government during regular programming. Given the curiosity the image triggered, we’ve sought to get to the bottom of it.

The alleged message came in the final moments of BBC dark comedy Inside No. 9. During the episode The Riddle of the Sphinx, aired on 28 February, the camera pans to a newspaper crossword. The letters R, I, P, N, H and S are circled in red: 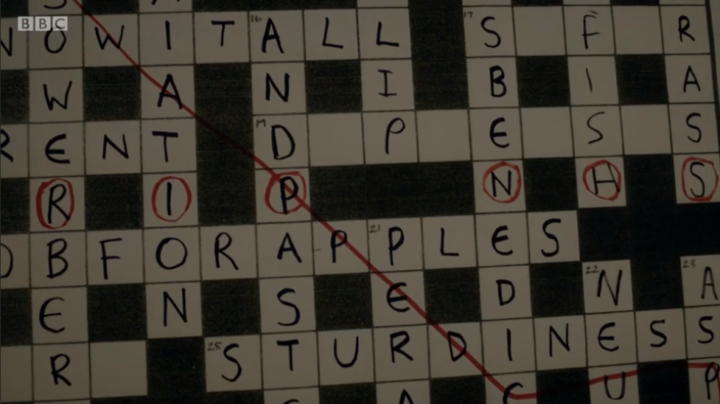 Viewers were left wondering if someone at the BBC wished to send them a message. The NHS is facing its toughest fight yet as the government deliberately underfunds the health service, and uses the subsequent crises to push for privatisation. The Canary approached the BBC for clarification, and received the following response:

NHS are the initials of the professor in question who takes his own life. If we have any further comment to make I will be back in touch.

When pushed, a communications manager at the BBC replied:

It was genuinely a complete coincidence.

We were also told that if viewers look closely, they will spot another hidden message too. We won’t spoil that one for you.

The reason for the reaction is likely because, just a day later, came The Guardian. As Evolve Politics reported on Wednesday:

On Wednesday 1 March, readers of The Guardian got a surprise when they completed the paper’s cryptic crossword. As two answers appeared to be anti-SNP propaganda.

The answers to 12 and 14 across in the paper’s crossword spelled out this: 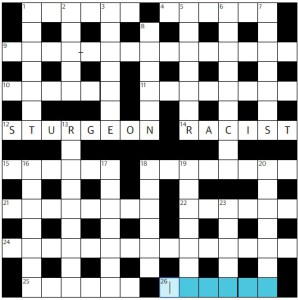 Whether overt anti-SNP propaganda, or an anti-Sturgeon crossword setter with a streak of mischief running through them, the incident raised eyebrows. It came just after London Mayor Sadiq Khan had claimed there was no difference between racism and the Scottish independence movement backed by the SNP.

We’re not going all illuminati here. But it’s an entertaining curiosity nonetheless. We encourage Canary readers to keep their eyes peeled for further ‘messages’. And do contact me at [email protected] if you spot one.

– Join in the #OurNHS march on Saturday 4 March.