Now London’s richest will have their own private police force, Theresa May’s vision is clear - The Canary 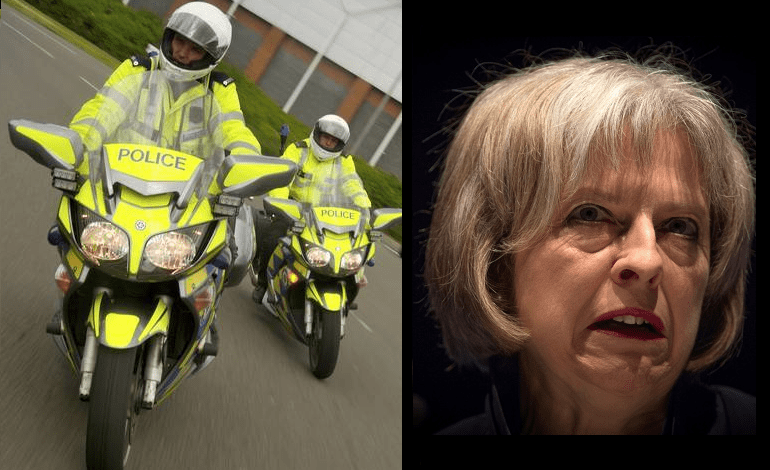 London’s wealthiest people will have their own private police force next month. The development appears to be a benchmark for where Britain is heading under Theresa May.

The Conservative government’s austerity programme has left policing in England and Wales in a “potentially perilous state”, according to a recent report from Her Majesty’s Inspectorate of Constabulary (HMIC). The budget cuts in excess of 20% are creating space for the marketisation of the police force.

In April, former Metropolitan Police detectives Tony Nash and David McKelvey are launching the UK’s largest and most sophisticated private firm to police the streets of Knightsbridge, Belgravia and Mayfair.

The agency, called My Local Bobby (MLB), will be [paywall] the first firm to offer services all the way to full private prosecutions. There will be around 20 officers working for the private company from next month.

The Met denied a categorical statement from The Times [paywall] that it had signed a Memorandum of Understanding with the MLB. This would allow the private firm unprecedented access to the public sector’s Police National Database (PND). The controversial PND contains sensitive data on over 15 million people. And not just criminals. Even the most minor or unjust brush with the law is kept on the database for life.

The Met told The Canary that it has “no knowledge” of such a Memorandum of Understanding.

The public should also be in no doubt that the Metropolitan Police has the resources its needs to police London – there is more funding per head of population than anywhere else in the country.

But a critic would point out that such a claim says more about the lack of resources elsewhere in the country. And the cynical among us would say that this move towards private policing is not an accident. Rather, privatisation is the aim of budget cuts.