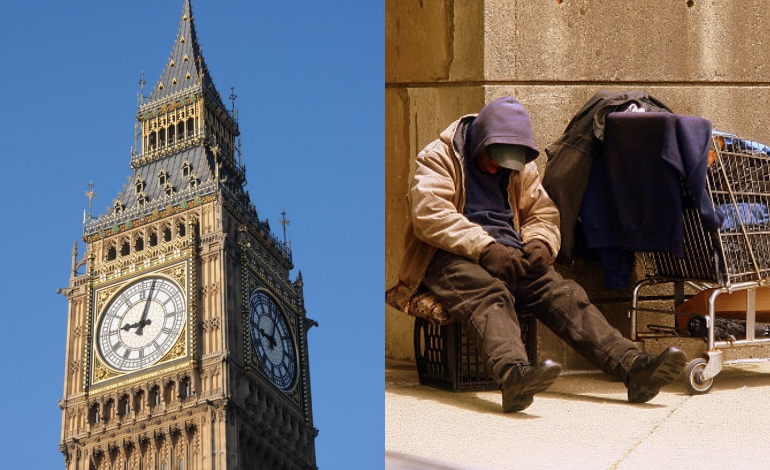 On Friday 3 March, the government proved that parliament doesn’t need to even be sitting in order to screw over the poor. MPs weren’t even in parliament when the government pushed through cuts [pdf] that affect new Jobseeker’s Allowance claimants aged between 18 and 21. Those making claims under universal credit will no longer be able to claim housing benefit.

In recent weeks, the government has also used statutory instruments to deny Personal Independence Payments (PIP) to 160,000 people. And at the same time, they awarded the royal family an extra £360m.

Massive cuts with no debate

And now, they have used them to cut housing benefit from young people with no debate. The Department of Work and Pensions (DWP) claims that the changes will save £105m by 2020.

Parents, orphans, care leavers, domestic abuse victims, people with disabilities, and those in temporary accommodation will be exempt. But the decision has been widely criticised.

This ill-judged policy could force thousands of young people on to the streets. The government’s plans could both cost the tax payer more money than it saves and force more young people into homelessness.

And Noblet believes that people will slip through the net and that there is:

no guarantee that exemptions to the policy for some vulnerable young people will actually prevent them slipping through the safety net.

A spokesperson for the DWP stated:

We want to make sure that 18 to 21-year-olds do not slip straight into a life on benefits, which is why we are helping young people get the training, skills and experience they need to move into a job and build a career. This government is delivering on its commitment to ensure young people in the benefit system face the same choices as young people who work but may not be able to afford to leave home. We know that personal circumstances will differ so we have worked closely with charities and the housing sector to develop a fair and robust set of exemptions to protect the most vulnerable young people.

Where are young people supposed to go?

Shadow Health Secretary John Healey believes there will be large numbers of young people with “nowhere to go”:

This disgraceful cut to housing support will leave thousands of young people with nowhere to go. Many could end up on the streets.

According to the legislation, there is an expectation that young people should live with their parents. But this does not take into account families already on the poverty line; families that may have been claiming housing benefit or child tax credits for the child before they reached 18.

The government has repeatedly shown its contempt for young people. From the scrapping of Education Maintenance Allowance (EMA) in England, increasing tuition fees and now denying benefits, young people now face an uncertain future. That is unless they happen to be the children of rich politicians.

And for the government to take away support from a generation without parliament even sitting is a massive slap in the face for democracy.