When faced with the reality of life in disabled Britain, some politicians just ran a mile [IMAGES] - Canary 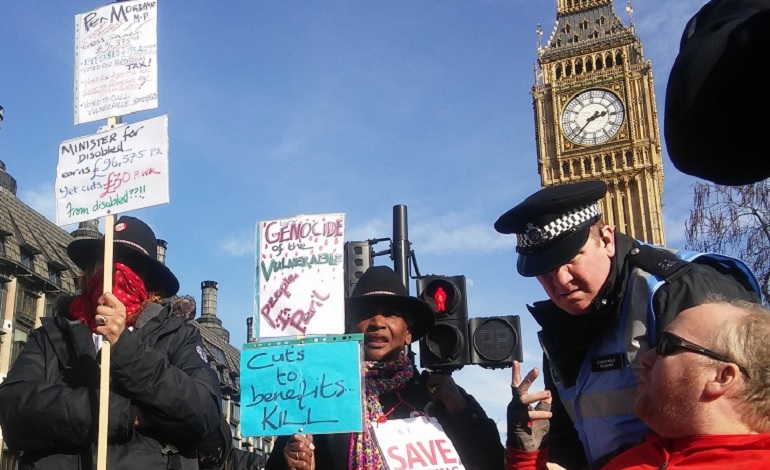 On Tuesday 7 March, Westminster was brought to a standstill as the reality of more government cuts was highlighted. And politicians, after being asked some difficult questions by disabled people, did not wish to hang around.

Campaign groups Disabled People Against Cuts (DPAC) and the Mental Health Resistance Network (MHRN) had organised a demo outside parliament. It was highlighting the latest round of government cuts to welfare. These cuts will see benefits stripped from 160,000 people living with mental health issues. Benefits they’re entitled to.

Politicians including Shadow Work and Pensions Secretary Debbie Abrahams, co-Leader of the Green Party Jonathan Bartley, and Shadow Minister for Disabled People Marie Rimmer were present. But campaigners were angry about opposition MPs’ lack of action over government cuts; and the treatment of disabled people more broadly. Many of them felt that MPs did little on Tuesday to quell any concerns they may have. Especially because some left as quickly as they had arrived.

As The Canary previously reported, the government is cutting Personal Independence Payments (PIP). This comes after two judges ruled that the PIP mobility element should be extended to:

But the Tories disagreed. And they have now excluded these people from getting PIP. Because the Department for Work and Pensions (DWP) warned that the changes would cost £3.7bn extra by 2022. So, essentially, the government introduced emergency legislation in order to save money at the expense of disabled people. 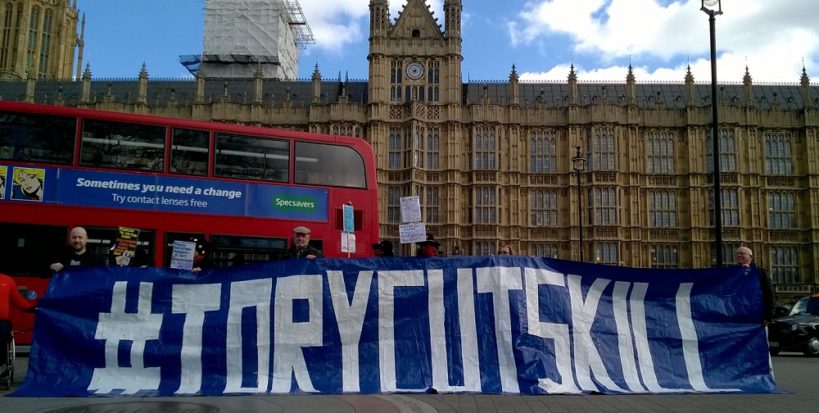 While marching through the roads around parliament, people chanted “Tory cuts kill!” and “Put the Tories in the Dock!” 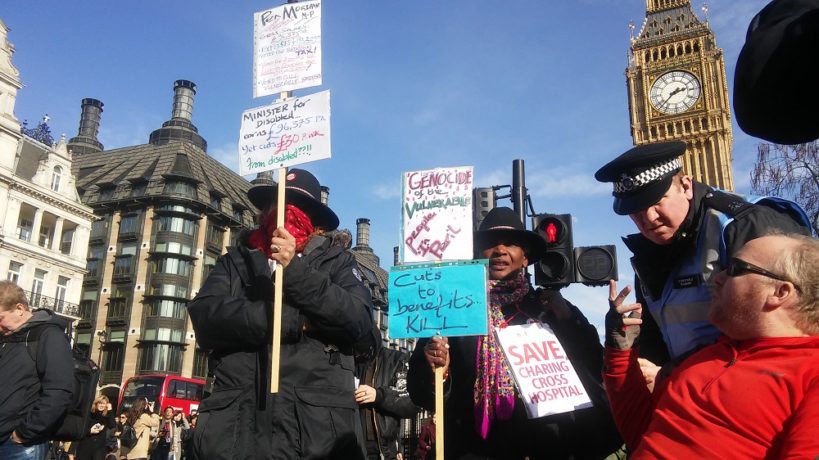 And disabled people then blocked Westminster traffic in all directions. For around an hour: 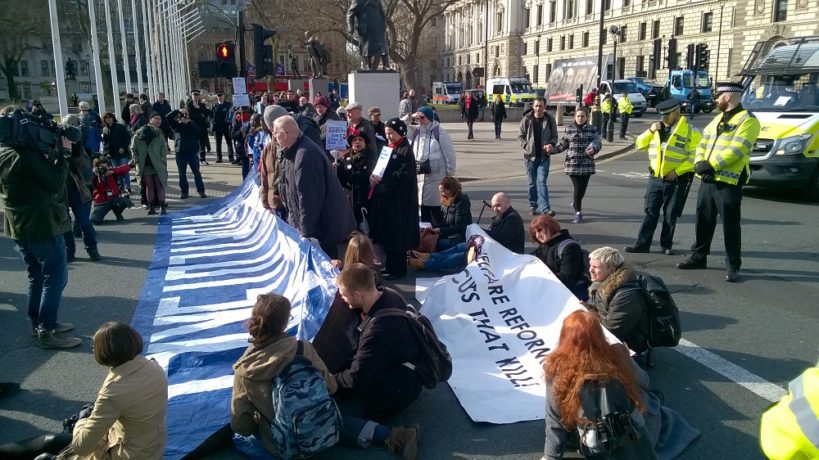 Just last year, the UN slammed the government over “grave” and “systematic” violations of disabled people’s human rights. And the government’s response? To ignore it.

It would seem that the government is hell-bent on inflicting even more suffering on disabled people. But opposition parties, most notably Labour, have not done enough to act on this. Abrahams promised in January to ask for a parliamentary debate on the report. That debate is still, to this day, outstanding.

As the current affairs show The Last Leg said on 3 March:

At first these cuts looked like a good plan experiencing teething problems, then it started to feel like a badly executed system. But now – it’s beginning to look a lot like disabled genocide. This government is slowly killing off a generation of disabled people.

The Canary’s film of the DPAC demonstration will be out on Wednesday 8 March.