Despite slamming UN critiques, the US government is fully aware of what's going on in Israel - Canary 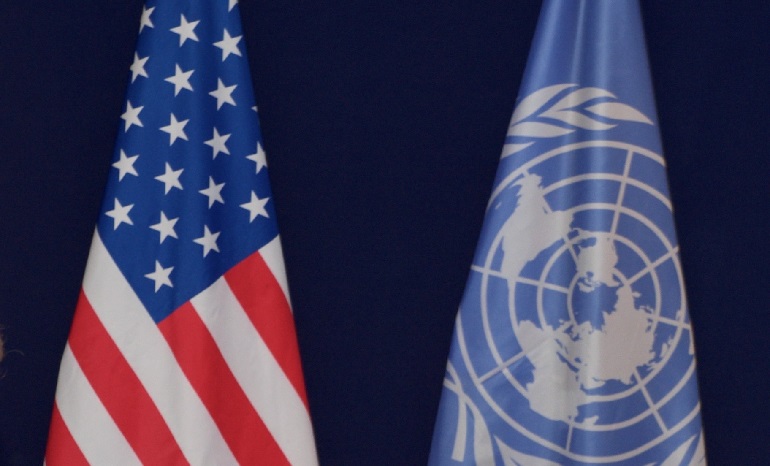 Donald Trump has previously suggested that the US will no longer abstain on UN resolutions which critique Israel. And US Ambassador to the UN Nikki Haley recently said she would stand up to the organisation’s supposed “anti-Israel bias”. But despite this opposition to UN action, a recent Department of State report shows that the US is completely aware of the highly problematic situation in Israel today.

As Haaretz explains, the recently released Country Reports on Human Rights Practices for 2016 devoted more pages to Israel and Palestine than to anywhere else in the world.

The report on Israel described how:

Hostility in Israel towards the media and human rights groups

The report also explained how:

The connected report on Israeli-occupied Palestinian territories, meanwhile, spoke of how:

Criticism, but no action likely

In short, the State Department report contains significant criticism of Israeli actions. But while the US government is fully aware of the human rights issues, President Trump is unlikely to take significant action. He has already formed a close relationship with Israeli Prime Minister Benjamin Netanyahu; the man who oversaw Israel’s war crimes during its 2014 offensive on Gaza. And he recently seemed to back away from the ‘two-state solution’ to the Israeli-Palestinian conflict that has long been at the centre of US peacemaking efforts.

With this in mind, we have an important task ahead of us. The next time the Trump Administration criticises UN condemnation of Israeli crimes, let’s remind it of the human rights issues which the US government itself has highlighted.

– See more on Palestine and Israel at The Canary Global. Also visit our Facebook and Twitter pages.